Hovering In A Haze

Did the proponents of the AI-Indian merger fail in weighing its pros and cons? 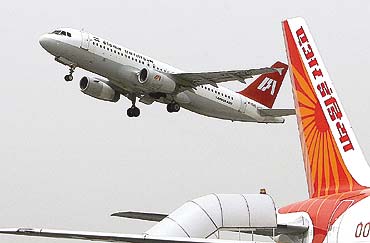 Even as the NACIL was streamlining the operational aspects and sorting out the human resources issues, the Delhi High Court has directed the authorities to put on hold any further administrative decisions till it had responded to a writ petition filed by the Air India Cabin Crew Association (AICCA), which also alleges non-payment of employees' dues of Rs 1,450 crore—including wages and incentives to employees of both the carriers. The AICCA, according to its general secretary Sanjay Lazar, "has questioned whether a policy sanctioned by Parliament through the enactment of a statute can be reversed, altered or modified through an executive or quasi-judicial order—without reverting to Parliament."

It was in 1994 that Air India and Indian Airlines became distinct and separate companies following the enactment of the Air Corporations (Transfer of Undertakings & Repeal) Act. And this isn't the first time the government's plans for restructuring PSUs have faced similar union hurdles. Moves to hive off stake in oil majors Hindustan Petroleum Corporation Ltd and Bharat Petroleum Corporation Ltd had hit a union roadblock, so did the MTNL-BSNL merger.