Hot Under The Collar, Mr Goon? 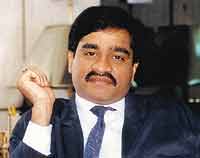 Late evening on July 19, the Mumbai police got a call from the home office in Delhi. Apparently, Tariq Parveen, a top aide of exiled don Dawood Ibrahim, was on Air-India flight AI-717 from Dubai. Parveen, wanted in Mumbai on extortion and illegal arms possession charges, wasn’t fool enough to come on his own. The United Arab Emirates sometimes carries out extraditions in a peculiar way. A criminal is just put on a flight with no escorts and the recipient government is informed on take-off. That was how the cops came to be waiting when he landed at Mumbai airport’s arrivals counter at about 9:30 pm.

Parveen’s arrest was yet another blow for Dawood. A court in Portugal had earlier ordered Abu Salem’s extradition, arrested in that country along with consort Monica Bedi. There are also reports that extortionist Ejaz Lakdawala and druglord Iqbal Mirchi, both key Dawood operatives, have been nabbed outside India but the Mumbai police won’t confirm this. Four years ago, Dawood had sent two hitmen to Bangkok to eliminate rival Chhota Rajan. Rajan escaped but the hitmen, Mohammed Yusuf and Mohammed Salim, were caught. Last week, a Thai court sentenced Yusuf to death and Salim to life imprisonment.

All this comes at a time of relative peace —there are virtually no extortion-related complaints filed with the Mumbai police today. "Underworld activities are at their lowest ebb today," says commissioner A.N. Roy. He attributes the concerted international crackdown to several factors, the chief being "the change in the world post-9/11". He adds, "Governments that used to harbour underworld characters are under immense international pressure to stop doing so, one reason why Dawood’s gang is on the run." The extradition of Dawood himself, though, has proved to be difficult. He’s still believed to be in Pakistan but according to a senior official, "he’s shifted base from Karachi".

It's An Air-tight Wrap