There are lessons to be learnt from Michael Mascarenhas' troubles 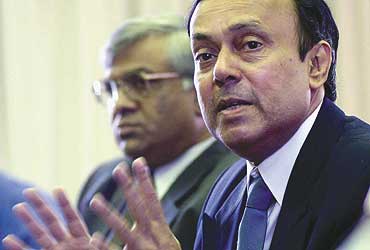 outlookindia.com
-0001-11-30T00:00:00+0553
Two curious developments took place after the CBI cleared Air-India managing director Michael Mascarenhas of corruption charges and paved the way for his reinstatement, barely two days before his retirement. One, civil aviation ministry officials refused comment on an issue as important as the reinstatement of the head of the country's international carrier. And two, telephone operators at Air-India's Mumbai office found their lines jammed with calls from lawyers offering services in case Mascarenhas decides to sue those responsible for the slur on his name.

Speaking to Outlook, Mascarenhas admitted he was contemplating taking legal action against a few bureaucrats and Air-India officials, who he felt were behind the current crisis (see interview).

Industry sources said counter-charges would primarily be directed towards the troika of Air-India commercial director V.K. Verma, civil aviation secretary A.H. Jung and former civil aviation minister Sharad Yadav. The fourth person in the line of fire could be Air-India's chief vigilance officer M.B. Sagar, who prepared the initial report against Mascarenhas with Verma's help, based on which the CBI initiated proceedings. Mascarenhas was suspended on May 23 for allegedly granting undue favours to a London-based general sales agent (GSA), Welcome Travels, resulting in a Rs 1.7-crore loss to the airline.

"Isn't it justifiable for any company executive to grant benefits to a person who guarantees additional business, especially during a slump?" asks a senior aviation analyst, adding: "Scores of Indian companies make similar incentive-linked decisions to beef up bottomlines. What's wrong in that? Or was it that the government simply wanted Mascarenhas out? This case is the result of politicians and bureaucrats victimising one of India's finest aviation experts."

But now, even as Mascarenhas moves out of the airline, the ministry and a few Air-India top brass are faced with tremendous embarrassment because of the CBI clean chit, which not only absolves the MD of any such mala fide intentions but also adds a subtle point about how a trifling matter like this should ideally have been handled by an internal departmental enquiry.

Following are some embarrassing pointers the current minister Shahnawaz Hussain and his bureaucrats are saddled with:


Now whether or not Hussain manages to get answers, the Mascarenhas case will remain a sore point in the already battered reputation of the country's international carrier. And also a lesson for all future heads of the country's state-owned organisations who take pro-active decisions in depressing markets.