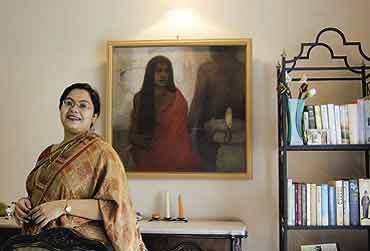 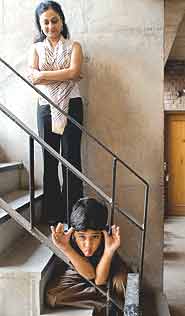 She's feeling at home with her choices; the new choices she's making at home. "Just because I can't find the right man to marry doesn't mean I can't be mom," says Chandigarh-based journalist Nanki Hans, 41, a single mother who conceived her son through artificial insemination eight years ago. Just as unwilling to accept marriage as synonymous with "settling down" for women, Srabasti Banerjee, 36, teacher at Calcutta's Haryana Vidyamandir school, savours her singledom: "Why should I have to identify myself in relation to someone else? I don't want my life dictated by a husband."

As averse to being ruled unquestioningly by family mores prescribed for women, married Rashida Bi, 48, insists that her mother stays with her and not with her brothers. "It's a bold decision, given that women are considered paraya dhan (someone else's property), but I won't have it any other way." Like Pushpa Bhagat at 73, seven years since her husband's death, has been living life on her own terms, and on her own, in...