"Histories Cannot End Up In Pentagon"

Wikileaks founder Jullian Assange,confined in a foreign embassy in London, on his past actions and what it means to be branded anti-national. 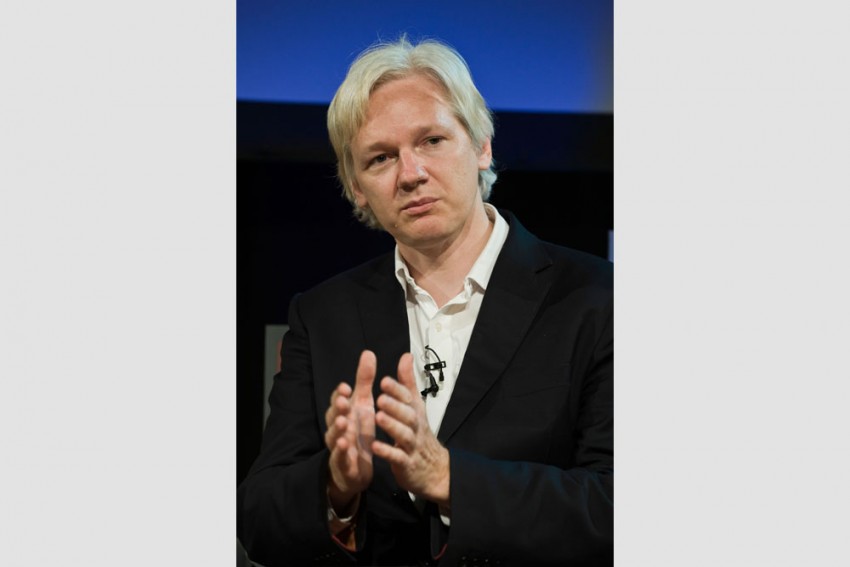 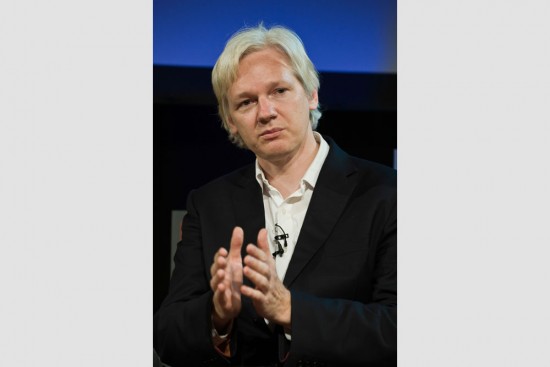 In the heart of London, Julian­ Assange, the man behind WikiLeaks, has been confined to a life within the walls of the Ecuador embassy since August 2012 when he sought asylum and was granted ‘diplomatic’ and not ‘political’ asylum.

Earlier this month, the United Nations Working Group on Arbitrary Detention (WGAD) confirmed that he was arbitrarily detained. But the UK and Sweden rejected the pronouncement since it was not legally binding on them. British Prime Minister David Cameron has asked Assange to end “this whole sordid saga,” pointing out that it was Assange who detained himself. Following that another UN human rights expert, Alfred de Zayas, urged the two countries to follow the UN panel recommendations, in vain. The curious situation of Assange gets increasingly more so. It’s clearly known that he voluntarily sought refuge at the embassy and could walk out at his free will. So why is he still there?

In the Swedish case against Assange over the rape and molestation charges, Assange has maintained that he has been cleared. He had gone to the Swedish police in 2010 but no charges were laid, yet the Swedish authorities maintain the preliminary inv­estigation is on and public prosecutor Marianne Ny is reportedly filing a fresh application to interview him at the Ecuadorian embassy in London. Yet, until now, the Swedish authorities have been dragging their feet on the case. And now reports say that the ­investigation will remain alive till 2020. Curiouser and curiouser?

As for Assange’s concern about being extradited from Sweden to the US (where he could face a grand jury indi­ctment on treason-related charges and may face the same fate as Bradley (now Chelsea) Manning, but several commentators say that there is no real ­evidence that the US would try to extradite him from Sweden. So why would Assange want to imprison himself in the confines of a building? Meanwhile, taxpayers in the UK have shelled out more than 13 million pounds for Assange’s security.

Amidst all the confusion and mystery surrounding the case, and reports pouring in that Daniel Craig is all set to play a role resembling Assange in the TV adaptation of Jonathan Franzen’s Purity, Nabanita Sircar spoke to the man himself over the phone. Here’s the exclusive interview:

Now that the UK and Sweden have rej­ected the UN working committee’s verdict, what will be your next move? Are you considering going to the European Court of Human Rights?

We’re looking at a variety of enforcing mechanisms right now. The UN too has come to our aid and once again put out a statement calling for Sweden and the UK to carry out the verdict. There are a variety of options for us, be it through the UN system or through criminal justice or through the international courts. 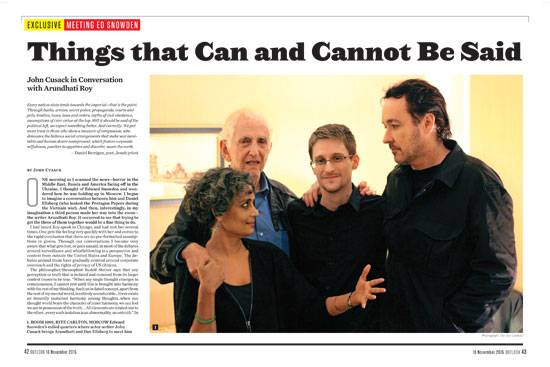 That’s a very good question. The space for change in many ways is shrinking, in some other ways it is increasing. For INS­tance, publishers in one state are able to reach out to readers in another. Consider how the largest portion of WikiLeaks comes from India. This is exactly what has led traditional establishments to cl­amp down on us. And what’s more, as ­effective publishing gives way to more effective publishing, the establishment wants to both kill it and nick it.

How justified were you in leaking the classified documents on the US war in Afghanistan and Iraq to the public?

"WikiLeaks needs no ­justification. We publish documents of supreme historical importance to the people of countries like Iran and Afganistan."

Publishing requires no justification. It is our right, laid down in our international treaties and much of domestic law. If you look at WikiLeaks, which has now actually published more than 10 million documents over a nine-year period, you’ll see how what we have published led to successful court cases against people and helped to set things right. For example, a German citizen of Maastricht was kidnapped by the CIA and six times our documents provided for a favourable jud­­g­ement for him. Similarly, the material we published about Afghanistan revealed how the US was involved in the deaths of 20,000 people there. Those documents are of supreme historical significance to their populations. They are the acknowledgment of the history of Afghanistan and they do not belong to the Pentagon. They belong to the people who suffered and to global history as a whole.

Why do you believe you will be extradited from Sweden by the US, when Sweden prohibits extradition on the basis of political offence? And would it not be easier for the US to extradite you from the UK?

I sought and received asylum from Ecuador, which was my legal right. Remember Sweden has granted 100 per cent extradition rights to the United States for the past 15 years while the UK only grants 90 per cent.

You are accused of seeking immunity from the criminal justice systems of two democratic countries, namely Sweden and the UK.

And as you know very well, I have not been charged. I have already been cleared in relation to the Swedish case. Let’s not forget that even the woman herself has said the police made it up.