His Own Mt Sinai

As Midnight's Children celebrates its 25th anniversary, Salman Rushdie recalls its long and painful birth - and the day Indira Gandhi sued him for one sentence 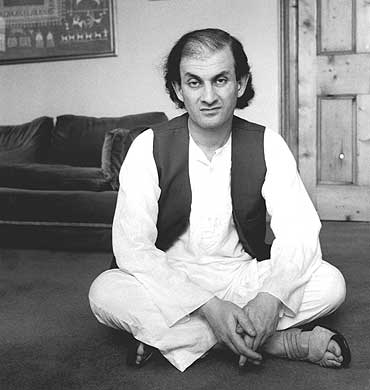 In 1975 I published my first novel, Grimus, and decided to use the seven-hundred-pound advance to travel in India as cheaply as possible for as long as I could make the money last, and on that journey of fifteen-hour bus rides and humble hostelries Midnight's Children was born.

It was the year that India became a nuclear power and Margaret Thatcher was elected leader of the Conservative Party and Sheikh Mujib, the founder of Bangladesh, was murdered; when the Baader-Meinhof Gang was on trial in Stuttgart and Bill Clinton married Hillary Rodham and the last Americans were evacuated from Saigon and Generalissimo Franco died. In Cambodia it was the Khmer Rouge's bloody Year Zero. E.L. Doctorow published Ragtime that year, and David Mamet wrote American Buffalo, and Eugenio Montale won the Nobel Prize. And just after my return from India, Mrs Indira Gandhi was convicted of election fraud, and one week after my twenty-eighth birthday she declared a State of Emergency and assumed tyrannical powers. It was the beginning of a long period of darkness which would not end until 1977. I understood almost at once that Mrs G. had somehow become central to my still-tentative literary plans.