G.K. Pillai’s revelations are the latest trip-’em-up tactic in the games NDA and UPA have played over Ishrat’s body 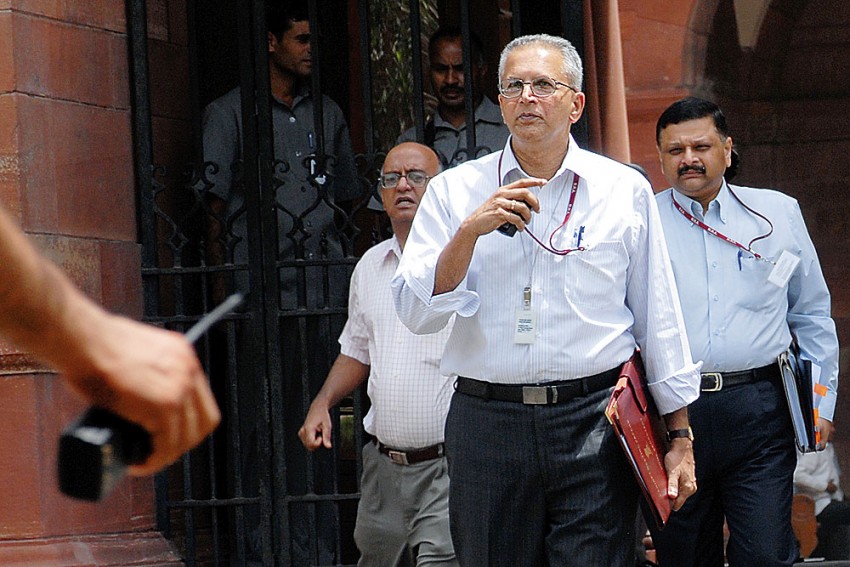 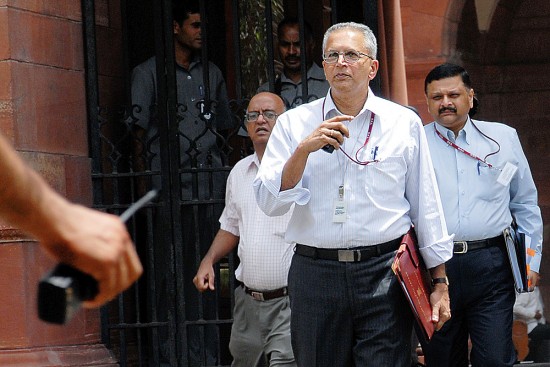 Sifting facts from politics in the Ishrat Jahan case is not easy. The growing buzz in Delhi is that, after Chidambaram’s, a bunch of other Congress names will tumble out of the closet as the Modi regime seeks to go full steam to embarrass the previous regime.

It’s a game both sides have played. Rumour has it that on September 15, 2013, two days after Narendra Modi had been declared the NDA’s prime ministerial candidate, a meeting was hastily convened at the residence of then DoPT minister V. Narayanasamy on Tughlak Crescent. Also present were Congress leaders Ahmed Patel and Kapil Sibal. The subject: Modi and the Ishrat Jahan encounter. This meeting was followed by another one on October 2 at the same venue, also attended by then CBI chief Ranjit Sinha. Could Modi be implicated in the CBI chargesheet was the question. But Sinha didn’t play ball. Says a senior IB official, now retired, “There was a concerted effort by the government of the day to implicate the Gujarat CM and the draft CBI chargesheet even had the names of Modi and Amit Shah.”

Some facts of the case are indisputable. When Ishrat’s mother and Javed Sheikh’s father filed a petition in an Ahmedabad court in 2009, the Union home ministry filed an affidavit that the encounter was genuine and the four dead were indeed LeT terrorists. It let Modi and Shah off the hook as far as the “fake encounter” theory was concerned. Now, then home secretary G.K. Pillai has stated that a second affidavit, filed as a supplementary, was dictated by then home minister P. Chidambaram to a junior officer and the file was post facto put up before the home secretary. “No inputs from the IB or the MHA were taken. The views were clearly that of the minister,” Pillai told Outlook. He admits he did not record any objections. “While filing a noting, we usually object if there’s something unusual—like not being in conformity with the law. In this case, that was not so. But yes, the references to LeT and the role of Ishrat and her accomplices were all gone,” he says. “In hindsight, I should have specified that the affidavit  was dictated by the minister.” 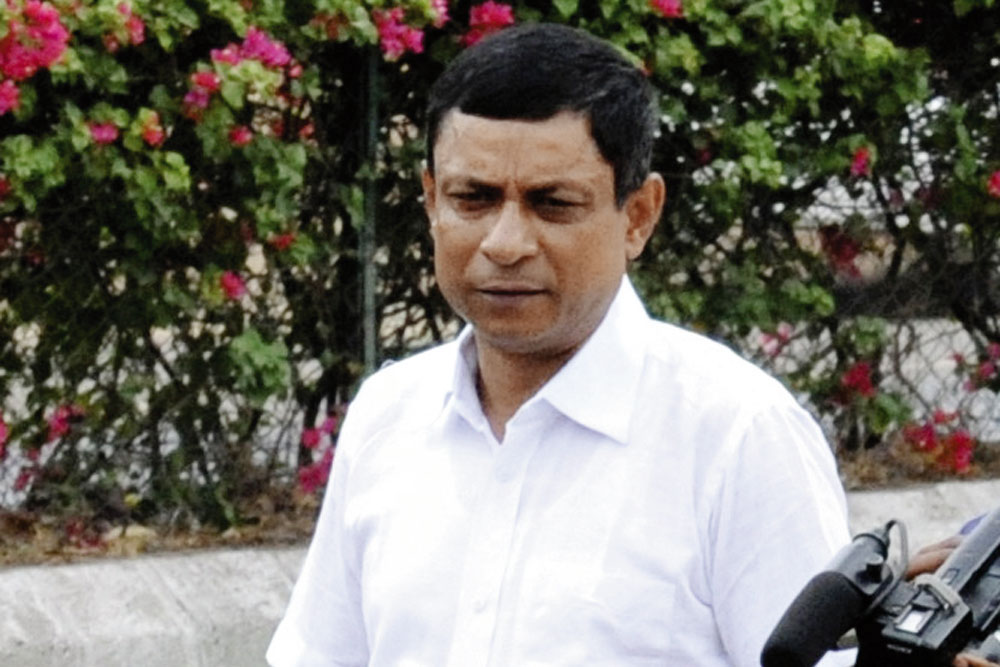 Eyebrows have gone up at Pillai’s recent admissions. After all he now works for businessman Gautam Adani, considered close to Prime Minister Modi. What his critics overlook, however, is that, as home secretary, Pillai had also denied security clearance to Adani Ports based on adverse reports from customs. He also says he’d joined the group only after the prescribed cooling-off period for retiring bureaucrats.

Chidambaram stands by the second affidavit, insisting it was seconded by officials, including the home secretary. “There was a discussion and a decision to file a second or supplemental affidavit was made. Officials put up a draft vetted by the attorney-general. The home secretary put up the draft to me on September 23. I made some amendments and returned it,” Chidambaram said, contradicting Pillai.

The second affidavit was necessitated by a handwritten 247-page report of Ahmedabad metropolitan magistrate S.P. Tamang, which unequivocally said the encounter was fake, carried out by cops looking for promotions and personal glory. While staying the report, the Gujarat High Court said, “the learned magistrate has straightaway come to a definite conclusion that the encounter was fake...he has not heard either the aff­ected police officials nor the state government...it amounts to overreaching the process issued by this court.” The court ordered the registrar general to conduct an inquiry against Tamang. The high court order was challenged in the Supreme Court, which ordered a fresh bench to hear the case. A bench of Justices Abhilasha Kumari and Jayant Patel concurred with the views of the high court.  Nevertheless, the court constituted an SIT to probe the encounter. If the UPA’s plan was to put the Modi’s state government in the dock with an SIT, it had succeeded.

Constituting the SIT became a problem: one after another, officers excused themselves. “Besides, officers who headed the SIT were either on central deputation or from Congress-ruled states, as BJP states would not spare their officers,” say sources.

The SIT under Karnail Singh, its first chief who was transferred to Mizoram and whom the state said it couldn’t spare, app­ointed a joint panel of forensic experts, Dr T.D. Dogra from AIIMS and another officer from the CFSL. “The CFSL was reporting to the CBI and the team came to the conclusion that the encounter was genuine. That report was ignored by the SIT headed by Satish Verma. The question is why,” asks former IB special director Rajinder Kumar.

Of the four in the Indica involved in the encounter, Amjad Ali Rana had apparently been treated for bullet injuries sustained while he was crossing the LoC. IB sleuths wonder how Ishrat did not know the man was injured. The terrorists made at least 23 calls to Pakistan the day before the encounter. There are phone taps for this and the calls made from GSM phones by the group. In fact, then IB chief Asif Ibrahim had said sanction to prosecute Rajender Kumar and other IB officers should not be given.

There are other ways, Kumar says, he was implicated. The CBI’s chargesheet says Javed Sheikh, Ishrat Jahan and the others were kept in illegal custody for  several days before June 15, 2004—when it said they were shot dead in cold blood on  a highway on the outskirts of Ahmedabad. The CBI’s version does not fit in with the statement of Surat motor mechanic Manoj Kumar Sidhpura. He says the blue Indica car had come to his Shakti Motors workshop at 6.30 pm on June 14, 2004, to get the eng­ine oil and filter changed. The car, he says, had two occupants, including a woman.

The CBI chargesheet says of the terrorists, Amjad Ali came to Ahmedabad on May 27, 2004. It also says that police officers including DG Vanzara, P.P. Pandey and Rajinder Kumar met Javed and Ishrat Jahan during their illegal custody on different days and times. Rajinder Kumar says he was in the US from May 13 to June 2. The entire CBI case is built on testimonies of the policemen, says Kumar.

Vanzara, Singhal and others were implicated in the Sohrabuddin Sheikh fake encounter case. “The CBI did not file a chargesheet within the mandatory 90 days against some of these officers who were behind bars for over eight years. You can draw your own conclusions,” he says.

However, Kumar is unable to explain why the terrorists, who were armed with AK-47 rifles, could not shoot straight. None of the policemen in the encounter were injured. SIT versus IB versus state police versus CBI. The Ishrat Jahan case is one where it will be difficult to answer the question: who is it exactly who managed a fake encounter with facts, the NDA or the UPA?