Some brawnie points for our man, the first to infiltrate the big, bulging meatshop of entertainment wrestling 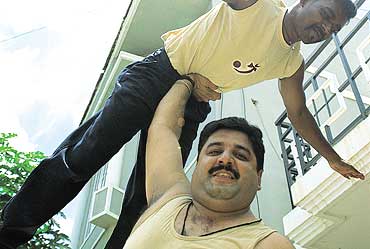 outlookindia.com
-0001-11-30T00:00:00+0553
Others lift weights and pump iron. Manoj Chopra lifts cars and rolls metal saucepans. And that's just when he is training. For what Chopra really aims to do is toss over his shoulder the world's strongest men in World Wrestling Entertainment (WWE). Come January, the 6-ft-5-inch Bangalorean, who weighs in at 142 kg, will be the first Indian to enrol at the Ultimate University of Wrestling in Los Angeles, a prep school of sorts for the pinnacle of show wrestling, the WWE. The 17-month university programme is allied to the Ultimate Pro Wrestling (UPW) network, giving students actual show experience both live and on television.

The 34-year-old Chopra's dream began eight years ago when he watched a TV show featuring the World's Strongest Men. There wasn't a single Indian flag in that worldwide contest and Chopra decided to rectify that. He shut down his travel agency to get on the brawn trail. But he had no clue on how to go about getting professional help to realise his quirky dream. So he did the next best thing—devised his own training programme. This involved blowing into a hot water bottle until it bursts, lifting cars, tearing thick telephone directories in half, crushing cans of soft drink and stalling moving cars tied to his body. A decidedly unusual routine that no regular gym could provide facilities for, forcing Chopra to take to the roads. And there was just one way to ensure that traffic didn't come to a standstill, and that was to practice at night. Says Chopra: "Even now my routine begins at 12.30 am and continues till 4 am." He catches about six hours of sleep during the day before he hits the gyms for 'conventional' training in the evening.

A couple of years ago, he grouped together regulars from his local gym into a 'Power Team' that gives public performances alongside him. This group of tae-kwon-do black belts acts as a foil to Chopra's daredevil stunts, which include driving vehicles over his teammates who lie on a bed of nails. His first international break happened when he travelled to the Bangkok Asian Games in 1998, on his own steam, to perform for athletes in the sports villages there. He got onto the radar screens of event management companies who invited him over to South Africa.

A casual conversation in a gym there gave him the contact address for Team Extreme, a US-based stunt team. In New Mexico to participate in a Team Extreme event, he rubbed shoulders with the big names: Steve 'Sting' Borden, Ragner and the 'Million Dollar Man', all professional wrestlers. Says Chopra: "I realised I needed professional training to reach that level of competition." When he was invited to be part of the training team at the World Strong Man competition in Arizona early this year, Chopra took a detour to California. His presentation to the upw faculty and 'Sting' Borden's recommendation helped him wrest that coveted place at the wrestling university.

But this genial giant who de-stresses by performing magic tricks for school children believes that power has a purpose. Back home, his show routines in schools and colleges are always free, meant to popularise the 'Power Team' dictum of 'no drugs, no tobacco, no alcohol'. Clean living and strong arm wrestling are his panacea for a trouble-free world. 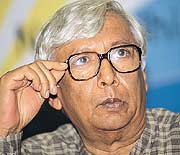