His Life, And Rocket Science

Nambi Narayanan’s career in ISRO is also a history of that national centre of excellence. Then, there are ugly warts—his shameful framing as a spy. 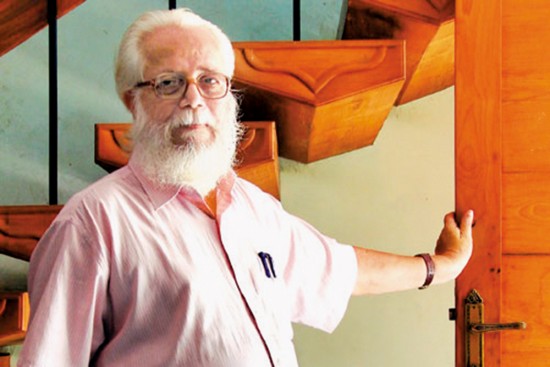 On November 30, 1994, Nambi Narayanan, the person leading the team to develop a liquid propulsion rocket engine at Indian Space Research Organisation (ISRO) was arrested by the Kerala police. He, along with other ISRO employees and two Maldivian women, were charged with working for Pakistan. The charge was that they had stolen the drawings and documents of the cryogenic engine. Nambi Narayanan was supposed to be responsible for giving the drawings through a series of intermediaries to the Maldivian women.

This book is a recounting and the den­ouement of this sensational case by Narayanan, and an autobiographical account of his life and career. Narayanan graduated as an engineer in 1965 and started working at ISRO in 1966, from where he retired in 2001. His long stint at ISRO also coincided with the evolution of ISRO from a small set-up which launched sounding rockets from Thumba near Thiruvananthapuram, to the powerhouse it is now.

In the ’70s, ISRO developed the Satellite Launch Vehicle (SLV), which used a solid propellant. This was follo­wed by the Augmented Satellite Launch Vehicle (ASLV), which was also solid fuelled. However, to be able to launch larger satellites, more efficient and powerful liquid fuelled engines were required. There was a lot of resistance to go for this, as opposed to the time-tested solid propellant one. Narayanan, a passionate believer in liquid propulsion technology, was chosen by Satish Dhawan, who was heading ISRO, to lead a team to bring the technology from the French and then indigenise it.

The book comprises two parallel narratives—one is the incarceration of Narayanan and his subsequent travails with the investigative agencies and the judiciary; the other is mostly his role in developing and testing the first liquid propulsion engine. The ISRO parts give a good insight...