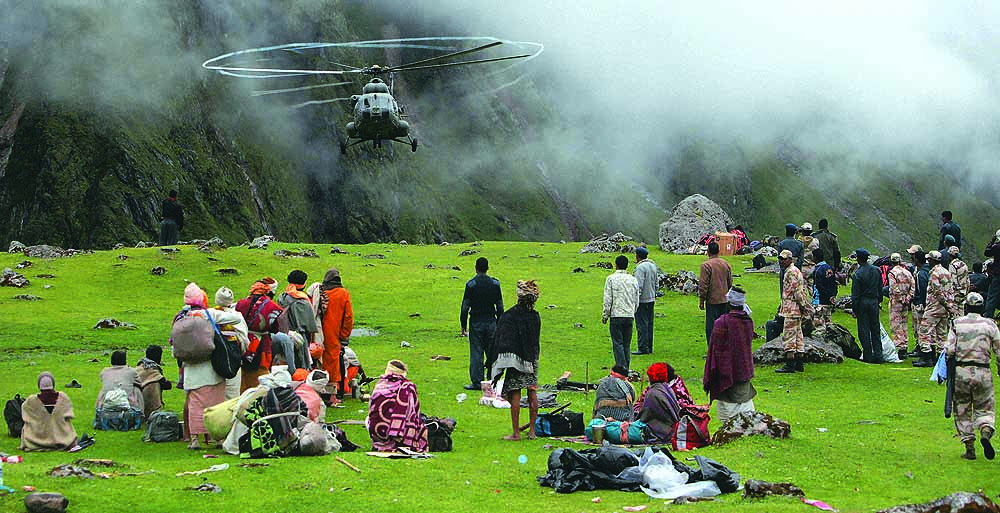 Pilgrimages are difficult journeys. They are meant to be. A relinquishing of life’s comforts is part of the idea. A 19th century picture of Kedarnath from the archives of the Geological Survey of India shows the temple stand tall amidst a landscape of nothing but imposing mountains. Mystics and wanderers have spoken of streams of consciousness and energy flowing in such places. With no distraction, just the vastness of nature all around, the pilgrim finds a sense of penance and, sometimes, his sense of self. Over the years, such journeys have become easier, with better transport and connectivity. Kedarnath is no exception. But still, not all difficulties have been eliminated. People come from everywhere, and every hardship, every stiff joint finds itself alive, exhilarating with joy.

For Ravi and Rekha Sharma, what pushed them on despite the difficulties was the fervour of devotees along the way. On June 16, the sound of the sheets of water pouring down had been violent and deafening. The rain hadn’t paused, even for the span of a breath. The couple from Baroda in Gujarat had had their Kedarnath darshan. It was on the trek down they were caught in the downpour. The beautiful landscape that had taken Rekha’s breath away the afternoon they had arrived was forgotten. There was something ominous about the sheets and bursts of rain, the thunder, the howling wind. Rekha had tried to hold her husband’s arm, but found the support of the mountain edge more comfortable. “He’d only moved a few steps ahead, and boulders suddenly crashed on to the road. I saw a huge gap. We barely had time to let out a cry.”