Hint Of A Hideout

The leads are surfacing—sporadically and in bits. One pocket in the Walled City, it seems, hosted the Jaipur blast plotters. 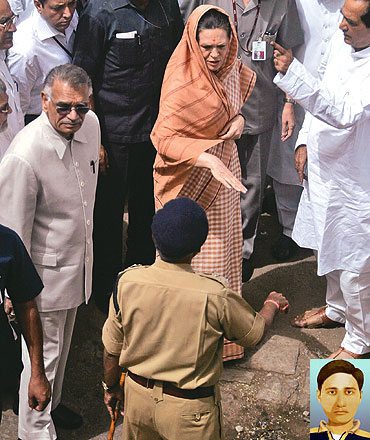 Even a week after the Jaipur blasts, investigators continue to chase disparate leads. A photograph with the intelligence agencies has proved to be a minor breakthrough as there is now a face to the terror attack. The photograph of a "tall man" suspected to be an operative of the HUJI (Harkat-ul-Jehad-e-Islami) was pulled out of intelligence files on finding that it matched the description of one of the alleged bombers given by a cycle shop owner in Jaipur.

According to sources close to the investigation, the HUJI operative went to the shop to buy a Ranger all-terrain bike that was used later in the bomb attack. The shop-owner had then commented that his customer was too tall to ride the bicycle he was purchasing. "He told the shop owner that he was buying it for his servant. The shop-owner has now identified him from the photographs that we have in our files. This is a good lead for us," a source told Outlook.

Besides the photograph, investigators have also got a description of the man who visited the cyber cafe in Sahibabad in...