Where do you go when the knives are out and cuffs on? 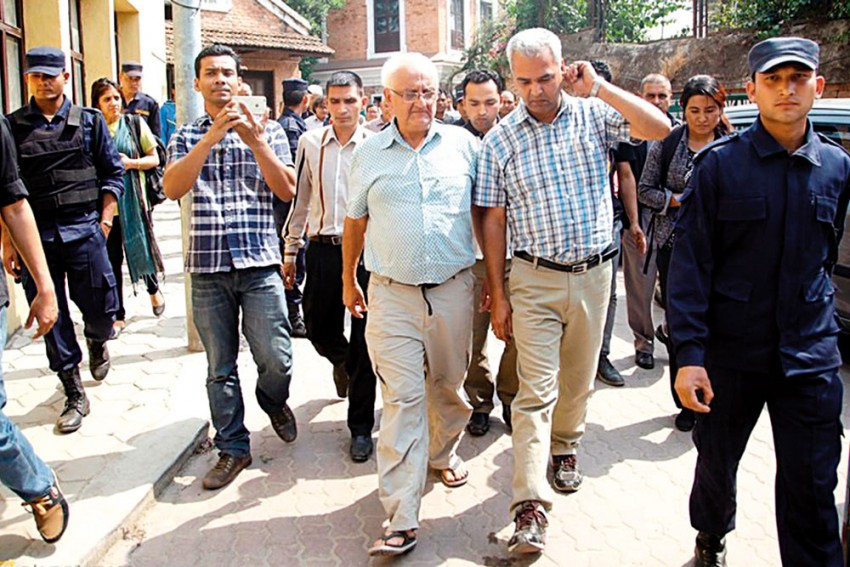 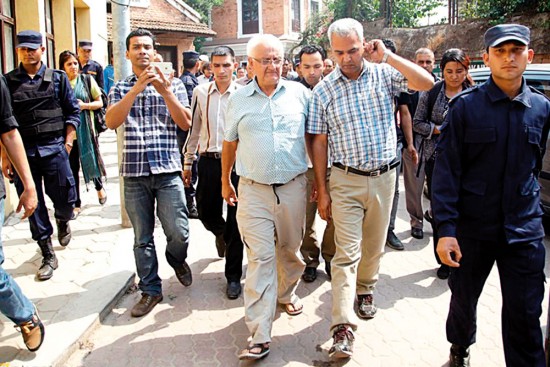 The police came for Kanak Mani Dixit, the ebullient publisher of the Himal South Asia group of publications and one of South Asia’s finest editors, on April 22.  He was at the family-run Dhokama cafe with some friends, located on the cusp of Nepal’s bustling capital Kathmandu and its historic twin city of Patan, also known as Lalitpur. Kanak Dixit’s arrest on alleged corruption charges and the growing pressure on the Himal group underline the vulnerability of writers who live by the protection of the written word, their integrity and the support of their families and friends. He has been languishing in hospital since.

That writers like Kanak Dixit are re­s­o­u­rceful and deeply com­mitted to the rule of law and energetic proponents of democracy (and even staunch nationalists) doesn’t go down well with their opponents, their governments or establishments and even governments in neighbouring countries.

Across South Asia, knives and machetes are being sharpened while lathis, cu­ffs and cells are readied for writers, editors and reporters who speak their mind. The hatred, violence and abuse are also out for those on social media, for people who follow alternative lifestyles, oppose conservatism and support diverse political and social viewpoints. The brutishness is not limited to radicals and thugs but also practised by the ‘respectable’ supporters of the State and ruling parties.

What is heartening is that colleagues in the media, academia, the human rights movement and even students across the world have rallied behind Kanak Dixit. What is disappointing is the silence of the self-­appointed guardians of democracy and spokespersons of ‘democratic’ political parties across South Asia, especially in India. There is, of course, a tacit understanding that people like Dixit sometimes took an anti-Delhi line.

The first point of discord was the Nepali Constitution which kept the populous Madhesis, largely of Indian origin, out of a role in their country; the second was New Delhi’s virtual blockade of Nepal. The latter came during an especially vulnerable time when Nepal was still suffering the ravages of the April 2015 earthquake.

Kanak Dixit’s position didn’t win many friends here on either issue, one presumes, although on the constitutional issue, his view appeared to be something like this—let’s first get a document in place and then we can make changes. It is a viewpoint that could not be ignored: after all, Nepal had been without agreement on a constitution for nearly 25 years. Governments and Parliaments had come and gone, so did a bloody civil war between the government and the Maoists, but the constitution remained elusive till last year. The confidence of those who organised Kanak Dixit’s detention probably grew from an implicit understa­nding that the most po­w­erful neighbour south of the Nepali border wasn’t really going to make much noise. The Commission for the Investigation of Abuse of Authority (CIAA), which affected the arrest, is an apex constitutional body for corruption control in Nepal. It is headed by Lokman Singh Karki, a former national chief secretary, who had been widely criticised by everyone, including Dixit, for his handling of the jan andolan. Those close to Dixit, naturally, see it as part of a kind of vendetta.

The Nepal incident is not a one-off event: In Bangladesh, there has been a burst of libel and sedition cases (no less than 69) against Mahfuz Anam, the distinguished editor of The Daily Star. The editor of a LGBT magazine was cut down in his apartment while a professor was killed when walking to his university. In Bangladesh, no fewer than five bloggers have been brutally murdered this past year. In Chhattisgarh, journalists have been detained and hounded. The cliche merits repetition: we do need to uphold the endangered right to free expression, to be heard, seen and read without fear or favour.

And proving a point about solidarity, it is the murder of Xulhaaz Mannan, the editor of Roopbaan and a gay  rights advocate, that Dixit’s Himal website is choosing to focus on, instead of its own founder’s arrest.