Him, And My Granddad’s Magazine

Sachin has nothing left to prove. A last African safari would bring joy. 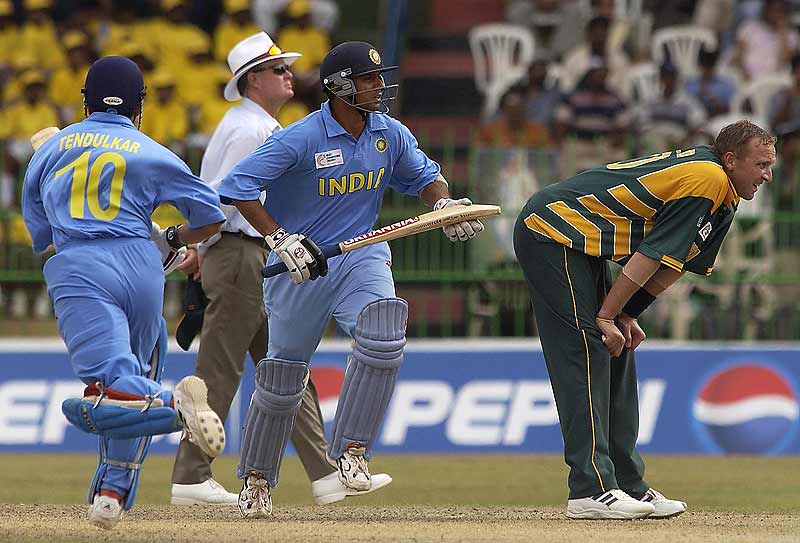 Most people think that my first encounter with Sachin Tendulkar was in Calcutta in 1991, when we made a comeback to international cricket. Yes, it was the first time we faced off against each other and jointly won the man of the match award. Sachin led India to victory in our comeback match with a very well played 62, while I had managed to pick up five wickets for South Africa.

However, I had been actually following this kid from a few years earlier. The Wisden and Cricketer magazines, which my granddad had regular subscriptions to, were raving about him for some time and I was most keen to see him in action from the early 1990 onwards. Following the brief encounter in India, Sachin and I both played county cricket in 1992. Sachin was in fact the first international cricketer to play for Yorkshire. By then, I had realised that I’d have to gear myself for many faceoffs against this kid in my career and was keeping a very close eye on his exploits. And it was in 1992 during a Sunday league match that he played for Yorkshire that I realised how good he was. He scored a match-winning 70-odd off 50 balls, and single-handedly led his team to victory. This innings defined Sachin Tendulkar for me. At such a young age, he was dominating bowlers in bowling-friendly conditions with great poise. He was playing shots with complete freedom and not a single of his shots was a slog. They were all cricketing shots and it was just wonderful to see a kid do that with such ferocity. There was no doubt that here was a special talent who had come to dominate world cricket for some time.