The film can ignite any restless, peripatetic soul. I sur­ely want to hit the highway soon. 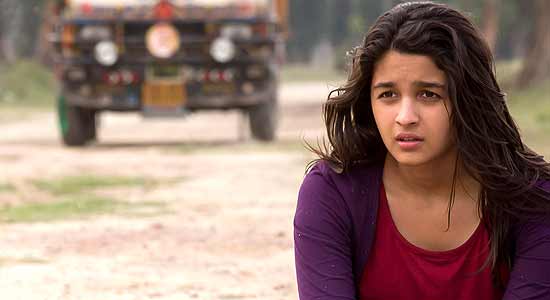 Imtiaz Ali’s heroines have a tendency to run away, from the secure and smothering home, love, marriage and rel­a­tionships, all for self-­discovery. So does the child-woman Veera (Alia Bhatt) in Highway. A midnight whim, a petrol pump shootout and she is on a journey—from Ajmer to Reckong Peo—to find herself with her kidnapper Mahabir (Randeep Hooda) for company.

On paper there’s lots going for this love story. The class divides, the rifts of the surnames—the Tripathi (Brahmin) girl and the Bhati (Gujjar) boy—are surmounted by the shared demons of childhood. There is also the unspoken ass­ertion that the dark and murky shadow of patriarchy looms large and threatens all, be they rich or poor. Ali manages to keep these social nuances rather measured, restrained and subtle in much of the first half of the film.

Even cinematically, instead of the big sweeping scenes, it’s the small moments and quirky encounters between totally at-odds characters that Ali whips up ever so cannily. Like a flurry of sorrys from Veera making Mahabir shout back: “Hum yahan tameez dikhane aaye hain?” There is something terribly likeable about the togetherness of the impassive, brooding Mahabir and the chirpy, on-the-edge Veera and also a poignancy that their companionship is, after all, fleeting. It makes Veera say that she doesn’t have marriage and family dreams for themselves. “Bas thoda door aur tumhare saath chalna hai (I have to walk just a little further with you)”.

There are some standout scenes—the superb use of Gujjar lingo and display of machismo in the confrontation of the rustic hoodlums early on in the film, capped by a compelling turn from curly-haired, sinister Hemant Mohar. Then there is another hoodlum, played by Durgesh Kumar, warming up to Veera by quietly telling her that he can also feel the salt in the air, like her. And Mahabir admonishing him: “Laad mein mat aa baake (Don’t get affectionate towards her)”.

Sadly, towards the last quarter, Highway begins to turn into an alarmingly different film. Ali consciously forgets the power of the implicit to drum up a significant social issue in the most obvious, pat and melodramatic manner.

The film unravels sloppily in the rather convenient, ham-fisted climax and the loud, cringe-inducing statement-making. Even the use of Rahman’s pleasant score gets lopsided between the film’s two halves, so much so that the songs got lost on me. But the landscape towers and hits you in the face. The film can ignite any restless, peripatetic soul. I sur­ely want to hit the highway soon.