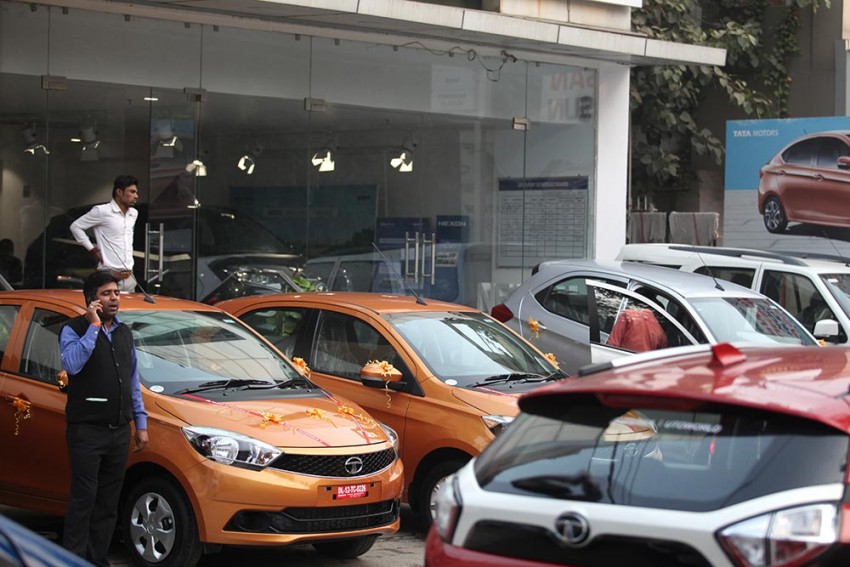 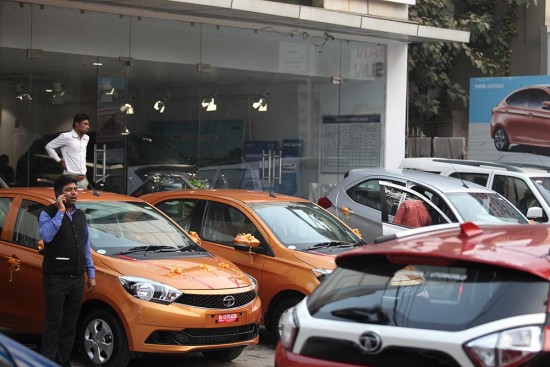 Diwali and festive months have always been good for industry. During this time, markets see maximum growth in the year. But this year, things have been bigger than expectations for most retailers who have seen a bumper harvest despite the disturbances caused by demonetisation and GST.

According to RedSeer Consulting, e-commerce companies saw 45-50 per cent growth in September-October this year over last year. It said that e-tailers achieved highest-ever monthly sales over the course of the festive period of September 20 and October 19.

With demonetisation and GST setting in, many quarters were expecting that consumer sales and purchases would dip in the festive months. However, companies actually saw a significant surge in sales during these months.

To some extent this was pushed by a 20 per cent increase in spends during Diwali compared to the previous quarter, according to Walnut, a company that looks at the personal finance and payments space. According Walnut’s data, Delhi, Pune and Mumbai showed the highest spends among top metros during the Diwali season.

“In the last 12 months there was a lot of upheaval in the system with demonetisation and GST. But for us the number of customers and transactions has more than doubled in this festive period,” says Radhika Aggarwal, co-founder, Shopclues, India’s third largest e-commerce company. “The number of orders has doubled on a daily basis and during Diwali season our orders have grown up to three times.”

According to RedSeer estimates for this year’s festive season, e-commerce companies generated a total of $ 3.2 billion or Rs. 19,000 crore of sales for the 30-day festive period between September 20 and October 19 2017. This was 45 per cent higher than the festive month of October 2016, when companies had generated $2.2 billion in sales.

According to industry estimates, the festive season this year included three mega sale events from e-commerce companies like Amazon and Flipkart which generated huge sales. These three big sales generated $1.5 billion, $500-600 million and $600 million. Apart from this, the non-sale days during the festive period also generated significant sales of $500 million.

RedSeer says that the key driver for the strong sales performance in 2017 was the arrival of Jio and its data plans which drove the increase in the total population willing to shop online. Jio pushed a lot of shoppers from offline retail to online and exposed people from smaller towns to a larger selection of products that is normally not available in local retail.

Similarly, Amazon witnessed a 2.1X growth in customers in this period while 86 per cent of its customers came from smaller towns. The e-commerce major recorded a 16X spike in TV sales during this period while large appliances spiked 10 times. Flipkart did not respond to Outlook’s queries. Snapdeal has not only increased sales, but has made positive net margin in the entire sales season. It’s net margin for the current festive season grew six-fold compared to the festive season last year.

“The key ­reason for the huge growth is the discounts being offered by these ­e-commerce ­companies.”

This growth is expected to increase in the future, feel experts, as this is a ­precursor to things to come in the year. “The spike in sales is not because of Diwali or the festive month but because of cheap data from Jio and access to smartphones which have been the ­biggest trigger,” says Arvind Singhal, chairman at retail consultancy Technopak. “But what will change the growth in e-commerce will be food and grocery, which will bring in the largest quantum of sales for the companies.” Singhal feels that there will be pressures on the Gross Merchandise Value (GMV) of e-retailers.

Quite in contrast, India’s automobile industry, which normally registers handsome growth during the festive months every year, had a rather subdued festive period. According to data released by Society of Indian Automotive Manu­facturers (SIAM), the sale of passenger vehicles grew by just 7.67 per cent in April-October 2017 over the same period last year. Passenger cars, utility vehicles and vans grew by 4.72 per cent, 16.95 per cent and 2.86 per cent respectively in April-October 2017 over last year.

However, the two leading Indian automakers—Mar­uti Suzuki and Hyundai Motors India—seemed to have bucked the trend and managed to register growth, though mostly in single digits. “The festive period got split in two months, affecting sales,” says R.S. Kalsi, senior executive director, sales and marketing, Maruti Suzuki. “Maruti Suzuki recorded a wholesale growth of 9.8 per cent during this period.”

Anand adds that Hyundai Motors India grew by 17.4 per cent pushed mostly by its lau­nch of the new Verna, which garnered a lot of sales. He admitted that since a large part of the October sales happened in the month of September, the October sales had dipped. However, the overall growth of the industry was still a concern as the January-to-October year on year growth was very low.

“This time Navaratra was in September and Diwali in October but growth in these two months was just 6 per cent,” says Jnaneshwar Sen, senior vice president-marketing and sales, Honda Car India. “This year businessmen customers, a big chunk, are less. Normally businessmen form 40 per cent of our customers. This year was much lower. The trader community is still struggling with GST and have postponed car purchases. This is affecting numbers.

Others like Mahindra & Mahindra registered a growth of 8 per cent. Says Veejay Ram Nakra, chief of sales and marketing, Automotive Division, Mahindra & Mahindra, “In the personal vehicle segment, the period just before GST implementation was filled with unc­ertainty. This led to advancement of purchase for such demand that would have ultimately come up during the festive months. So to some extent this had an impact on the overall demand.”

Sales at Tata Motors were also subdued though the company saw some sales during Dhanteras. “While the market faced short headwinds in the pre-holiday period followed by an ­extended holiday season affecting production, our passenger vehicle business continued to grow on a month-on-month basis, owing to good response to its new generation products,” states a Tata Motors spokesperson.

Carmakers are hopeful of touching the three-million mark in sales this year making India one of the largest automobile markets in the world. But this will happen only if it sees a robust growth in the remaining two months of 2017. With GST still spewing uncertainty, this might not happen. The e-commerce companies though have much to rejoice about as growth is continuing and is expected to peak during the remaining months. But a lot will depend on how GST settles down and how consumers are benefited from the government’s new rules.