Hey, I Got A New Job

With the economic boom, niche jobs are bringing in the lucre 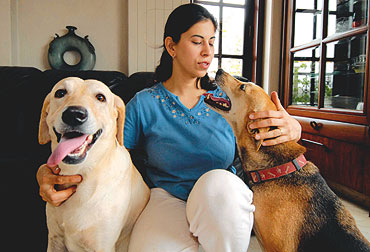 outlookindia.com
-0001-11-30T00:00:00+0553
Kartik Nath left his prestigious white-collar job as a financial consultant with an IT firm in Mumbai to be a full-time masseur. His family is still to come to terms with this "utter silliness" on his part, but Kartik has never felt so confident before. Statistics on the growth of the hospitality and tourism industry in India slide off his tongue, as smoothly as his fingers across a well-oiled back. After investing Rs 50,000 from his savings into a training module at a famous spa in the city, he was convinced that he'd found his true vocation. "Initially, I may have to rough it out, but the long-term returns of being a massage therapist can be better than what my current job provides. More importantly, I enjoy being a masseur," says the 25-year-old.

He isn't alone in his decision to step out of the box to earn his bread and butter. In the last five to six years, urban India has witnessed the emergence of a host of new professions, spawned by the economic boom that's still reverberating across the nation. A lot of these professions cater to a well-defined niche segment of society and, hence, may never enjoy mass popularity. Nevertheless, they are attracting people who want to try new, offbeat jobs. Well-known career consultant Usha Albuquerque sees it as an indicator of the nation's economic progress. "Because most of these professions don't have a formal career path, and there are doubts about how much one can earn, they are being taken up by people who have some financial security," she says. Here are six such professions that are in some ways redefining India's job market.

You Need: Training in canine behaviour from a recognised practitioner
You earn: Rs 700-Rs 1,000 per session
You'll like it because: You love dogs and are helping them and their owners get the best out of each other

People with pet dogs think of them as family. Shirin Merchant, a canine behaviour specialist, warns against this. "Dogs are not like humans and their behaviour problems need to be addressed keeping that in mind," says Shirin, who trained under John Rogerson, an England-based canine behaviorist and trainer. Now, Shirin conducts 20-day courses in canine behaviour in Mumbai. With the pet care industry in India just getting organised, a lot of ancillary professions like pet grooming, training, even acupuncture are getting popular. Shirin links this development to the growing number of singletons who keep pets to beat loneliness. A canine behaviorist helps establish the pet-owner equation. "I first read the dog and then advise owners on how to deal with its problem," says Shirin. For instance, if your pet urinates on your bed, it is not out of spite, but because it is frightened—the odour of urine is familiar to the dog and gives him a sense of security. "Dogs are not spiteful," says Shirin. No wonder the naughty doggies listen to her. 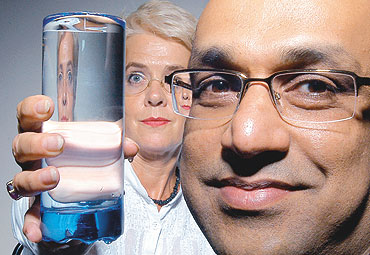 Pavan Choudary: "We help sportsmen, corporates, entrepreneurs and film stars to clear away the confusion in their minds and to focus."

You Need: A clear mind, excellent communication skills and shelves full of motivational books
You earn: Up to Rs 5,000 per 1-hour session
You'll like it because: People will think you're wise and pay for that

Sportsmen, corporate executives, entrepreneurs, even film stars are reaching out to mind trainers to help them focus their minds, clear away confusion and indecision, and attain their goals. Pavan Choudary, VP of a French pharma company, recounted his experience as a mind trainer to young sportsmen like shooter Gagan Narang and cueist Pankaj Advani. "Gagan is desire personified, but external circumstances affect him a lot," says Pavan whose book When Sinking, Become A Submarine will be out in August. So, his prescription for the Commonwealth gold-medallist was a lot of informal chats talking about his fears, a reading list, Sanskrit mantras and breathing exercises for concentration. And Gagan acknowledges the change. "Now I am very focused. During the world championship at China this year, I was so engrossed in the shoot that I didn't realise that I had won, till I heard the crowd cheer for me," he says. Pavan's clients include Bollywood stars, though he'd rather not divulge their names. Large corporate houses are now hiring mind trainers—not to be confused with counsellors in their HR departments—as they are convinced they can bring employee motivation, inspiration and productivity to a new high. 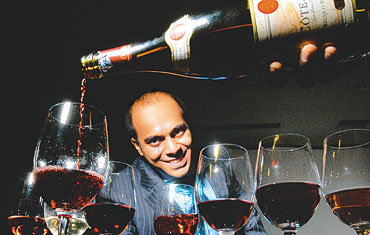 Magandeep Singh: "Certain wines are good in a certain region with a certain cuisine, and it’s my job to help hotels realise that."

You Need: A good nose, a better tongue and lots of financial backing
You earn: Rs 25,000 upwards if employed at a hotel/restaurant, plus a percentage of value of bottles you sell
You'll like it because: You'll be paid to taste and drink wine

Dictionary.com defines a sommelier as a restaurant employee who orders and maintains the wines in the restaurant and has knowledge about wine and food pairings. But no one would dare call Magandeep Singh, India's best-known sommelier, a 'restaurant employee'. He is a Page Three face, a suave columnist and a must-have name at all leading hotels. "A sommelier in India has to be largely self-financed as hotels don't pay well," warns Magan who climbed up the hard way. "Certain wines are good in a certain region with a certain cuisine, and it's my job to help restaurants and hotels realise that," says Magandeep. Considering that the per capita consumption of wine in India is just 4.2 ml per year as compared to 40 litres in France, being a sommelier is still a niche profession. But there's a reason for Magan and his ilk to toast the future. The Indian middle class is taking to wine like never before. And the domestic wine industry is growing at an annual rate of 25 per cent, compared to a measly 2-3 per cent at the beginning of this decade. Cheers to that! 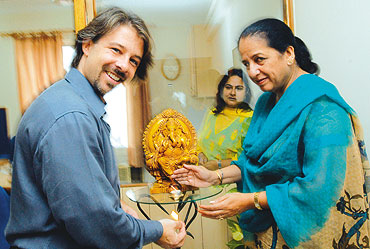 Preeti Bindra: "We are like a 24X7 social helpline, clients call us whenever they have any problem or doubt."

You Need: Patience, practical common sense, cultural sensitivity, a friendly, efficient personality
You earn: Rs 30,000-50,000 a month
You'll like it because: You meet people from different cultures

The number of expatriates living and working in India is growing fast, leading to great opportunities for relocation firms like IKAN, which has registered a 200 per cent increase in business in the last two years. "It is a spinoff of the IT boom and increased foreign investment," says Diwakar Gupta of IKAN. No, a relocation expert is not someone who helps you pack and move, but who helps an expat settle down in a new location and culture. Right from finding the ideal house, school for children, doctors, to telling them how much to tip waiters, where to shop and what gifts to take when visiting an Indian colleague, a relocation expert does all this and more. "We are like a 24x7 helpline, clients call us when they have any problem or doubt. We also bring out a magazine, At A Glance, that acts as a social guide for them," says Preeti Bindra, a Delhi-based expert with Global Adjustments that has been growing at 60 per cent annually.

You Need: Excellent communication skills, good grammar and enunciation, patience
You earn: Rs 15,000-Rs 1 lakh a month
You'll like it because: It is challenging and involves one-to-one interaction

They tell you to mind your Ws and Vs, not to mix them up. If you have a problem with S and Sh, they'll sort it out. And they all sound like Eliza Doolittle after Prof Higgins straightened her vowels out. Or so we realised when Mohana Edwards, an accent trainer with Evolv Services, spoke to us on the phone. We almost thought that the operator had put us on a recorded message as Mohana wished us good morning and asked how we were doing in her impeccable English accent. The last three years have seen India emerge as the hottest outsourcing destination. Our BPO industry is expected to employ 1 million people by 2008. And a large chunk of this million would be call centre executives who have to master English and get rid of their regional accents to provide crystal clear voice-enabled service to their overseas clients. That's where accent and voice trainers come in. India has a host of regional accents—Bengalis find it tough to pronounce similar-sounding words like 'live' and 'leave'; South Indians pronounce yellow as 'ellow'. In the north, T and D get mixed up. So accent trainers are much in demand, and have their work cut out. Evolv Services, an accent and voice-training organisation based in Noida, has trained more than 300 accent trainers since it set up shop in 2005. Kirti Seth, coo of Evolv Services, says that each BPO outfit has on an average 20 such trainers on its staff. "It is a wonderful job, students look up to you. It's a great feeling to be of real help to someone," sums up Kirti.

You Need: A degree from a reputed design school, a keen eye and hunger for anything new
You earn: Rs 20,000-30,000 to astronomical sums
You'll like it because: It will pamper your creative genius as well as your wallet

A physical space, depending on how it is designed, communicates with us in a manner that makes us form a special bond with it. We like a particular cafe because of the colour of its walls, a pub because of the lighting, an apparel store because of its spacious trial rooms. A retail designer is an expert who converts a physical space into an idea and an image that finds immediate resonance with the people who use it. With India in the throes of a retail revolution—the expected demand for quality retail space this year is approximately 40 million sq ft—retail design is blooming as a specialised profession. Viraj Singh, a retail designer with Incubis Consultants who designed Barista, the well-known cafe chain, explains: "No one at Barista asks you to play the guitar or Scrabble but people do that there all the time. It is because the design, which includes hanging a guitar on the wall, communicates with the customer and he reaches out and plays."

Smelling new opportunities in India, Chute Gerdeman—a well-known international retail design company that has designed stores like 7 Eleven, Bloomingdale's, Macy's and Wal-Mart—has set up shop in India. Hozefa Attari, the India head, says the company will be designing stores as well as training retail designers. He clarifies that retail designers are not interior designers—a good retail designer sells a brand by creating an ambience that draws in the customer without intimidating or confusing him with too much information, and makes it easy for him to spot what he likes and buy it. Rather like what the spider did to the fly.