Tehelka, India's Watergate, kicked up a storm, then knuckled down into a farce, and crept out on a tiptoe 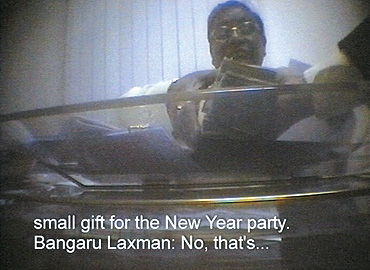 Among the frequent scandals that make Indians breathless, the Tehelka expose was the top attraction in 2001. Readers may wonder why Madhu Trehan would want to rake it up again. Eventually the case is well put out—that Tehelka was India’s Watergate, a journalistic scoop that would challenge a government, polarise the nation and test the moral values of professional communities. But unlike Watergate, where Americans did not compromise with the government’s fire-dousing initiatives, Tehelka brought out a fascist streak of institutional brutality from New Delhi, which, coupled with incompetence, made Tehelka simply fade away.

Tehelka was a start-up of the now busted dotcom boom. Funded by Shankar Sharma and Devina Mehra, the company had a bunch of rambunctious owner executives. Fired by the idea of owning a "kickass" journalism site, they zeroed in on exposing corruption in defence deals. Headed by Tarun Tejpal, the team included Aniruddha Bahal, head of the investigation, and Mathew Samuel, the sting...