Here You May Roast Your Goose

Kaptaan vs Jaitley, but there’s no great high here 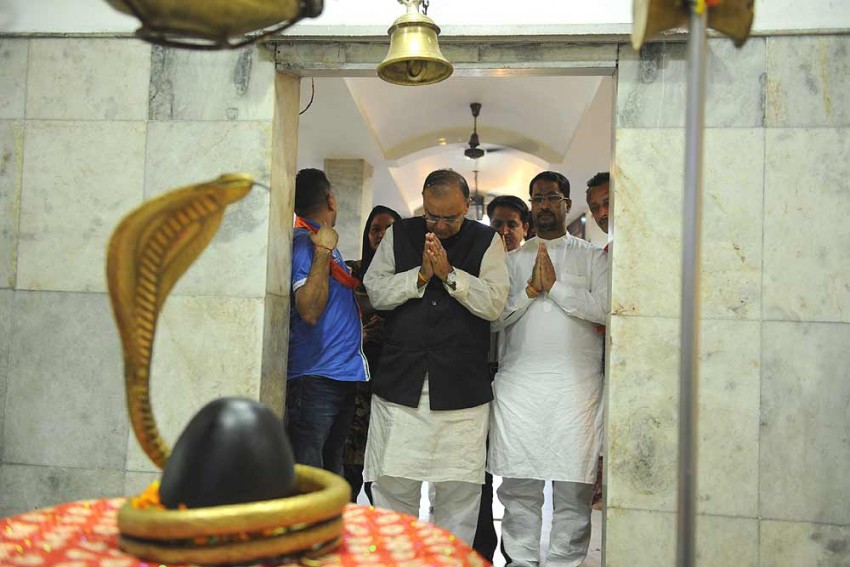 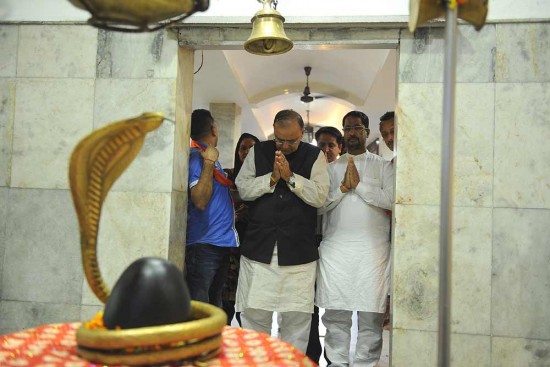 Give Us A Smack

Long before you get to meet the crowd, even before you enter village Bachhivind where they are waiting to listen  to “Kaptaansaab”, your first image is of travelling across a land of drug addicts. On the drive to the village, just five kms from Amritsar’s border with Pakistan, you have met emaciated young men, some almost walking corpses, wasted and worn by substance abuse. You have spoken to them, you have heard their incoherent voices quiver, and you know the once-bold Punjabi spirit has dissipated because of this easy access to illicit drugs. What meaning could elections, or the much-touted Modi wave, have for them?

The question haunts you as you reach Bachhivind. It’s sunny and breezy, and a crowd of about a thousand is waiting in a large courtyard flanked by wheat fields. It rained heavily the previous day and the standing crop of wheat, which should be golden-brown and tall, looks greenish-yellow and battered. Former CM and Congress candidate in Amritsar, Capt Amarinder Singh is running an hour late. Just the day before, his BJP rival Arun Jaitley was here asking for votes.

The older Jat Sikh patriarchs sit sil­en­tly, ramrod straight, on plastic chairs, under a fluttering white shamiana. They look at the partially wrecked wheat crop around them with unease. “After the harvest, the grains will come out black,” one farmer tells another. The younger lot is noisy and restless, grabbing the cups of tea and pakoras. As the pile of used styrofoam plates swells, junior lea­ders take turns on stage to keep the crowd charged up for the Kaptaan. “Kabhi Babar ne, kabhi Badal ne, sabne aake loot liya...smack ne tabaah kar diya (From Babar to Badal, all have come and looted...drugs have ruined us),” says one leader.

The political speeches in Amritsar have been vicious this election. The ruling SAD-BJP alliance and the Cong­r­ess claim their core voters remain int­act, but rumblings of unrest threaten both. Neither is confident of victory, making the campaigns decidedly hostile and edgy. “It’s going to be a close call. Match bada tight hai,” says tea trader Supinder Singh whose store overlooks the Golden Temple.

It’s a sentiment that echoes across the constituency, but more pronounced in the urban centres, not least because the previous SAD-BJP victory in Amritsar, led by cricketer-turned-neta Navjot Sidhu, was by the thinnest of margins. Sidhu beat the Congress’s Om Prakash Soni by just 6,900 votes. Then there’s the Aam Aadmi Party, drawing lavish crowds in neighbouring Gurdaspur and elsewhere, showing every chance of playing spoiler even in Amritsar. The only question is—for whom.

And so, Jaitley, who has plunged hea­d­­long into his first-ever electoral battle, notes how “discourteous” Ama­r­i­nder Singh is, in an interview a day after his own Bachhivind trip. “What has 10 years of Congress rule given the country except corruption,” he quips. Amarinder, on his part, feels Jaitley is “cold, lacking in Punjabi warmth”. He strives to give the national elections a communally polarised tint: “Should the BJP come to power, within six months there will be riots across the country,” he says.

But you sweep aside these generalisations trying to get a handle on Punjab’s real tragedy, lost in the hubbub of the polls. At Bachhivind, a rally participant says drug addiction is commonplace here. “Talk to anyone. Everyone’s doing drugs,” they say, while a few even point helpfully towards emaciated young men wandering about the venue. Indeed, a five-minute walk across the village throws up three families who have very recently lost a loved one to drug abuse.

Ramesh Singh, 28, an alcoholic, was a driver in Delhi until his 16-year-old brother Jaspal died of drug overdose late last year. “I returned to take care of my family but got caught in the alcohol trap myself. Now I can’t get out,” he says. Harinder Kaur, 55, lost a second son to drugs less than six months ago. She now lives with her grandchildren and a daughter-in-law. “My only living son now is in the army. He feeds this family of seven. We have no other income or land,” she says.

Manhar Singh, a Mazhabi Sikh who also professes Christianity, lives in one of the few mud houses in the village. He lost a younger brother to drugs five years ago. “I just want a pucca house from these politicians and I want my electricity bill corrected,” he says, not revealing his intentions for April 30, when the state goes to polls.

Not long ago, Punjab was India’s star performer, the second wealthiest state in terms of per capita GDP in 2004. But by 2011-12, economic growth had fallen to below 6 per cent as gains from the green revolution tapered off. It is now among the worst-performing states though it’s still wealthy. The irony is, today, as a 2011 government report recorded, 40 per cent of Punjabi youth aged 15-25 abuse drugs—and this is dir­e­­ctly linked with the state’s relative prosperity.

It’s an odd confluence of events: the usual pre-poll “freebies” may not sway Amritsar’s 16 lakh voters (each party still holds on to a loyal base) but the young rural boys of Amritsar (and neighbouring Khadur Sahab) are bored and filled with ennui—they wouldn’t mind a hit or two of opium or alcohol, smack or hashish, as elections draw near. Their prosperity has delivered free time but no white-collar jobs to keep them occupied. “It’s obvious that drugs will find places where there is money. The drug mafia clearly finds Punjab ideal territory,” says Prof Manjeet Singh, who teaches at Panjab University. “There is so much state control over ordinary Punjabis that people are terrified. The Jats, known for their courage and bravery, are now committing suicide. There’s no student movement, women’s movement or unified peasants movement...nobody to question these economic policies that wreak so much havoc,” he says.

Since 2006, in step with over 100 textile units leaving the state, synthetic drugs started making their way into Punjab from neighbouring states. Today, a shot of heroin comes for Rs 1,200, but the synthetic version nicknamed ‘Ice’ is just Rs 150. Drugs have become the great equaliser in Punjab, adopted by young and middle-aged, rich and poor alike—a reality the state’s people are as ill-equipped to deal with as its politics.

“Drugs are so cheap now that selling a set of your wife’s clothes will deliver the required hit for a couple of days,” says Gurdip Singh of village Palasour in Tarn Taran, part of Khadoor Sahab Lok Sabha constituency, adjacent to Amritsar. Rep­orts last week, of the Punjab Police seizing drugs worth Rs 700 crore including 15,000 kg of opium husk, 76 kg opium, 136 kg heroin, 47 kg ganja and 51,000 litres of lahan, an intoxicant, surprised few in this village.

In fact, as far as they were concerned, they saw in it a confirmation of the revelations by ex-cop Jagdish Bhola, now under enforcement directorate (ED) investigation for drug trafficking. Bhola has named, as per the ED, Punjab revenue minister Bikram Majithia, as complicit in drug trafficking—a charge Majithia, a flamboyant and influential leader, has predictably denied.

Ironically, even as Majithia takes a huge proportion of the blame, the BJP’s appeal to voters is strengthened by the Modi-for-PM push from the party. “Under Narendra Modi, Punjab’s problems will be solved. We’ll have a strong state if the Centre is also BJP,” says 21-year-old Vipin, who runs a paan store near the Huss­ainpura Chowk in Amritsar. This, indeed, is exactly what the BJP in Amritsar is hoping for while Congress targets the “misrule” of the SAD-BJP to keep people focused on the local, not the national.

As for the addicts, they will continue to wallow in their drug-fuelled fantasy, untouched by poll fever, their indifference telling you that Punjab needs to discover a brand of politics that revo­lves around people, not power.