Women activists and politicians get on Twitter to raise storms, as armies on all sides fight pitched battles 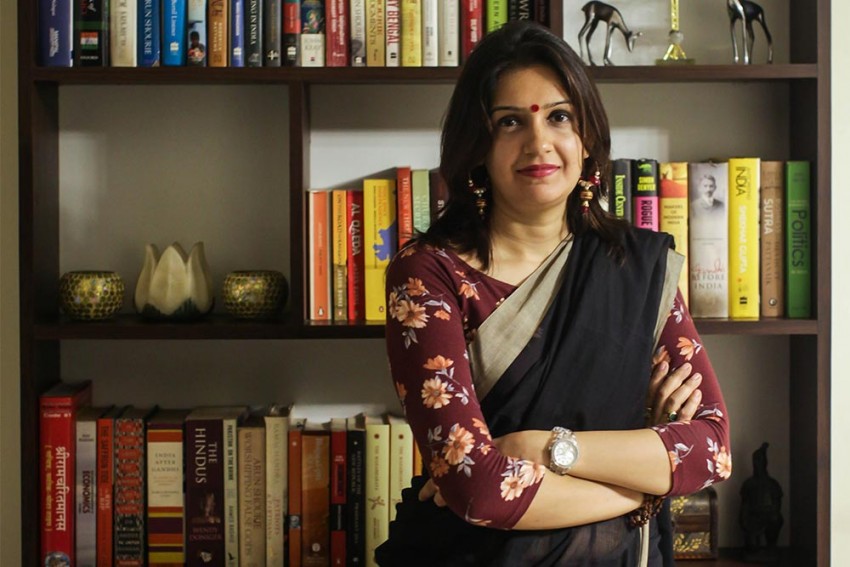 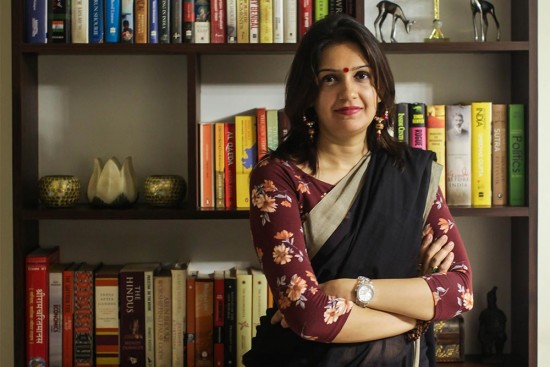 Here is a bond of steel forged bet­ween the seemingly equal—the followed and their followers on Twitter (and Facebook). In this romance, disdain and contempt are expressed in equal measure as awe and adulation. Seldom does a follower break his or her bond with the one followed. Because, for followers, the ones they follow are ideological Pied Pipers, giving arguments they perhaps wouldn’t be able to state.

This is primarily what has made leading icons out of scores of women activists. Twitter and Facebook are public platforms where there is no bar on participation of women, as it normally is in most realms (not that they are not subject to abuse onl­ine). The secret ingredient to the success of some of these women is that their followers know they are not just exchanging random words on social media. They know their tweets and posts help create a narrative—one the other side deeply dislikes.

Take Madhu Purnima Kishwar, considered a star of the ideological right, with  5.7 lakh followers. On September 29, she trea­ted them to a particularly angry tweet. This was after the ‘surgical strike’ by the army into Pakistani territory following the Uri attack. Her tweet: “Pak-a bastard child of 1,000 years of Islamist invasions, forced conversions loot & plunder, humongous genocides in India. Finally PayBack time.” 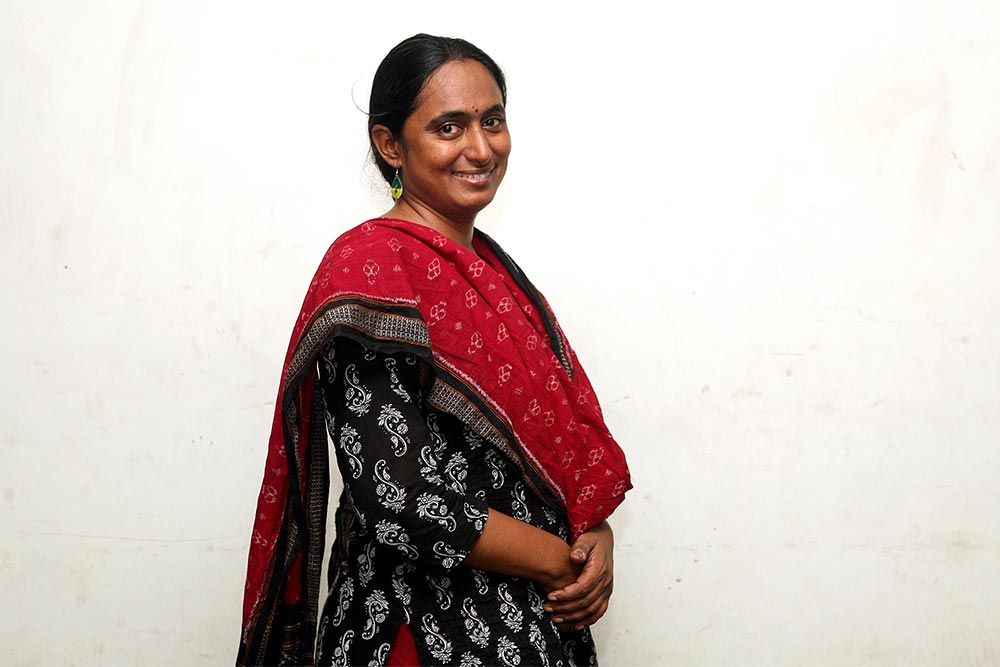 Kishwar’s followers swirled around the tweet like leaves in a storm, leaving in their wake over 500 retweets and 600 ‘likes’. They also tweeted back: “Wholly, fully and absolutely agree, ma’am,” went @pankaj_03. Kishwar’s detractors poured in too: “Where were u born? in a gutter or a trash drum?” rages @UPCAL.

The ‘discussion’ between Kishwar’s sympathisers and detractors lasted hours, tho­ugh she didn’t respond. As often happens on social media, all a popular icon has to do is provide ammunition for war and leave her soldiers to fight it out. Their battle never ends, only moves on to the next tweet, so each side sharpens claws in per­petuity.

Kishwar, whose thoughtful and contrarian writings on women made her famous first in the ’80s and ’90s, reinvented her persona for the digital dawn over the last four-five years. “I would not use the word ‘bastard’ in an academic paper, but tweeting is not academic work. In academia I would call Pakistan an ‘illegitimate state’—I would mean the same thing,” she says.

A troll’s job is to divert from any issue. This, many women say, leaves them trammelled. If getting flamed draws followers, many come to trip you up.

Kishwar believes the wars over her tweets are an extension of her old and ongoing off­line battles. “Feminists, for instance, alw­ays targeted me because I spoke my mind, but never joined camp,” she says. “I made foreign funding of NGOs a hated practice, ‘foreign funds’ a detested phrase. That’s why many say I blindly support (prime minister) Modi. But I don’t—I criticise him openly and fearlessly too,” she says.

As for online abuse (from liberals and others), she says, she ignores some and scolds others—like those who refer to her, rather cutely, as ‘Mausi’ (aunt). “It shows that even those who hate me want to forge an endearing connection.”

Her fan base includes women such as @RituRathaur, who has found in Kishwar’s tweets an ideological lodestone and admi­res her forthrightness. “She is so blatantly out there with right-wing ideology, which is where I belong too. She doesn’t hide her views. I see myself in the future in her tweets,” says Rathaur. “Kis­h­war calls right right and wrong wrong—that draws crowds on Twitter, not appeasement,” she says. Rathaur, a PM Modi fan, floated ‘NaMo Tea Party’, a project to popularise Modi among hip, young trendsetters in 2014. 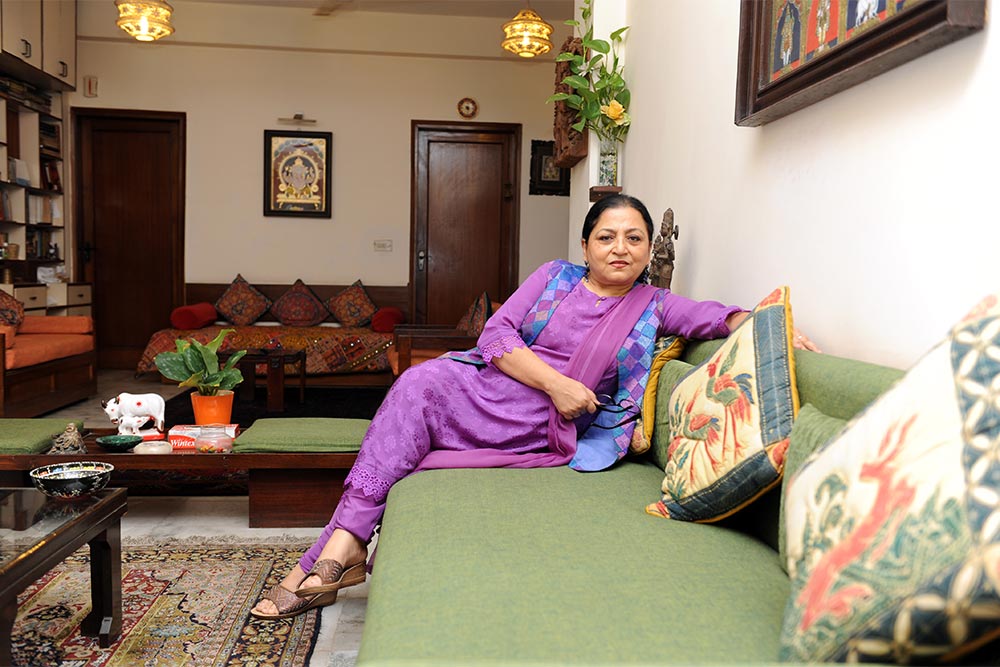 On the other side are women activists such as Kavita Krishnan from the CPI (ML), who too have forged a Twitter following independently. “The other #SurgicalStrike--four anti-mining anti land-grab protestors killed in Hazaribagh, Jharkhand....” she tweeted to her roughly 1.67 lakh followers on October 1. The tweet includes a link to a report about casualties during a protest in Hazaribagh. Krishan’s tweet drew attention to another smouldering issue like Uri, thereby projecting the strong anti-Pakistan rhetoric as a distraction and as a critique of excessive state power.

This was ammunition enough for supporters and detractors alike, who waded into battle with gusto. “U r a quintessential commie and an example of what 1 should never aspire to be. Making fun of ur own nation sarcastically!” says @Bhavada­sanunni, who obviously got the import of Krishnan’s tweet. @grama1263 tweets: “India USA and Israel should get together and preemptively nuke Pakistan. thank u.” @NaveenJolly goes: “It’s the real face of Indian Govt., nothing new though.”

Krishnan recognises, like other Twi­t­­ter figures, that she has adopted the platform to send a message, especia­lly to the educated English-speaking elite and youth. Yet, that message is often lost in the noise around it. Being targeted on Twitter, contradictorily, gets plenty of new followers, but that means more mud-slinging, not more serious debate. Most of her tweets are Facebook posts, auto-sent to Twitter. “This year, I picked the relative ‘sanity’ of Facebook to Twitter’s in-your-face approach,” she says.

For her, too, what right wing ideologues do on Twitter simply extends their realm beyond the real. “Twitter doesn’t do enough to make the platform safe and worthwhile, but what really worries me is that this is how right wing people behave offline too—silencing contrary views with threat. Trolls are sustained by this government’s being in power,” she says.

A troll’s job is to divert and deflect from any issue. This, many say, leaves them fee­ling trammeled, especially women. “What you now see on Twitter is a faint shadow of the earlier opinionated me,” says Mumbai-based writer Kiran Manral. Her Twitter story would leave anybody aghast. Last year, Manral campaigned on Twitter to end child sexual abuse. Inexplicably, even for trolls, that campaign was relentlessly smeared for being “against Indian culture”. After that experience, Manral started tweeting in the most tame way. “There’s still opinion, but not as strong. That’s what trolls often do to women,” she says. 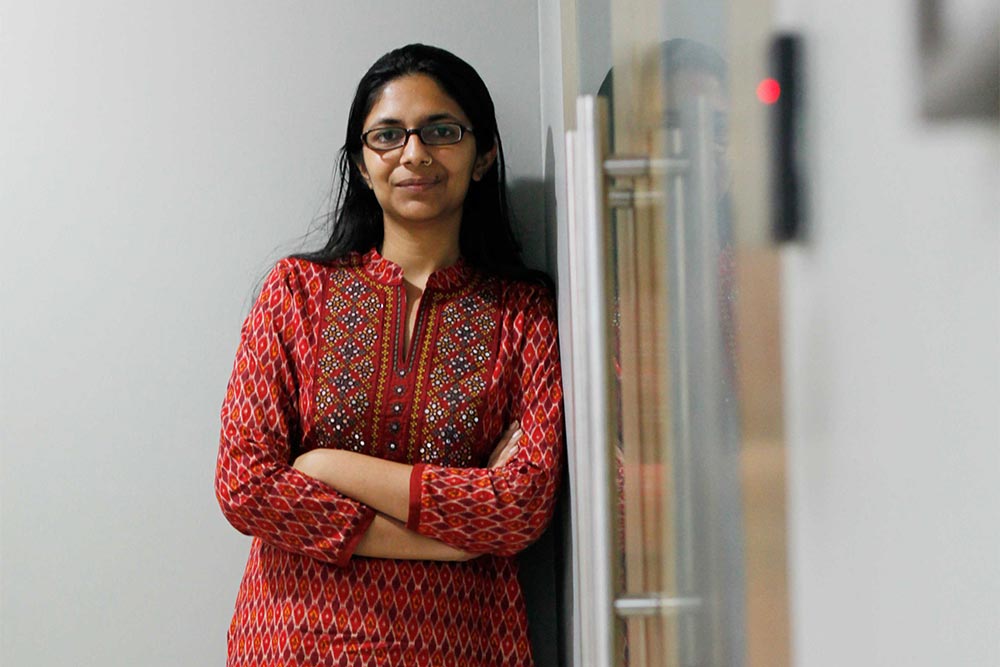 Manral, however, follows another fem­ale Twitter icon, Priyanka Chaturvedi, a Congress party national spokesperson based in Mumbai with over 1.65 lakh followers. Should the opinionated Chat­urvedi come under fire, Manral backs her, for they have similar values—not necessarily politically, but personally for sure.

Chaturvedi’s own style is to “give it back” to trolls, but watch out for derailment. “Some trolls are so persistent they respond abusively to every tweet I sent. Blocking doesn’t help as they create new IDs and Twitter doesn’t do as much crowd control as Facebook,” says Chaturvedi.

Chaturvedi has fewer ‘light-hearted’ conversations on Twitter as a result, but engages new followers by tweeting on div­erse topics, even taking stands sometimes contrary to her party. Only personal tweets, such as on a movie watched or chats with rival political outfits’ leaders have stopped. “It’s much more intense now,” she says.

If getting flamed draws more followers, many of them come to trip you up. Swati Maliwal, who heads the Delhi Com­mission for Women, has around 70,000 fol­­l­owers, says, “I realise how powerful Twi­­­tter is, so I engage with people through it—something Commissions generally don’t do.” Maliwal believes her followers are people left out by other media and those seeking justice from DCW via Twitter. “Friends say I should engage more on Twi­tter but I discourage trolls—I don’t want followers at the cost of my message.”

It’s increasingly hard to be neutral on Twitter (or Facebook). In war parlance, many of the women icons’ contrarian, abusive followers would be called the enemy within. As moods swing wildly and egos clash, it’s the discussions that are smashed by cannon fire.