This slim novel stews in the passionate juice of wronged love. The protagonist, symbolically wedded to deep Krishna love, rages on. 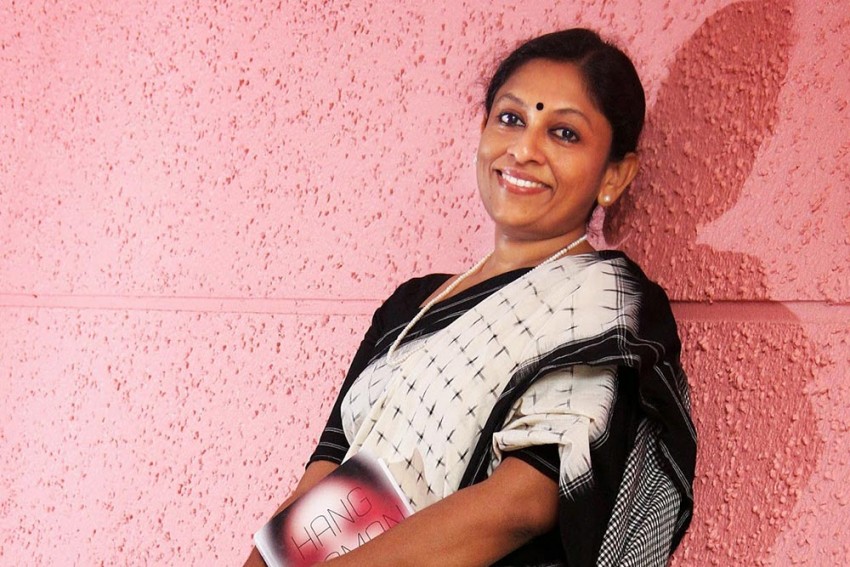 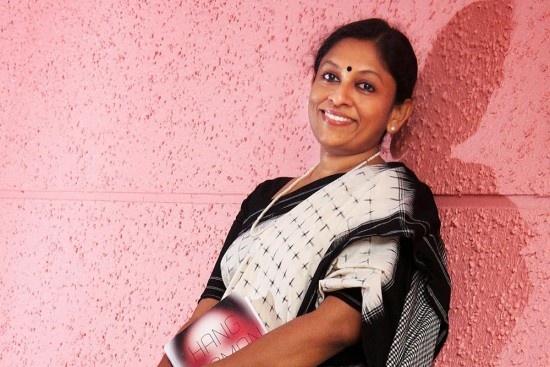 Hell hath no fury like a woman scorned. In this case of course, the lovely Tulsi hasn’t been scorned. She just made the mistake of falling in love with the wrong man, like quite a few well-educated Indian women who should have known better, she saw a ‘cute’ cleft chin and long eyelashes and fell hook line and sinker. Love seethed in her veins like a cobra’s strike and in the best tradition of Indian soaps, she eloped with her beloved two days before her arranged marriage.

Madhav, her beloved, was a serial heartbreaker and Tulsi was the 28th woman in his life. She assumed that the number meant 28, full stop, and went onto discover that it did not. Typically, the ex-es kept coming out of the woodwork like the ants she saw everywhere, the ants of death that crawled over corpses. K.R. Meera’s story, stripped to its bare essentials, sounds like a typical tale of love and betrayal, perhaps leading to an avenging fury with a knife, but something sets it apart from the reel life that throbs on TV screens or the pulp fiction genre.

Perhaps it’s the fact that Tulsi is perv­erse. Love betrayed curdles and poisons everything, including her relationship with her children. She throws in comparisons with Putana the rakshashi, who tried to kill the baby Krishna by smearing poison on her nipples. There are Greek tragedy undercurrents in Tulsi’s self-des­tructive selfishness—Medea with her bloody locks wreaking vengeance on a husband who betrayed her and then flying dragon-back from the scene.

K.R. Meera does not begin at the beginning but somewhere near the end, in Mat­hura, the playground of that other serial heartbreaker, Lord Krishna. In Indian literary tradition, Krishna is the lover who possesses but can never be possessed. His beloved Radha waits and yearns for him at trysting places, won­de­ring whose heart he is breaking at that moment. His other beloved is the Rajput princess Meerabai, who became the symbol of infatuation for the unattainable expressed in song after song of rage and yearning. Mathura is where widows and abandoned women go to find refuge, losing themselves at Krishna’s stone feet.

Krishna’s troupe of women is divided into Radhas and Meeras, the aba­­ndoned wives and the widows. Tulsi sees herself as the mystic Meera torme­nted by passion, which is why her heart leads her to Mathura. Intensity breathes through her style and every sentence is almost angu­ish. Despite the fact that Madhav is a journalist and Tulsi’s father a well-known police inspector in Kerala, there are few of the trappings of modern-day living, like mobile phones. Mathura is primordial, haunted by lecherous priests in red silk dhotis, who are drawn like magnets by Tulsi’s beauty, despite the fact that she describes herself in terms of hard hands and shrivelled feet. And in Mathura, inevitably, Madhav comes looking for her, drawn by her poisonous ardour, and it is no coincidence that his name comes from the Krishna canon.

Her feet recur—Madhav paints her toe­nails and kisses her feet in the beginning and then in the end, begging forgiveness. he kisses her dusty, worn beggar’s feet; the touch of his lips sears her flesh. So do the ants which are killers with their corpse bites—their trail returns both in words and illustrations throughout the pages.

There are a few key characters—Vinay, the man she jilts because he is too sensible to be passionate and Madhav. The rest are sketched in a few lines and defined in terms of expected situations. All 27 ex-lov­ers are hard to detail, so one thrusts herself into the house and two are pregnant, while the rests are names in searing love letters.

Tulsi is perverse; betrayed love poisons everything, including her relation with her children. Comparisons are made with Putana the demon. Tulsi can also draw parallels with Medea.

The plot seethes and twists like the Gan­ges by Mathura, with its banks lined with widows. Women who, despite ever­ything, cling to their praise of Krishna. The river is not a bringer of life, but a serpent in Tulsi’s fevered eyes—the black three-headed serpent that sheltered Kris­­hna. Even her narrow room, decora­ted with posters of Krishna, becomes the prison cell where the child was born. Per­­haps the fact that this book is a novella and easily skimmed through makes it pos­­sible to survive so much intensity. Like the late Josephine Hart, famous for slim books like Damage, there is not a single light moment. Despite her education, Tulsi does not choose to be sensible and stand on her own two feet when her marriage fails. Instead, she is convinced that hating well is the best revenge.

Ministhy is new to translating K.R. Meera, but barring that single adjective—‘cute’—applied to the dimple in Mad­­hav’s chin, she manages to wring out each drop of obsession.

Of Mind Games And Brain Fade