The Pakistan cricket team was a last ray of hope for a marooned nation. The match-fixing scandal has snuffed that one out too. 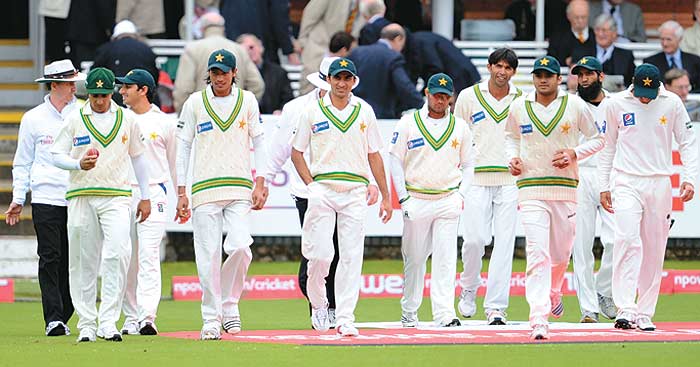 1998 Shane Warne and Mark Waugh accuse then Pakistan captain Salim Malik of attempting to bribe them to lose matches. After an inquiry by Justice Qayyum, Malik and fast bowler Ata-ur-Rehman are banned; doubts raised over  Wasim Akram, Inzamam-ul-Haq and Mushtaq Ahmed too.

2002 A bomb explodes in front of a Karachi hotel where the New Zealand cricket team was staying. They call off the tour. Leads to Pakistan playing a 'home' series against Australia in Sri Lanka and Sharjah.

2003 Inzamam-ul-Haq and Younis Khan brawl in public while playing a game of warm-up football during the World Cup in Zimbabwe; Saeed Anwar tries to intervene but is shoved down to the ground by Inzamam.

2004 In May, Pakistan asks the International Cricket Council (ICC) for a code of conduct to prevent former...