Despite bagging little in recent polls, Mayawati is very much in the big one 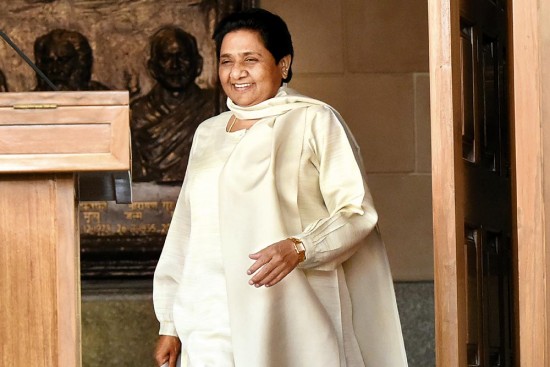 Now that the semifinals are done and dusted in the three Hindi heartland states, the ­focus has shifted to the grand alliance of opposition parties, and to Uttar Pradesh—a key state deciding the finals, the general elections, by dint of its 80 seats in the Lok Sabha, the maximum for any state. Failing to forge a pre-poll alliance with the Congress, the Mayawati-led BSP bagged only 10 seats in the three states—Rajasthan, Madhya Pradesh and Chhattisgarh. Had the pact materialised, most analyses suggest a probable gain of 10-15 seats to the alliance.

While the BSP continues to be useful to the anti-Modi opposition with its core voters comprising nearly 18 per cent of the UP electorate, Mayawati seems to be hedging her bets about joining the grand alliance. One sign that she would leverage her utility in UP to drive a hard bargain elsewhere was her skipping the swearing-in  of the three new CMs, right after she had reluctantly warmed up to the Congress by offering support to form the government in Madhya Pradesh and Rajasthan.