A single norm for India’s many ‘panchangs’? 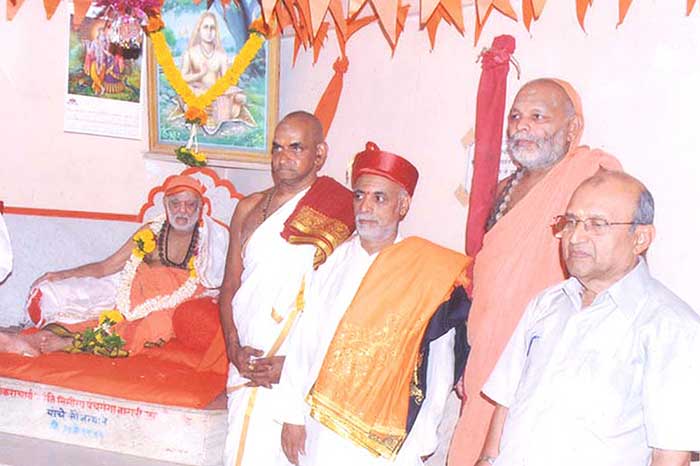 Necessity, in this case, is the mother of reinvention. Hindu almanacs, popularly called panchangs across the country, are headed for fundamental changes, with the baby steps taken by a reformist group in Kolhapur, Maharashtra. In time to come, there may be uniformity or at least agreement on certain almanac notings among the 40-odd almanac-makers in the country. Muhurats for weddings and other auspicious occasions may be fixed during the so-called inauspicious monsoon months, and certain all-India festivals may fall on the same date in a year instead of regional variations that now confuse people.

Finding common ground between the numerous Hindu almanacs, almost all of them sporting up to half a dozen different versions for local populations, is a daunting task. Also a rather avant-garde one, when its initiator happens to be one of the oldest religious institutions, the Shankaracharya—in this case, the Shankaracharya of Karveer peeth in Kolhapur, Srividya Nrusinh Bharati. Five of the eight leading almanac-makers in Maharashtra deliberated on this issue last week. Their report will be placed at the all-Shankaracharya meeting later this month at Kancheepuram, to enable the process to move into its second stage.

“The Karveer peeth Shankaracharya was getting requests from Maharashtrians abroad, asking if they could solemnise weddings during chaturmaas, the four monsoon months when muhurats aren’t given,” explains astronomer Ram Lele. “This started the process of reform, if one can call it that.” Lele, who heads the Karveer Vigyan Kendra, was asked by the Shankaracharya to steer the almanac reform committee.

The chaturmaas, largely followed in Maharashtra and parts of south India, is traditionally understood to be a period of reflection and devotion.

Even so, it’s time to revisit the unofficial ban on muhurats during this period, says D.K. Soman, astronomer and almanac-maker of the popular Dhavle panchang and Nirnaysagar calendar. “I do not give muhurats in these months, many almanac-makers don’t. This is mainly because we fear public backlash,” he says. “The chaturmaas concept was relevant in agrarian societies without modern systems of transport and communication. People had to tend to their fields, they could not travel by foot from one village to another in rain for weddings...these reasons aren’t valid now. We need to iron out such concepts and revisit almanac-making for our times.”

Ironing out differences is easier said than done. Hindu almanacs follow the uni-solar system (unlike the Muslim calendar, which is based on the lunar system), but the uniformity ends here. North Indian almanacs draw up months starting from full moon day, while those in central India start a new month from the new moon day, and many in south India accept the Sun’s entry into a zodiac sign as the start of that month. North Indian almanacs follow the Vikram Samvat with Diwali as the start of a new year while others follow Shalivahan Shaak in spring as new year. “In Gujarat and parts of north India dominated by the trader community, wedding muhurats are at night; this is unthinkable in Maharashtra and south India. This isn’t religion, it is tradition and convention. Trader communities preferred to do business during the day and celebrate events at night, so it became the norm,” points out Soman.

The two-day conference, preceded by discussions with fellow almanac-makers in Gujarat, was driven by a mix of science, religion and convenience. “We wanted to bring together the sciences of astronomy and almanac-making. Almanacs have a religious basis, but they should also offer scientific reasoning. It’s all there in Hindu dharma, our attempt is to bring it all together,” says Lele. Some pandits in Kolhapur offer muhurats during chaturmaas, and there are takers, he adds. The Shankaracharya is planning an all-India almanac-makers’ conference in December this year. A uniform Hindu almanac may be unacceptable, even undesirable, because almanacs must account for seasonal variations, regional disparities and local traditions, but it may be worthwhile to unify key elements. The process may take up to two years but a beginning has been made, fittingly in Kolhapur, the seat of social reform in Maharashtra.