Heating UP The Grill 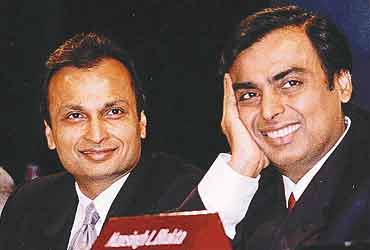 outlookindia.com
-0001-11-30T00:00:00+0553
The discovery created quite a stir. Energy experts immediately dubbed it the "most exciting" gas find in India in the last few decades. Understandably, Reliance Industries' stock skyrocketed after the company disclosed it had struck huge reserves in the Krishna-Godavari basin, off the southeastern coast. And the buzz across the country was about how the Ambani family was about to rewrite the country's energy blueprint. "The announcement is a potential welcome boost to energy self-sufficiency for India," says Vikram Singh Mehta, Anglo-Dutch oil giant Shell's chief in India.

He's probably right. Especially if India manages to find proven reserves in other blocks being explored by private parties, including the oil MNCs. But what has been forgotten in the gush are the geopolitical repercussions. To begin with, oil MNCs who have pumped in billions of dollars to explore gas in central, south and west Asia may need to rework their strategies. That's because, along with the other respective governments in the region, they were viewing gas-starved India as a major consumer. Moreover, the Reliance gas strike gives India an opportunity to emerge as a more influential player in the regional energy game.

It's called the Great Asian Game. One where global oil majors and national governments are falling over each other to find consumers for their gas reserves. In the last decade of the 20th century, huge quantities have been found in Oman, Qatar, Iran, Turkmenistan, Kazakhstan, Bangladesh and Myanmar. Suddenly, oil-producing nations realised that revenues from gas could provide a hedge against earnings from crude, whose prices have fluctuated wildly. The new Central Asian nations figured out that the discoveries gave them a chance to kickstart their fledgling economies.

All these countries understood that the only problem was finding enough consumers. And all of them were looking at south and east Asia, apart from Europe. "India and China will be the largest gas consumers in the near future. Demand in Europe isn't likely to grow very fast," says a Delhi-based energy expert who's worked with the state-owned Gas Authority of India Ltd (GAIL). According to calculations made by the oil MNCs who invested in the new gas-producing nations, India's demand would more than double from now to 230 million standard cubic metre per day (mscmd) by 2005.

So a number of projects were planned to cater to this demand. Iran decided to invest $4.5 billion in three new plants to make liquefied natural gas (LNG), one of which would supply exclusively to Indian consumers. While LNG can be transported via sea routes, Iran was also keen to build either a $3-billion overland/undersea gas pipeline to India. So were Turkmenistan and Kazakhstan which felt they could either hook up with the Iranian network or build a separate overland pipeline through Afghanistan and Pakistan. Obviously, the latter has security issues that need to be resolved.

Oman and Qatar too were banking on India as a big market for their LNG. While Qatar's RasGas inked an agreement with India's Petronet to supply the fuel, Oman was already selling it to Enron's power plant in Dabhol. (Enron has invested huge sums in Oman to produce LNG that could be sold to its own power plants in Asia.) In Bangladesh, Unocal charted a new pipeline route that could supply gas from its fields to consumers in north and east India. "All these players were excited about the demand prospects in India," admits A. Sen, senior fellow, Tata Energy Research Institute (TERI).

But every calculation could now go awry with the Reliance discovery. Especially if it turns out to be as big as envisaged. At present, Reliance contends that the Krishna-Godavari field could produce 40-50 mscmd of gas for a period of 20 years.But that may be the tip of the iceberg since the company has only explored 20 per cent of the block. Not to forget that several companies are now speculating that they too can find reserves in other areas off Orissa and Gujarat. "Going by current activity, we could have a few more attractive strikes in the next 2-3 years," says a senior manager with an Indian oil company.

Couple that with the fact that gas demand has not grown as rapidly as projected by the oil majors. The optimistic picture was painted based on the assumption that India's power sector may witness additional capacities of 20,000 mw each in the Ninth and Tenth Plans. But since power sector reforms have been put on the backburner by most states, not many new plants have come up. "Gas demand for power units is simply not there," says a senior fellow at a Delhi-based think tank. TERI's Sen too agrees that the additional demand has "not materialised".

In fact, even the state-owned NTPC has scaled down its projected requirements for LNG. For instance, sources say NTPC's Kayamkulam project in Kerala—supposed to consume 2 million tonnes of LNG every year—has practically been shelved. Several other private power projects are also not expected to come up anymore, what with many foreign investors walking out in disgust. The situation is similar in the fertiliser industry, another potential consumer. The fertiliser policy has been hanging fire for a long time now and the government has still not decided how it will remove the subsidies in this sector.

Although the Indian government has to be blamed for what's happened in the power and fertiliser sectors, it may now turn out to be a blessing in disguise. For India, which would still need to import some gas, can put additional pressure on global suppliers to extract concessional terms or, even, lower prices. Even before the Reliance discovery, Petronet had asked its Qatar supplier to reduce prices. Reliance had envisaged importing LNG up to 8 million tonnes per year from Iran, and had extracted attractive terms from the government there. Now the pressure on sellers will increase further.

That, in turn, could push LNG and gas prices downwards. What might happen is that global prices will match the price of domestic gas, which is currently subsidised and expected to go up. Experts feel that there's enough fat in the current LNG pricing structure to allow producers to reduce prices without becoming unviable. That's evident from the fact that Reliance's terms with the Iran government envisaged a price that was competitive compared to gas available from the domestic Tapti basin. "Competition and the price of domestic gas will decide the fate of global projects," says a Delhi-based expert.

Some of the international plans might be shelved, which could also be the fate of some of the proposed LNG regassification terminals in India (meant to buy LNG globally, to be regassified and supplied to Indian consumers) and regional gas pipeline networks. For instance, Yemen has already gone back on its LNG plans since it was unable to find enough customers. And doubts are now being raised about Indian terminals proposed by—apart from Petronet and Reliance—Shell and British Gas.

None of the players seem too worried about Reliance's gas. For one, the gas reserves off the east coast are ideal to cater to demand in southern states like Andhra Pradesh, Karnataka and Tamil Nadu. Only in an extreme case will Reliance build a pipeline to transport the gas all the way to Maharashtra. Also, the LNG terminals are being built on the west coast. "Reliance won't compete with our project (in Hazira, Gujarat), since the discoveries are situated at a considerable distance from markets for our gas," says Shell's Mehta.British Gas feels its project is too small to feel the pinch.

Reliance will also take at least 3-4 years to be in a position to sell its gas. And if the company has to compete in the western region, transportation costs could make its gas more expensive. By that time, the new LNG projects could come up and they could price their product competitively to woo consumers. Clearly, the battle to win the Asian Gas Game is hotting up. Whatever happens in India over the next few years is going to have a serious geopolitical effect.

By Alam Srinivas With Arijit Barman