Hear That Hollow In The Drumbeat?

The Modi hype is relentless. But some of our institutions of democracy are still fragile for us to risk a firebrand leader. 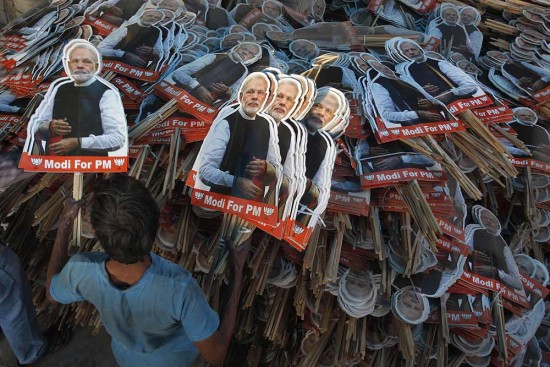 The drumbeats are all around us, proclaiming the triumphal arrival of Narendra Modi as our next prime minister. They are already reaching deafening proportions among urban middle classes, NRIs and the corporate sector-owned media. For the last few months, a rising crescendo of clamour about a ‘Modi wave’ has, through clever PR and slick advertisements along with his gruff eloquence and prodigious energy, indeed created in a self-reinforcing way a wave about the ‘unstoppability’ of a supreme leader. The myths building around him are now almost impenetrable. Yet a close scrutiny of them is worthwhile even if he is to become the next PM.

Modi has made governance the major plank of his platform, and through constant repetition, his excellent record in this respect is now taken as a given fact in many quarters. There is no doubt that much that is wrong in Indian politics has to do with governance issues at all levels. Modi has pointed to his record of strong and quick decisions in his state of Gujarat and its superb performance in economic growth, which he now promises to replicate for the rest of India.