Manmohan’s warning on Afghanistan is one Obama must heed 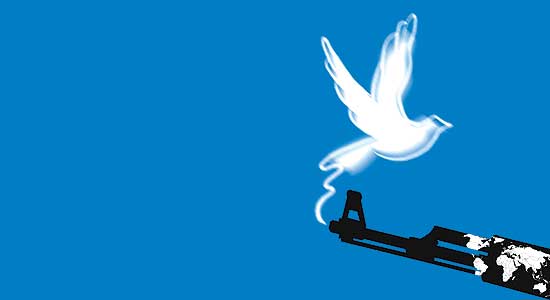 Prime Minister Manmohan Singh delivered a strong message to the US this week: Don’t go wobbly on Afghanistan. At a time many Americans are asking why we are in Afghanistan, the soft-spoken Indian prime minister was very direct and candid in describing the stakes in Afghanistan in an interview with the Washington Post on the eve of his meetings with President Barack Hussein Obama in the Oval Office.

Manmohan told the newspaper: “A victory for the Taliban in Afghanistan would have catastrophic consequences for the world—particularly for South Asia, for Central Asia and for the Middle East. In the 1980s, religious fundamentalism was used to defeat the Soviet Union. If this same group of people that defeated the Soviet Union now defeats the other major power, this would embolden them in a manner that could have catastrophic consequences for the entire world.”

The Indian prime minister’s assessment comes on the anniversary of the worst terrorist attack since that of September 11, 2001—the assault on Mumbai a year ago by the Pakistan-based Lashkar-e-Toiba. In its tactics and targets, 26/11 had all the hallmarks of the global Islamic jehad. The attack on Mumbai was the first crisis in the world after Obama’s election last November and it had an important impact on his thinking about the risks and threats he faces as president. It is undoubtedly part of the reason why he made dealing with the jehadist threat in Pakistan and Afghanistan his highest foreign policy priority. As he reviews how many more troops to send to Afghanistan now, Manmohan’s warning should be listened to carefully by all Americans.

The US and India confront a syndicate of terrorist groups in the badlands between Afghanistan and Pakistan. They are not a monolith, nor do they have a single agenda. They have no single leader, although most groups (including Al Qaeda) swear allegiance to Mullah Omar, the leader of the Afghan Taliban. But they work together, they inspire each other, and they often protect each other. A victory for the syndicate in Afghanistan would have enormous implications throughout the Islamic world. It would symbolise dramatically that the global Islamic jehad movement was on the march.

The impact would be most immediate in Pakistan, where a weak civilian government is already tottering. The Pakistani army, which has long had close ties to parts of the syndicate (especially the Lashkar and the Afghan Taliban), would have to make adjustments to live with a victorious Taliban next door. The Pakistani Taliban would be emboldened to push for a jehadist state in Islamabad. India’s own enormous Muslim minority would face the danger of radicalisation. Central Asia would be infested with Taliban-inspired violence. Moderate Muslim voices throughout the Islamic world would be on the defensive.

President Obama inherited a disaster in Afghanistan from his predecessor, who neglected the war for seven years and failed to resource it properly. The situation has gotten worse in the last year, but it is not yet hopeless. The United States has strong partners in the effort to stabilise Afghanistan. The nato alliance has made Afghanistan its first ever ground war and the alliance’s future will now be decided in the Hindu Kush mountains. Over 40 countries have troops on the ground now in Afghanistan. India has already provided $1.2 billion in economic aid to the effort, building the new Afghan parliament and a critical road project linking Afghanistan to the Arabian Sea via Iran.

The nations of the international community trying to help Kabul can still succeed in Afghanistan if they explain to their domestic audiences why it is so important to succeed. In the first state visit of the Obama administration, a visible symbol of India’s importance for this presidency, Manmohan has laid out the stakes in Afghanistan eloquently and clearly this week.

(The writer is a senior fellow at the Saban Centre for Middle East Policy, Brookings Institution. He chaired President Obama’s strategic review of the Af-Pak policy last winter and is the author of The Search for Al-Qaeda.)

Rose And The Briar?