He Who Couldn’t Keep Quiet

Braggadocio, or doing his government’s bidding, what prompted Vaidik to meet Hafiz Saeed? 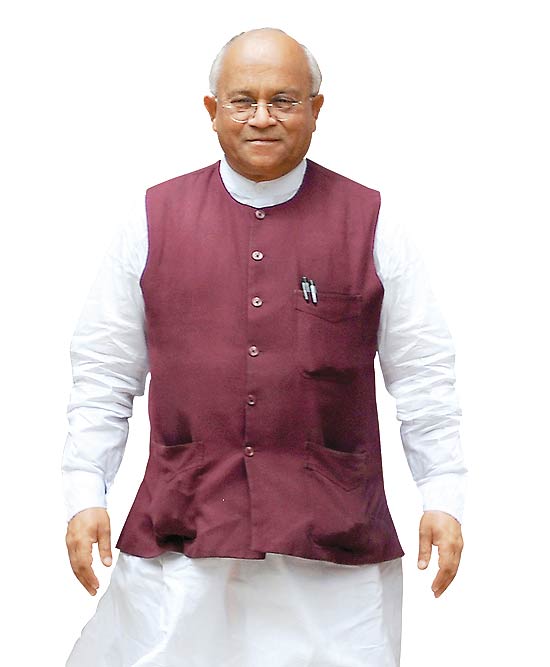 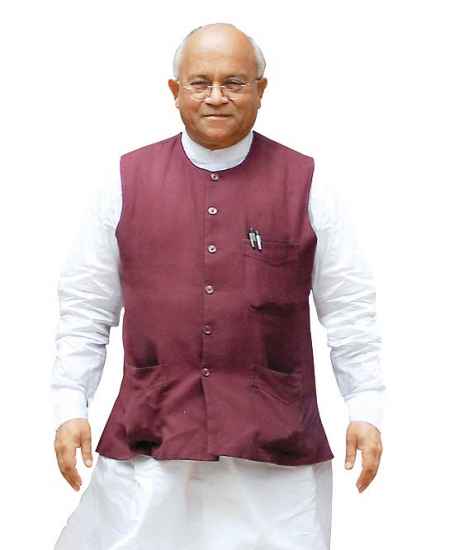 Backchannel negotiations and Track-II diplomacy are par for the diplomatic course when leaders of countries want to achieve breakthroughs in bilateral relations. Editors and senior journalists are often part of this process, as informal couriers of messages respective governments might want to convey. It’s no different in the fraught India-Pakistan relationship, and there have been plenty of occasions when media personalities have voluntarily carried important messages across the border. Atal Behari Vajpayee’s Lahore peace bus initiative and the tapes played before Nawaz Sharif to show the complicity of the Pakistani army during the 1999 Kargil misadventure are two such prominent instances.

One isn’t quite sure, though, what bracket the recent meeting between old-time Hindi journalist Ved Pratap Vaidik and alleged 26/11 mastermind Hafiz Saeed fell in. On his part, Vaidik claims he met Saeed in Lahore only out of pure journalistic impulse: the desire to interview a man who tops the list of the ‘most wanted’ terrorists in India. But with over a fortnight having elapsed and there being no sign of any interview, there is enough speculation—among opposition parties and in diplomatic circles—whether it will ever be transcribed and if the purpose of the visit wasn’t something else entirely. 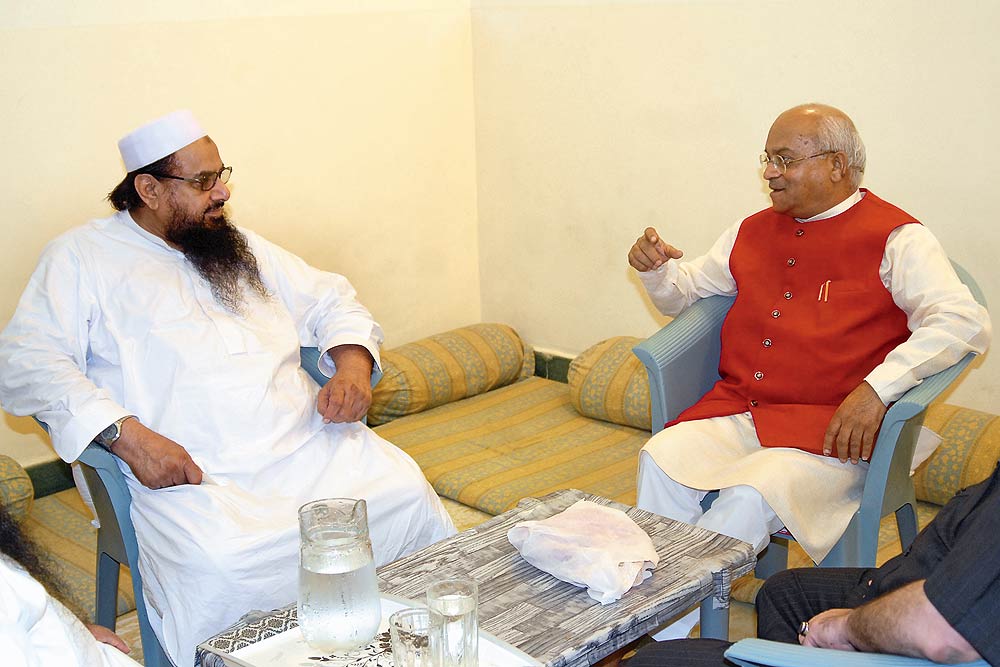 “As a journalist, Vaidik has every right to meet Saeed,” says veteran journalist Paranjoy Guha Thakurta. “But after weeks, it is legitimate for us to ask where the interview is.”

Vaidik, who was in Pakistan as part of an informal Indo-Pak dialogue organi­sed by a Pakistani think-tank last month, stayed back over a fortnight for his various meetings. But as any veteran of India-Pakistan affairs knows, it is extremely difficult to meet Saeed, who’s very well-guarded. Unless, of cou­rse, the Pakistani security establish­ment—particularly the ISI—facilitates such a meeting. The question then is a concomitant one: why should the Pakistani establishment go out of its way to arrange a meeting with Saeed? 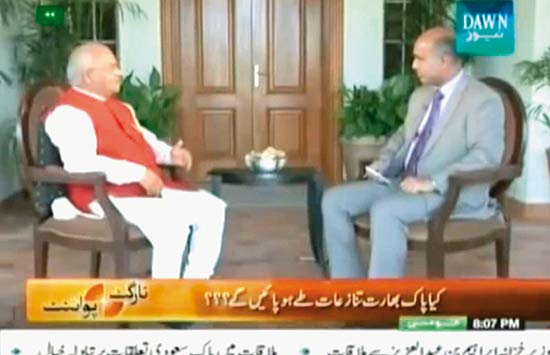 Freelance ideator? Vaidik giving an interview to Dawn in Pakistan

“It is not easy to get access to Hafiz Saeed without some active help in Pak­is­tan,” says political commentator Kumar Ketkar. He too asks why the Pakistanis would have facilitated this meeting.

When Pakistani high commissioner Abdul Basit met members of the Indian delegation that included former Union ministers Mani Shankar Aiyar and Salman Khurshid and many other well-known media personalities, Vaidik did not share his intention of meeting Saeed with anyone. This could well have been intentional. Or perhaps he came up with the idea of meeting Saeed only later after he decided to stay back to meet Prime minister Nawaz Sharif and other key figures in Pakistan. 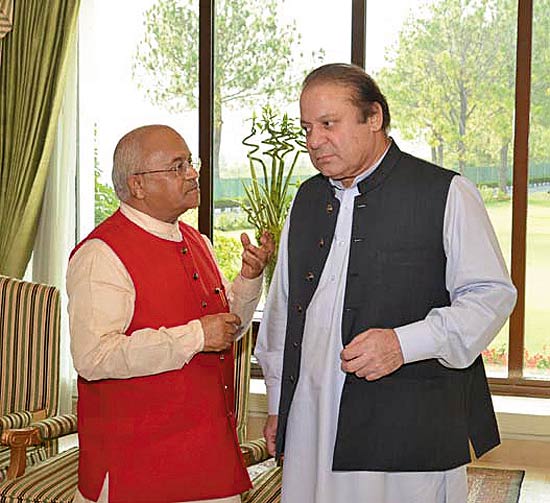 Pakistani officials certainly believe that Vaidik—a frequent visitor to Pakis­tan and on good and cordial terms with various political figures in the country, cutting across party lines—struck upon the idea during one such meeting with key players in the Pakistani establishment. Most likely it came from people in the security establishment who were keen to refurbish Saeed’s image—particularly after the US placed a bounty of 10 million dollars on his head.

If this is indeed the case, the next question is: was Vaidik chosen because he is a journalist or because of his pro­ximity to the Modi government?

The question becomes pertinent bec­ause of the timing Vaidik chose to rel­ease his photographs of his meeting with the Jamaat-ud-Dawa chief. He had met Saeed on July 2, but chose to make the information public and rele­ase pictures only on July 14, a day after the Indian prime minister had left for the BRICS summit in Brazil. Had his sole aim been to secure an exclusive interview with a dreaded terrorist, Vai­dik would perhaps have shown some urge­ncy in getting it out at the earliest. What was he waiting for? To gauge the reaction in India to his meeting the 26/11 mastermind before going public? 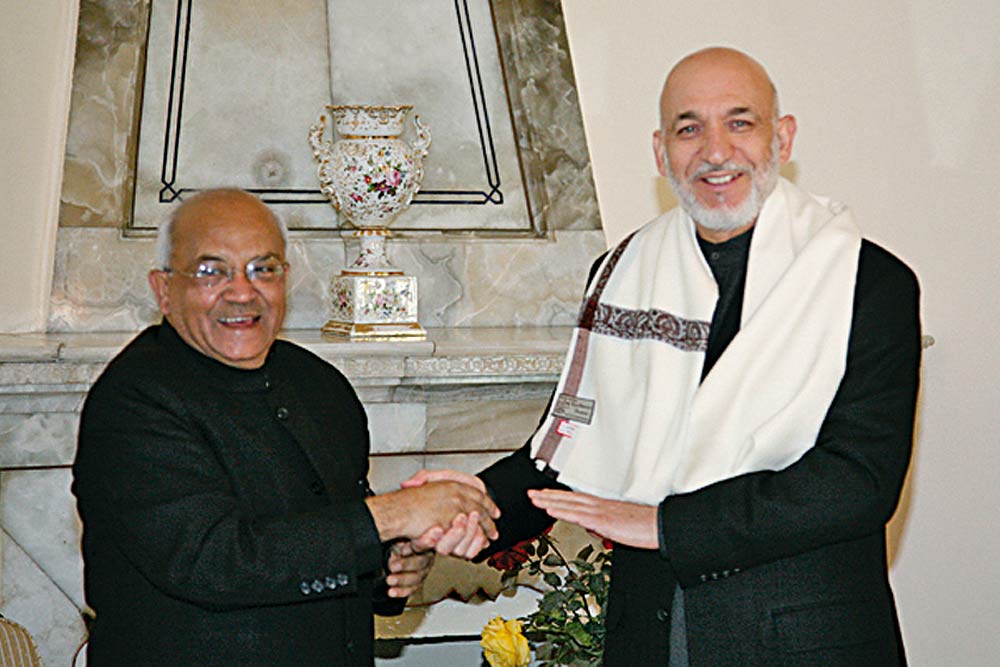 Vaidik could not have met Saeed unless the Pakistani security establishment facilitated it. But why?

Another section thinks that though the Modi government—or at least some of its key figures—were not aware of the meeting initially, Vaidik later brought  them into the loop. Once they knew there was such a possibility, they may have even encouraged Vaidik to assess what Saeed’s views were on the Indian prime minister. That could well have been why the only information Vaidik chose to share about his meeting with Saeed centred around Modi. “Saeed said Modi is dangerous and has now become the prime minister of India. I said that his thinking is not right. There is no need to fear Modi,” Vaidik was quoted as saying in the media.

“The attempt was clearly to neutralise Hafiz Saeed—the key opposition in Pakistan,” says Ketkar. He also wonders why, if the meeting did not have Modi’s blessing, did Vaidik choose to wait till his departure from the country before informing people about the meeting. “He wanted the prime minister to avoid making a statement in Parliament on the controversial issue,” Ketkar concludes. 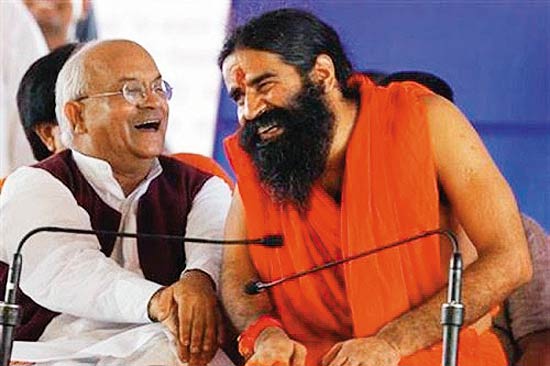 On the face of it, there seems no good reason for the establishment in Delhi to employ Vaidik to meet Saeed. If the idea was to engage Pakistan, then Modi had already set the ball rolling when he invited Nawaz Sharif for his inauguration ceremony. Besides, a sideline meeting is scheduled during the SAARC summit in Thimphu later this month between the trade and commerce ministers of the countries, not to mention the resumption of foreign secretary-level talks in Islamabad next month to chalk out a proper schedule for engagement.

Why then would the BJP government in Delhi encourage a backchannel negotiation with Saeed now? 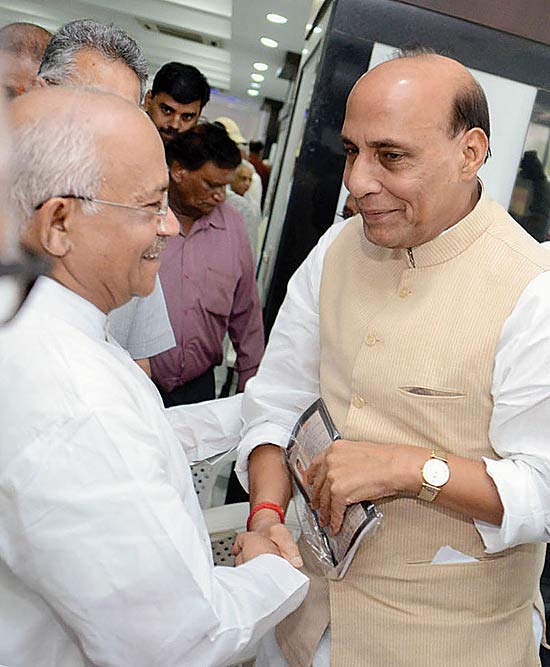 The Lashkar-e-Toiba founder is no doubt an important asset for the Pakistani military and security establishment. Vai­dik too is well-known in the Pakistani establishment, and his stock must have gone up further because of his perceived proximity to the Modi government—through Baba Ramdev. But as long as there are no further terror attacks against India, it seems unlikely that Saeed will continue to be in the Indo-Pak sights.

Much of the controversy in India has arisen because of the limited information Vaidik has chosen to share with the public. Going by which information, the meeting between the two seems nothing more than a ‘photo-op’, plus the assurance by the JuD emir that neither he nor his supporters would create a problem for Modi if and when he came to Pakistan. 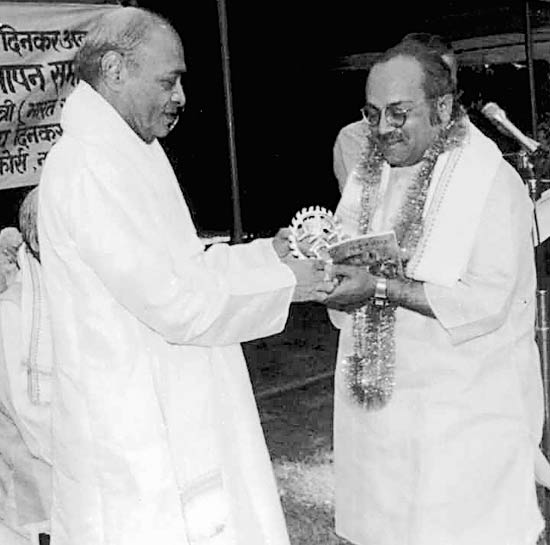 Something former diplomat Vivek Katju dismisses outright. “Hafiz Saeed is an arm of the Pakistani military and security establishment and will do what the senior generals ask him to. So why should anyone take the assurance he gives about peace and calm during a possible Modi visit to Pakistan?” he asks.. 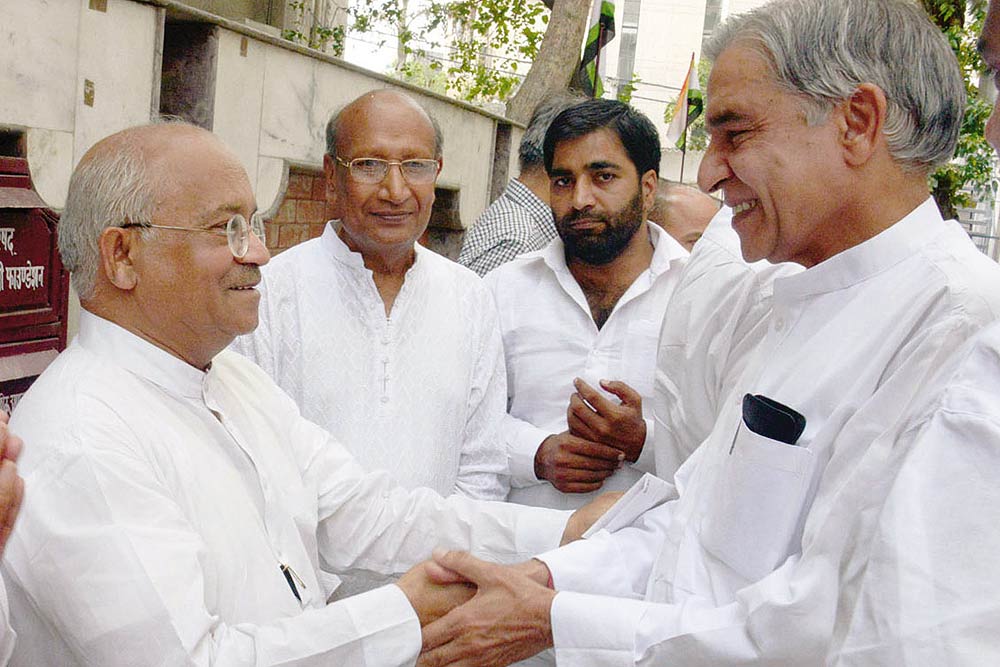 But as opposition parties continue to make political capital of the issue and the BJP distances itself from Vaidik, one wonders whether the entire episode is indeed the “diplomatic misadventure of a private man”, as Arun Jaitley said, or a botched-up backchannel engagement of the Modi government. Whatever the truth, it once again underlines that any “far-fetched idea”—say Advani praising Jinnah that many years ago—is bound to provoke a strong reaction in India, especially when it’s vis-a-vis Pakistan.