'He Wanted To Quit Two Months Ago'

On the controversy over Infosys chief Narayana Murthy quitting as chairman of the Bangalore International Airport Limited. 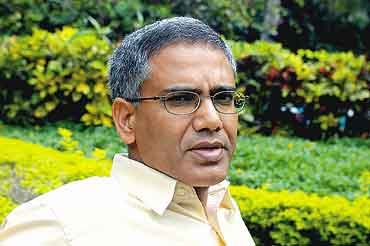 Do you think Narayana Murthy quitting BBIAL hurts the progress and image of Bangalore?
As far I know, Mr Murthy wanted to quit two months ago. He had said that all the clearances were approved and work had begun, he did not see any need for him to hang on. I think he ill-timed his resignation.

But your own IT community says that his going will hurt the process of Private-Public Partnership (PPP).
Everybody talks of PPP, but let me tell you what happened when I tried to bring together three roads that lead to IT hubs under PPP for the first time in October 2003. No IT company wanted to contribute; the situation became so embarrassing that I had to raise the money from builders. It is one thing to talk and another to walk it.