He Played For India 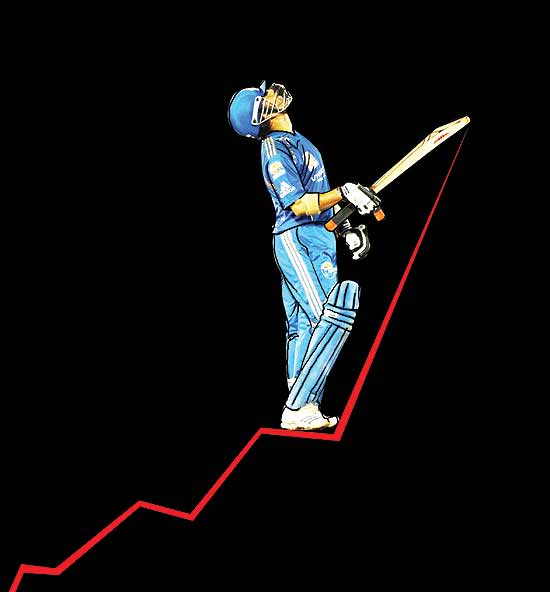 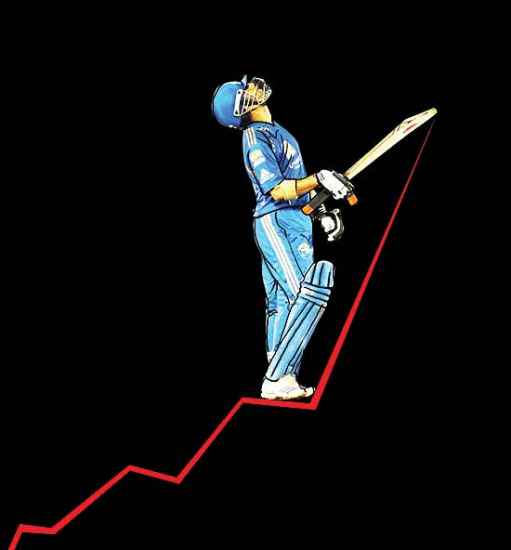 India’s first encounter with Sachin Tendulkar was when he was only 14. The year: 1987. In a nation fascinated with cricket, it was inevitable that India would be mourning Sunil Gavaskar leaving our cricketscape. Indian cricket, overnight, was in need of a saviour. Sure Vengsarkar was in great form, Manjrekar had his sound technique and Azharuddin his magical wrists. But truth be told, none of them were in the league of the just retired Gavaskar. It was then that Indians read about Tendulkar in a Bombay newspaper. A child prodigy, he was being touted as the next big thing in Indian cricket.

At 14, he was already dominating first-class cricket. He had scored a hundred on debut at the Ranji trophy, scored a hundred against the Rest of India in his very first Irani Trophy game and was starting to knock at the doors of international cricket. This kid, who went to the nets of Ramakant Achrekar with brother Ajit at age 11 and was initially rejected by his guru, had soon managed to con­vince not only Achrekar, but the entire Bombay cric­ket fraternity, that he was special and had prodigious talent.

Then came his debut series, against Pakistan in Pakistan, in 1989. It was a terrifying thought to think how a boy of 16 would stand up to the likes of Imran Khan, Wasim Akram and the express debutant Waqar Younis. The nation’s worst fears came true when he was hit on the nose at Sialkot by a Waqar scorcher. Navjot Singh Sidhu, batting at the other end, recounted later: “My immediate reaction was: he has to be rushed to hospital. I was about to run to the other end when I saw Sachin raise his hand. In his squeaky voice, he said, ‘Mein khelega’. He had blood all over his face but never once did he think of leaving the field.” These two simple words, ‘Mein khelega’, best sum up Sachin, who has always worn his passion on his sleeve. Watching Sachin continue to bat, then cream a four off the very second ball after this through cover, India realised that it was finally seeing Gavaskar’s successor in action.

This realisation gained further ground when Sachin scored a match-saving hundred in England in 1990. In only his ninth Test match, he stood unbeaten on 119, an innings that sent the cricket world a message—its next superstar was here.

But all these were preludes to the real movie: Australia, 1992. India reached Perth down and nearly out. The hallowed turf of the WACA, an Australian fortress which offered the bowlers pace and bounce and where Australian gladiators tested the world’s best. Only real men survived on this pitch. Tendulkar, then 19, scripted a fantastic 114, a knock of incredible brilliance that made up for a tame Indian surrender. We finally had an answer to the Australian traders of pace: Sachin Tendulkar.

By the mid-1990s, Sachin had become the one bona fide Indian hero, an icon we could trust. The best, however, was yet to come. It came when a desert storm stalled India’s run chase at Sharjah in a crunch game against Australia in the Coca Cola Cup in April 1998. All of India remembers the players lying on the ground with the storm blowing across the stadium. India’s chance of making the final was remote. But Tendulkar wasn’t done. When play resumed, an even fiercer storm hit the Australians. Not only did he propel India to the final, playing one of the great ODI innings, but an absolutely stunned Tony Greig said on TV that Sachin was going for victory in a manner only he could. He did achieve the elusive triumph for India on his birthday a couple of days later, with a century that reputedly gave the legendary Shane Warne nightmares.

It was the 1999 World Cup that brought to light his unrivalled commitment to the nation. Forced to return home after his father’s demise, Sachin was back in action within days. His rather mournful look at the sky after completing that fantastic hundred against Kenya, a century he dedicated to his father, brought tears to the eyes of every Indian fan. In fact, it was later revealed that Sachin had fielded in that match in black shades because he was unable to hold back his tears. He had played out each word of what he said in an advertisement soon after: “My name is Sachin Tendulkar and I play for India”.

That’s what he continues to do at 40. With a decent Australia series behind him, where he showed enough glimpses of his mastery, he could well have called it a day. Retiring at home in front of a packed house would have been a perfectly scripted fairytale. Most would long for such a send-off. But not Sachin. India plays South Africa in South Africa in November-December 2013 and Tendulkar may well have opted for the easy way out by retiring at home. But that’s not like Sachin. He knows more than anyone that India will need him against Steyn, Philander and Morkel. He knows it will be a real challenge in those conditions at 40. He knows the jury will be out. Finally, he knows what all would be written and said about him after a few failures. Despite the odds stacked against him, he is ready for the challenge. That’s how the best think. That’s why they deserve to be called the very best. And Sachin, needless to say, is the best of the best.

I have often been asked where I’d place Sachin in the world sporting pantheon. My answer: at the very top. And I am glad the galaxy of people writing in this issue agrees with me. For a country with a sporting record such as ours, he has given us a dream and has helped us turn it into reality day in and day out, year after gruelling year. It’s time we went a step further and placed Sachin on that unique pedestal that no Indian has ever aspired to, the one reserved for Jessie Owens, Jackie Robinson, Wilma Rudolph, Carl Lewis, Greg Louganis, Michael Phelps and Usain Bolt. He has to be seen in the light of achievements deemed impossible before achieved. And that transcends his genius cricketer status. He is India’s contribution to the history of world sport, a man who gave us our own square yard on an imaginary ‘all-time-great pitch’ in a celestial cricket ground. Happy 40th birthday Sachin.