He Is Only A Camera

Ever the consummate reporter, Tully dutifully ploughs through all interest areas. What he lacks are opinions. 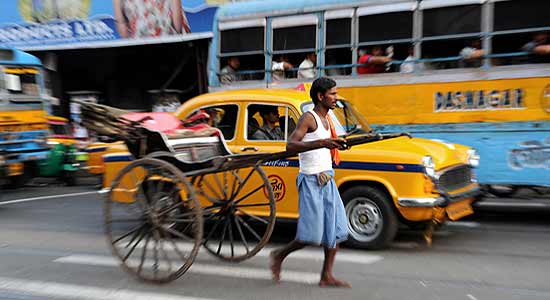 I think most people will agree that there are few foreigners who have come to know India better than Mark Tully. He worked as the BBC's chief of bureau in New Delhi for 22 years, and has stayed on after retirement. In fact, in many ways ‘Tully Saheb’, as most people call him, and as I have addressed him for as long as I can remember, is rather more Indian than most of the anglicised crowd he has to socialise with in Delhi.

The thing about Mark is that he has always been and will always be a reporter. He may be getting on a bit in years, and may have to shuffle along a trifle slower in order to corner his journalistic target, but his reporter’s instinct is as sharp as ever. That is the reason for the readability of his latest offering, Non Stop India.

The book is a series of reportage about some of the most important issues India is grappling with. These include governance or the lack of it, caste, corruption, poverty, environmental neglect and the growing strength of the Maoists, among others. As a reporter par excellence, Mark sets out to see what the situation is on the ground, and once there, records what others, including those directly affected, have to say. In this sense, he brings through his research a spectrum of points of view which are rarely heard in the ‘breaking news’ urban centrism of our conventional media.

The book has the tone of being written for a foreign audience. The simplistic annotations of common things may irk Indians.

This style of writing is a continuation of his earlier books, including No Full Stops in India. It is reminiscent too of Naipaul’s more voluminous but not necessarily more illuminating A Million Mutinies Now. Certainly, the context for this latest book—in many ways a sequel to his earlier ones—does exist. Certainly, an analysis needs to be made of where we are after the foundational economic reforms introduced by Manmohan Singh in 1991. Two decades have passed, and opinions have oscillated from unqualified optimism to unreserved cynicism about what the reforms achieved, and where India is likely to be in the next few decades. Tully makes that attempt, but unlike many prominent armchair analysts, not by lecturing at the iic, but actually visiting the theatre of action, be it Maoist-affected Jharkhand, caste-infested villages and towns of eastern Uttar Pradesh, or the critical periphery of Arunachal Pradesh.

But at the end of his perambulations, does Tully have anything new to say? I doubt it. He puts forward engagingly—and authentically—what most of us know. We know, for instance, that religion as a tool in politics has lost its appeal; we know too that Mayawati has empowered the Dalits, even if caste affiliations are still a dominant factor in most parts of India; we know of the legacy of colonial rule in education; we know about the neglect of the Northeast; and we are not unfamiliar about either the fact or the reasons why the tiger is being decimated in India.

I would have liked Tully Saheb for once to go beyond mere reportage. I would have liked him to shed the reticence of a well-informed foreign reporter and, like the Indian he has become, come out with a list of priorities of what needs to change and how. In other words, I would have liked to see him leave the safer shelter of an observer and give his own views far more robustly—of what is wrong or right with India, and what it must do in order to fulfil its destiny of emerging as a major global power. The reality of India may be multifaceted but there is no ambivalence about the truths it needs to hear.

Mark should have stated them—not as journalistic inferences—but bluntly.

Finally—and I know Tully Saheb will not like my saying this—there is the persistent tone in the book of being written more for a foreign audience. The simplistic annotations to explain what is so commonly known must be a little irksome for the Indian reader, although no doubt they would be helpful for someone in the UK. That, in fact, would explain the essential existential dilemma of someone like Mark Tully. He has become more of an Indian than most foreigners can, and yet people ‘back home’ expect him to produce a book that can help them to understand India. Sometimes, but only sometimes, Tully falls flat between these two opposing stools.