Our co-warrior against terror, Bangladesh must ferret out marked men 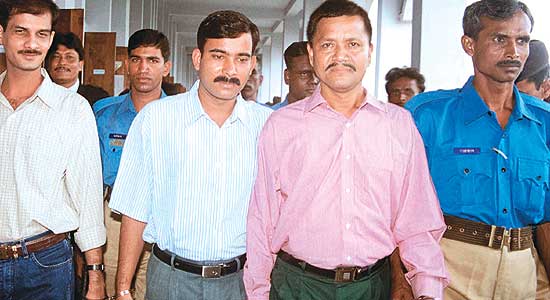 The one signal that came loud and clear from Sheikh Hasina’s visit was: Bangladesh is no longer a safe haven for Indian insurgents. For years, secessionist groups would slip through the porous borders to launch attacks in the Northeast and north Bengal, and then slink back to their Bangladesh hideouts. Assisting them with logistic support were successive regimes in Dhaka and sections in the Bangladesh security establishment. Worse, Dhaka denied the presence of insurgents on its soil.

All this seems to be a thing of the past. The Sheikh Hasina government has put its money where its mouth is. Beginning November last, it handed over Chitrobon Hazarika and Sashadhar Choudhury, two central committee members of the United Liberation Front of Asom (ULFA), which is waging a bloody battle to liberate Assam. A month later, it handed over ULFA founder Aurobindo Rajkhowa and the outfit’s deputy military commander, Raju Barua.

The list of insurgents nabbed and handed over to India is likely to grow, courtesy a spate of agreements signed between New Delhi and Dhaka. These agreements facilitate handing over fugitives still in Bangladesh, especially those in custody. “The question is not how many other insurgent leaders are still in Bangladesh. The question is now whether they will still see Bangladesh as a safe haven,” says an Indian official confidently.

Here are six important insurgent leaders who are said to be in Bangladesh:

Anup Chetia: Currently in the Bangladesh government’s custody, the ULFA general secretary is even said to have had a 90-minute meeting with then Pakistan president Pervez Musharraf in 2002 in Dhaka.

Paresh Baruah: He’s the commander-in-chief of the armed wing of ULFA, and responsible for much of the mayhem in Assam. A keen soccer player, he was once a star of the Dibrugarh Railway team.

Ranjan Daimary: He allegedly masterminded the serial bomb blasts in Assam on October 30, 2008, which killed around 100 people. Two months later, the National Democratic Front of Bodoland went into peace talks with the Centre and removed Daimary from the post of president. He heads his own faction now.

Biswa Mohan Deb Barman: He’s the supremo of the National Liberation Front of Tripura, which wants to carve a separate homeland for tribals who have become a minority because of migration into the state. Biswa was reportedly arrested in Bangladesh last year.

Jibon Singha: He heads the Kamtapur Liberation Organisation, which is fighting for a separate state comprising six districts of West Bengal and four districts of Assam. ULFA is said to finance it.

Anthony Shimray: He’s the chief arms procurer of the National Socialist Council of Nagaland (Isaac-Muivah group), which is involved in talks with the government. Jane’s Intelligence Review named him among the possible target recipients of the $4.5-5.7 million worth of arms seized from Chittagong in 2004.