Yes, if the statisticians desist from using different sets of figures to argue otherwise 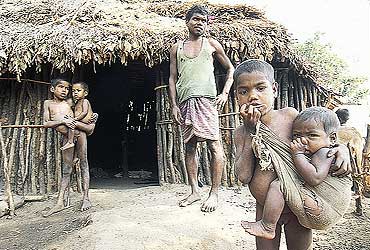 outlookindia.com
-0001-11-30T00:00:00+0553
Economic reforms is no longer news. All the finance ministers, and their political patrons, have jumped on the bandwagon. The difference between the men and the boys is in their zeal and implementation—the intentions are unquestioned.

Meanwhile, there are the nattering types. They have raised various objections against the reforms; most importantly, that such reforms have largely bypassed the poor. Bis-mil-muflis, or "I begin in the name of the poor", is their rallying cry and official data, in the form of the National Sample Surveys (nss), is their thinly concealed weapon. Started in the early '50s, the nss surveys have provided useful updates on the status of the poor in India. The 1999 nss data showed that poverty declined by as much as 10 percentage points, from 36 to 26 per cent, during the economic reform period. But they aren't satisfied; there are mumblings about how the methodology was questionable and other reasons best, and only, understood by rarefied statisticians.

The application of first principles leads one to ask the simple question—what is the usefulness of economic reforms? The '80s were distinguished by an acceleration of economic growth to about 3 per cent per capita, from about 1.5 per cent in the previous three decades. Surely a healthy rate—why fix it if it ain't broke? The most important reason for desiring economic reforms is often missed by economists, perhaps because the thinking belongs to philosophers and concerns freedom—economic freedom. Reforms are desirable because they increase economic freedom by decreasing government control over economic activity.

India has been notable in its dedication to that other freedom—political, except when such freedom was snatched away by Indira Gandhi in the mid-'70s. The noble socialists, aka the Nattering Nabobs of Negativism (nnn), objected vehemently, when their freedom to assemble was taken away. But they, and several other misguided liberals, didn't raise a whimper when banks were nationalised or industrial licensing introduced or small scale reservations mandated or foreign exchange controlled. Not only did they not object, they drafted several of these interventions. Babus at the commanding heights was their motto, let economic freedom be banned.

But several scholars question the link between economic growth and poverty reduction. Indeed, the World Bank has a new growth industry oriented along "quality of growth" and its accoutrements like empowerment, etc. This industry was launched because surveys like the nss had shown that despite economic growth, poverty had not declined in India (1998) and indeed may even have increased. This conclusion was based on the bad logic because the data on poverty was taken from sample surveys but the data on economic growth was taken from the national accounts.

Why not use the same source, i.e. nss data, for both income and poverty trends? The table does this exercise using survey data for 15 Indian states, with the rural and urban sectors treated as separate economies. So there are 60 growth-poverty relationships for the pre-reforms decade (1977-83 and 1983-87) and an equal number for the post-reforms era (1987-93 and 1993-99).
The conclusion (wonder why no one has calculated these simple numbers?) is a ringing endorsement for the view that economic growth is necessary, and sufficient, for poverty reduction. Over 80 per cent of the economy-year observations show a one-to-one relationship between growth and poverty reduction; only four cases (3.3 per cent of the total of 120 cases) yield the outcome emphasised by the nnn—positive economic growth leading to a rise in poverty. And there is not a single such bad case in the reform '90s! And on this flimsy basis are ideologically correct conclusions reached!

(The author invites comments on www. oxusresearch. com where an archive of articles is available.)