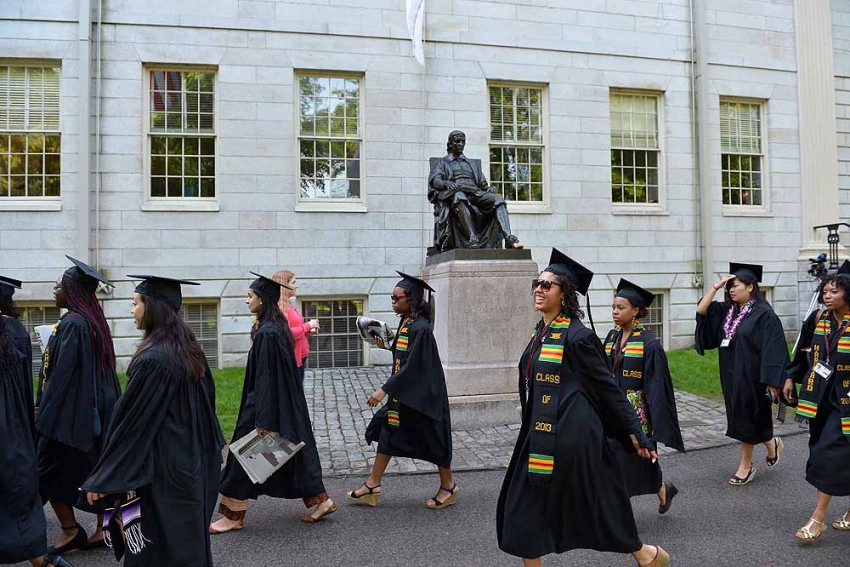 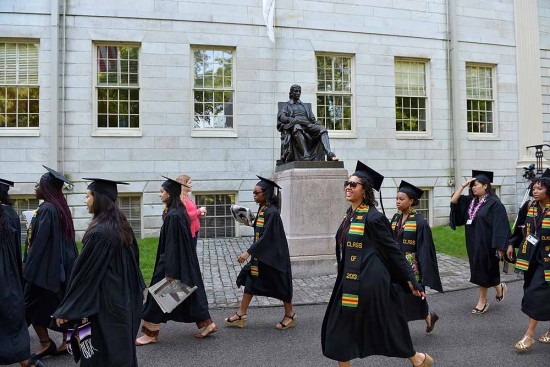 Early in our first term at the Harvard Business School in 1969, I returned from breakfast to see my suite-mate had overslept. I woke him up and went to class. He rushed into class and slid into his seat exactly on time, dressed in hastily pulled on jeans and a sweatshirt.

The professor threw him out.

As befitted cadets at the ‘West Point of Capitalism’, the rest of us were formally dressed. “Class is a business app­oint­ment and it requires professional clothing,” the professor told my abashed suite-mate as he left. Quite evidently, the professor was making a point about business decorum.

The class taught him a lesson instead. The following morning, my suite-mate was dressed in a suit. The majority of the 80 students in the class—myself inc­luded—were in jeans and sweatshirts. Yet, there had been no conversation bet­ween us about the clothing rebellion. It was a spontaneous decision. The point we were making to the stunned professor: we are paying tuition to learn about marketing; we are well aware of the det­ails of appropriate business attire.

Just a few weeks after school began, we had formed our most important network—our section. With a class size of 800 students and a curriculum based on case discussions, we couldn’t be taught in one unit. Harvard Business School (HBS) broke us up into 10 sections. The 80 students in each section became the closest thing to family we had that first year. Like in all families, interactions could often get fractious. But by and large we were close.

First the suite, then the section and finally the college itself—the networks got formed at various levels.

Sections were only the largest of several networks students had. At the first level were the two or three students who shared two-room suites. Many became life-long friends. Next came the study groups—small groups of students who discussed case studies together and often prepared a line of argument for class discussion. With 50 per cent of one’s grades based on class participation, students needed both to be thoroughly prepared and to have a group of allies for support. In one case analysis—of a brassiere company—our two female section-mates chose to present the case using every possible double entendre to prevent the men from making comments. It was a brilliant strategy that clearly won the argument for us.

Things were not all roses for the women at business school. With just 25 women out of 800 students, they were very much in the minority. Contrary to recent articles, however, HBS wasn’t misogynistic. “I never felt attacked in class,” says Diane Richards. “But I did think it was patronising for the faculty to always ask the two of us in the section for the women’s point of view.”

There were also those whom we knew because of common interests or backgrounds. “Apart from our section, my contacts were among the small number of Canadians in our class,” says Gordon Campbell. He recalls there were 25 or so Canadians in the class.

But the first-year sections were, by far, the most intense relationships most of us had. Class discussions could be intensely competitive, sometimes even cut-throat. The section faculty would encourage the competition, believing it toughened us up for the real world competition to come. Those deb­ates were at the heart of Harvard’s case method of education: use real companies with real problems to teach students how to manage. If you present a case analysis and suggest solu­tions to the problem identified, I make points if I tear the analysis apart and offer an alternative one. Our respective study groups and the rest of the section would then join in the discussion.

Most sections at HBS would function that way. But every few years, one section would break the mould and change the internal culture. The members of the section would unilaterally decide that classroom battles were not the effective way to learn. Ours was such a section. We would debate alternative analyses and solutions, to be sure, but with civility, not by attacking each other for advancement.

It bothered the section faculty so much that they summoned us to a meeting. Paraphrasing, the head of the faculty told us we just couldn’t succeed by slowing down the class to be sure that everyone had understood the iss­ues. We had to let the laggards fall behind, we were told, and let the leaders move forward. Unless that happened, the section would not perform as well as the others. To the faculty’s surprise, most of the leaders disagreed. They said they didn’t intend to leave anyone behind, and if that affected their grades, so be it. The irony was, there were more members of our section honoured than other sections. It proved that civility and support work as well as, or even better than, attack.

Yale grads often had an advantage getting jobs at Wall Street as so many Yale alumni were already there.

That is not to say that networks are unimportant. HBS is not the only place where people develop a network of friends and those with similar interests. Every graduate school and most undergraduate programmes have networks of various kinds. Yale graduates often had an advantage in getting jobs on Wall Street because so many Yale alumni were there already and felt a kinship with fellow alumni. Later, that extended to graduate schools. “Oh sure, it happens all the time,” says Gautam Bose, who went to Yale’s School of Management in the 1980s. “As they say, it’s not what you know; it’s whom you know. If one person has an ‘in’, it makes a huge difference.” Bose’s meaning: students at top schools can learn what they need to very quickly. What they need is an opportunity.

A prime example is Rajat Gupta. Having worked hard and done very well at HBS, he was, nevertheless, rejected by McKinsey for a job. Luckily, one of his professors, Walter Salmon, held Gupta in high regard and interceded for him with McKinsey. Gupta was hired, des­pite not having sufficient work experience or an immigration ‘green’ card. 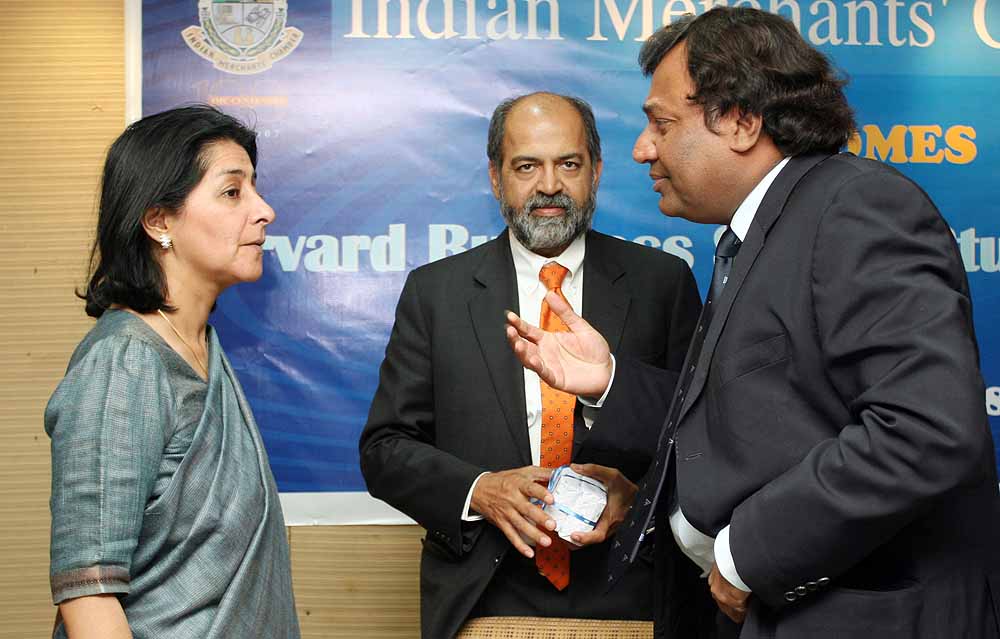 Sometimes, a contact can be the result of a fluke. A chiropractor, Dr Richard Finewood, had recently moved to our town. One evening, he locked himself out of his apartment. He knocked on a neighbour’s door and asked to use a telephone to call his wife. His neighbour happened to be the patient of another chiropractor who, it turned out, had been a classmate of Dr Fine­wood at the New York Chiropractic College. They had been casual acq­uain­tances there, but meeting again led to a social friendship and shared interests. Dr Finewood was able to help the other doctor with billing and administrative services, tightening the relationship further. Now, 15 years later, they plan to open a joint office.

The best networks are two-way streets. If you have helped someone once, they help you right back.

The key to successful networking goes well beyond making friends of classmates, although, of course, that helps a great deal. The key is being willing to help others first. In 40 years since becoming a journalist, I have always been willing to give advice and assistance—not just to other HBS alumni but also to members of my other networks, such as Indians, alumni of Yale and Doon School and others. I have found that even if it doesn’t pay off, it often results at least in an interview. People appreciate the effort and remember it.

The willingness to try and help can pay off in turn. I have received a number of contacts through people I was willing to help. In one instance, I had told one of my former writers that I was frustrated in the job I then had. A couple of weeks later I got a call from another former writer whom I had protected from losing her job some years before. She had been betrayed by someone she thought was a mentor and was scooped on a story. Now, she told me she had heard I might be interested in another job and had arranged a meeting that was successful. The best networks, in short, are two-way streets.

At Forbes magazine, I noticed a particularly effective technique in building up a successful network. Forbes’s fact-checkers and young reporters were promoted by writing stories on their own time—not an easy task. One public relations executive made the effort to get to know them in those early years and learn about their interests. Then he found them stories to do and arranged interviews for them. Not all the stories were about his clients. The grateful young reporters frequently became his friends and, as they moved up the career ladder or changed jobs, were always available to take his calls. For a PR person that is gold.

While Doon, Yale and other schools have strong, effective networks, the alumni network of the HBS is the most powerful. Alumni are accessible through unique e-mail addresses and pages of information on their backgrounds and experience. The ability to contact classmates and other alumni is a strength that others don’t match.

The business school connection can be used in ways not always anticipated. Several years ago, I was having difficulty in getting an interview with Macy’s chairman and CEO Edward Finkelstein for a story. Finally, I was grudgingly granted 15 minutes. Any journalist knows that a 15-minute interview for a feature article is worthless. But in rese­arching the story, I saw that Finkelstein was a Harvard MBA. Then I took a risk: I spent the 15 minutes asking him about his experience of HBS. Gradually, I shifted the subject to his turnaround of Macy’s. Suddenly he looked at his watch. “You’ve been here an hour-and-a-half,” he said. “I gave you 15 minutes. What the hell are you still doing here?” But it was said with good humour. I got my story and he didn’t refuse my calls thereafter. All because of a business school connection.

(Subrata N. Chakravarty, Harvard Business School Class of 1971, also studied in Welham and Doon Schools. He was among the two people in his batch who joined journalism. He was assistant managing editor of Forbes.)

Not Only About Saints