Sri Lanka moves to minimise the impact of Sethusamudram 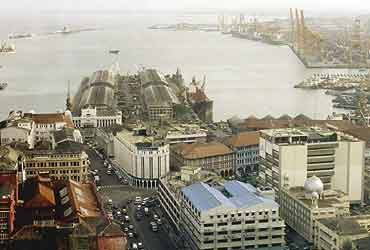 outlookindia.com
-0001-11-30T00:00:00+0553
The alarm bells over the Sethusamudram Project have started ringing in Colombo. Following reports that the project would have serious economic and environmental repercussions on the island nation, the Sri Lanka government has appointed an inter-ministerial panel to look into the implications of the proposed project. It’s feared that once the project is completed, ships will be able to bypass the Galle harbour and the proposed Hambantota harbour in the south—causing heavy financial losses to Sri Lanka.

According to cabinet spokesman and ports minister Mangala Samaraweera, the project carries negative ecological and economic implications for the island. "The cabinet has decided to appoint an inter-ministerial committee to assess the impact and make recommendations on the issue, including interaction with the relevant Indian agencies," Samaraweera says.

The proposed project will have a huge impact on the Hambantota harbour that’ll open on November 19. "There will be adverse effects on the international traffic now using Colombo port and also the envisaged ports at Galle and Hambantota," Samaraweera observed.

Environmentalists say the extensive dredging involved in the channel would influence sea erosion and affect the maritime ecosystem of the northwestern seas off Sri Lanka. Marine biologists believe that the increased water flow due to the deepening of the seabed would lead to far-reaching ecological changes due to shifting of large amounts of water from either side of Adam’s Bridge.

According to the director of the Lanka Hydraulic Institute, Malith Mendis, the dredging is expected to remove 85 million cubic metres of sand. Mendis advocates that before the project gets under way, both countries should conduct extensive studies on the effects on marine life, marine ecosystem, water quality, coastal morphology and sediment spillage.

India's Suez: Is It Ecocide?