Harappa On My Plate

When the Anthropocene winter does come, what will it do to our food? 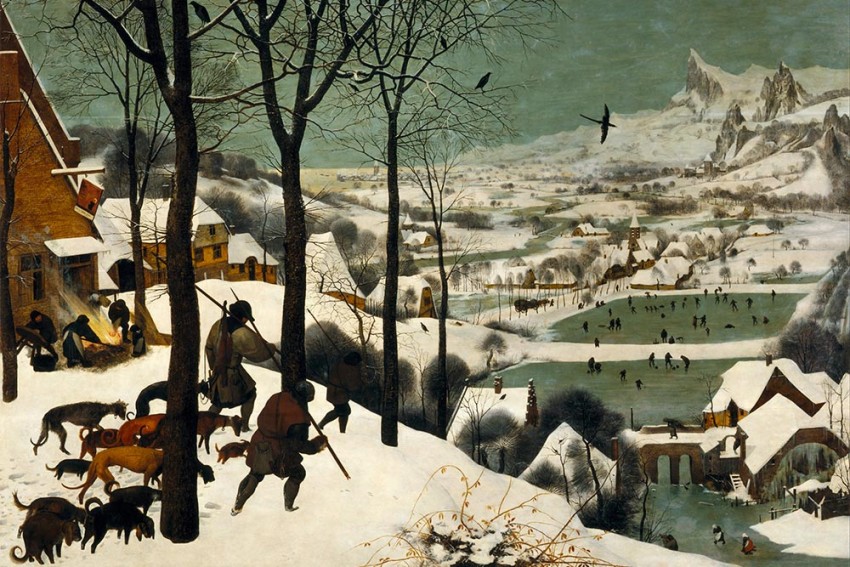 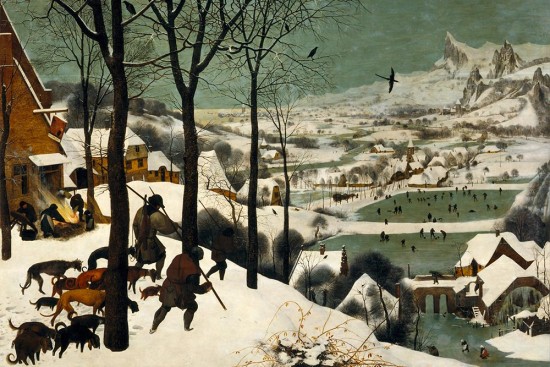 The good thing about the future, you must agree, is that it’s in the future. And if you spool the tape fast enough, and long enough, it’s also very fuzzy—new science notwithstanding. Likewise, the good thing about the past, mostly, is that it’s in the past. And if you spool the tape long enough, in the opposite ­direction this time, it’s just as woolly. A happy felicity, ­really, for all manner of people…historians and politicians, scientists and quacks, religious fanatics, and feckless fabulists like the writer of this essay, who fears that the 21st century is an inflection point. One that may or may not break humankind’s free fall into a future that looks suspiciously like its past—a 4,200-year-old past fed by the ­waters, and myths and (perceived) realities, of the Indus and the Sarasvasti (or Ghaggar).

In other words, could it be possible that the 21st century is the modern equivalent of the mature Harappan phase—to be precise, when it began to go on the wane? That it’s poi­sed—in the face of human interference and climate change—at the very edge of civilisation as we know it? And that hunger—not faith, or the thirst for oil or territory—will turbocharge this drive towards a future we might actually live to see?

Soon­, long ­before we can safely turn in our graves, we won’t be able to either afford ­certain foods or find them anywhere on land or sea.

Now, before you dismiss any of this as a card-carrying pessimist’s Mohenjodaro-shaped dystopia, built on a staggering mound of obscure facts intended to feed the insecurities of others who are also waiting for the world to crash about their ears—preferably, by tomorrow—consider both the cause and effect of the gradual breakdown of the Harappan civilisation. And the mode it chose to die...and live again. Consider the possibility that, inconceivable and counterintuitive as it might seem today, de-urbanisation—not ­hyper-urbanisation—might actually cure a large percentage of our modern maladies; aided to some degree by responsible science, or so one hopes.

Something went wrong around 2200 BC in the highly ­sophisticated urban Harappan settlements. Whatever it was, historians and archaeologists now agree that it wasn’t a sudden or single ‘poof’, and certainly not some poppycock involving garden-variety Aryans. It was in fact a slow decline, or de-urbanisation, with a distinct eastward and southward drift, at a different pace for different cities. A painful parting from their modest Taj Mahals of warehouses and granaries, citadels and traffic snarls (with horns of a different make). It was a perfect urban to rural U-turn that eventually led to double cropping (rabi and kharif crops) and drought-resistant varieties of millets, for instance—a slow migration necessitated by empty, if beautiful, slip pottery plates.

What brought on this post-urban phase? No one’s quite sure yet (much too much spooling, remember?). But it was perhaps a combination of factors—of tectonic shifts, failing monsoons, drying rivers in some cases, floods in others, and the rampant plundering of natural resources by our otherwise wise ancestral sophisticates. In Upinder Singh’s A History of Ancient and Medieval India, she considers all of the above, of course, including the suggestion of river capture—where “either the Yamuna joined up with the Ganga system or (what is more likely) Sutlej was captured by the Indus, drastically reducing the water flowing into the Ghaggar”. A theory supported by archaeologists at digs in Rakhigarhi, probably the largest urban site in theHarappan civilisation, since they found ample evidence of early and mature settlements here, but none after 2000 BCE—by which time Ghaggar had all but disappeared.

Yet many in the archaeological and academic circles, including Singh, also lean toward the idea that the humans of Harappa were just as culpable as the humans of today. Overgrazing and excessive cultivation, lopping off of trees for agriculture and fuel, could have well triggered and eventually hastened the process of dispersion in their case. While an overall, planet-wide shift in climatic conditions at the time may have disrupted lives at other settlements in Egypt and Mesopotamia too—and wiped off Jiroft in Iran entirely—in the end, it was the environmental hara-kiri that finally did the Harappans in. In the absence of mea culpas, one can only hope that archaeologists at the Deccan College Post-Graduate and Research Institute in Pune and forensic experts at the Seoul National University, who are mapping the DNA of ‘Mature Harappans’ from skeletal remains at Rakhigarhi, will discover among other things—such as height, weight, colour of the iris, and dietary preferences—at least one prominent gene of civilisational stupidity.

Hillwalking back to the strange and careless place that is the 21st century, it is hard not to see the parallels. Not unless you think climate change is a hoax and world peace imminent. Because really, until we manage to grow fish on trees or discover at least one more continent the size of Europe to grow our food on—and food only, not cattle feed or biofuel—we’ll be competing with nine-billion-minus-one-person for our daily bread and nutrition by 2050. With reducing yields from overworked land, pressure from the mono-cropping lobbies, and a growing—and ironically, more prosperous—population demanding their pound of animal protein and milk, looking over our shoulders is as natural as it is necessary today. Even if the boogeyman is something of a neo-Malthusian.

Sure, by buying window seats to Mars, or 3D-printing our dinner without once turning it to cinder, we may have earned our future stripes as a ‘mature’ civilisation already. And if the Great Flood were to bury us this afternoon, we’d go to our silty graves knowing full well that if nothing else, our digger-upper descendants will be confounded one day by the bathroom fittings at many hotels and by the constituents of Red Bull (caffeine + sucrose + 2-aminoethanesulfonic acid = contents of a colostomy bag?). But when we are not attempting to ‘save’ Syria on Facebook or recreating the beginning of time in the Large Hadron Collider, perhaps, we could ponder whether it’s time to take a few steps back before we take a few steps forward? To make our own rural U-turn before macroclimatic forces and food wars compel us to do so anyway.

In his new book, The Ocean of Churn, environment writer Sanjeev Sanyal ­eschews the common wisdom that farming was a natural progression from hunting and gathering. Using the example of the Nile floodplains—an 800 km ‘oasis’ from Sudan to Cairo, which saw an influx of hunter-gatherers from the rest of the continent, forced by falling temperatures and increasing aridity in the last major Ice Age—Sanyal suggests that farming, or the “active management of semi-wild ecosystems”, was a reaction to natural calamity rather than an evolutionary milestone. Planted in the middle of a desert, the settlers in the Nile ‘oasis’ led a more sedentary life, and produced more children, even as fresh waves of settlers poured in from all directions. This pushed up the demand for food, and they started harvesting say, catfish and tubers of wild nutgrass. Life was idyllic. Like a country song set to a 30,000-year-old tune. Except, as soon as the temperatures rose again, and rainfall increased, rejuvenating the Saharan savannahs thereby, “the world’s first ‘farmers’ drifted back to being hunter-gatherers”. Why? It’s anyone’s guess. But while Sanyal acknowledges that the melting ice would have meant more body and momentum for the Nile, “washing away the carefully tended ecosystem of the ‘oasis’ phase” perhaps, it’s not unlikely that the settlers preferred the hunting-gathering lifestyle—with access to more varieties of food, lower dependence on rain, and lower vulnerability to diseases in the ­absence of higher concentration of humans and cattle in large settlements. But we digress….

Surely, foraging, and hunting and gathering are no longer viable in the 21st century—not unless you do it in a mall. But instances such as these may give us pause for thought. What if we returned to smaller farming units, for instance, or opted again for traditional, organic polycropping methods to let the earth replenish itself, leeched as it is by chemicals and overfarming? What if we relied more and more on local, drought-resistant seeds with lower yields like the later Harappans, instead of genetically engineered high-yield seeds that can be harmful in the long run? What if we sought and found the happy ground between responsible science and small farms, and yet produced enough to feed the billions? How long will wealth buy water, and by extension, food, when the taps run dry in a city like Gurgaon, for instance? Is shifting from village to city, and city to city, a sustainable cycle? By 2100, some predict that over 80 per cent of the world will live in the cities. What if we arrest migration to the cities, and reverse it to some degree like the Harappans? Will it require more than just a shift in perspective?

Now, we know that old habits die hard, but old food habits die harder, apparently. There’s even a phrase for it—food neophobia. Yet there will come a time—long before we can safely turn in our graves, tut-tutting—when we won’t be able to either afford certain foods or find them anywhere on land or sea. If you’re already reaching for that bar of chocolate, wait for this, or more accurately, Herve This (a French chemist, now at the frontline of food inventions). This (yes, This) points out that most of our produce—vegetables to meat—primarily consists of water, and that makes them prone to spoiling. Dehydrating them and breaking them down into liquid compounds and powders can hence simplify and change how we eat forever. This, that. So when you can’t find a steak, for instance, you could use a compound or a combination of them (not unlike spices) to make your locally grown carrot taste like Wagyu beef (to produce a kilo of which can take over 15,000 litres of water!). Far-fetched as it might seem today, This’s Note-by-Note cooking is betting on a future we’d rather not see. A future where our dinner plate may have no fish, no meat, no dairy, no eggs, no bread, not enough rice, fruits, vegetables. It could be piled high instead with grasshoppers and locusts, spiders and wasps, artificial meat and kelp, with extra lashings of guilt.

Caste And Faith In The Dalit Mirror