Business houses are planning their successors well in advance 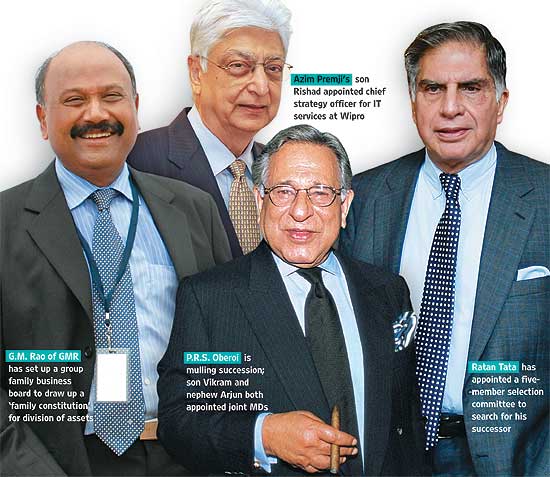 Who Inherits The Business?

Entertaining though it was, fact is, the split between Mukesh and Anil after Dhirubhai Ambani’s death has highlighted how business houses should not go about planning their successors. Given the acrimony that followed the split, most family- and professionally-run businesses are waking up to the necessity of turning their attention to the continuity of the business. Let’s face it, there’s a lot more at stake today than, say, two decades ago. Indian conglomerates have grown ten-fold.

That’s why many family-run businesses are now trying to disprove the adage that such businesses don’t last beyond three generations. Of course, in most cases, the separation of ownership and control is still to take place—but that, as they say, is another story. “Succession planning is becoming more visible, transparent and process-driven and these are signs of a maturing marketplace. Companies and promoters look at transferring the preservation of wealth, control of the company and management of the business to capable hands. Thus far, these factors were combined, but now that separation is happening,” says Anjali Bansal at Spencer Stuart.

So, although India Inc has started taking steps in the right direction, these are still baby steps. A recent Bain & Co survey of 44 leading Indian companies showed that 75 per cent of those companies did not discuss CEO succession plans. However, there are many examples of companies taking proactive steps to step up family constitutions, look at a division of assets and inculcate professionally qualified (as well as ‘natural’) successors into the fold.

“Succession planning is becoming more visible and process-driven. These are signs of a maturing market.”
Anjali Bansal, Spencer Stuart

The biggest buzz has been reserved for the Tata group, which has appointed a five-member committee to look for a suitable successor for Ratan Tata. The committee plans to vet internal, external and candidates from global companies. Then, at the Godrej group, a family business board has been set up with a mix of family as well as independent directors. Similarly, business families like the Goenkas have chosen to define which family member will own the companies. Based on the basic rule of the thumb—who is currently managing which business—a realignment of holdings has been worked out. Several other groups like Bajaj, GMR and  Leela Ventures have announced structures and measures to effect a clean break from the past.

As Sonal Agrawal of Accord India points out, “There is the growing realisation that family-run businesses need to look at a fair (which doesn’t always mean equal) distribution of assets amongst the members. Families are waking up to the fact that it is perhaps better to sort out the balancing of these divisions during the lifetime of the founder or ‘controlling karta’. There’s also too much at stake now in terms of the value, size and scale of the businesses.” Agrawal’s point is simple: it is no longer just about preserving wealth but also about unlocking value. Businesses and legacies have to be grown and be continuous.

Adi Godrej (pictured here with eldest daughter Tanya Dubash) has set up a family business board with independent directors to look into succession planning (Photograph by Fotocorp, From Outlook, September 27, 2010)

However, there is a counter argument to this division of assets. Experts like former HDFC Standard Life head Deepak Satwalekar (currently part of the Infosys nomination committee) argue that if the purpose of division of assets is to avoid family conflict, the question arises whether it is in the best interest of the group. “Is a division the best way to go regardless of a succession issue? Are we saying the group has become too unwieldy or complicated to be managed by one person? In that case, regardless of succession, the division should take place.” Bain & Co’s Ashish Singh agrees, “It’s a challenge to understand what stage the business is in, to ensure it’s not left to stand alone prematurely and that it continues to deliver value for its stakeholders going forward.”
Succession planning is not an easy task. But because it is a difficult discussion to have, it is also essential given that in some instances the change can be disruptive and discontinuous. The process of establishing the groundwork for succession is long and complicated because of the way businesses are entangled with each other. Experts like Richa Karpe at Altamount Capital point out that the process, especially in the case of family-owned-and-run businesses, requires that all members of the family come on board with the process. “It needs to involve all parties, including the wives, children, cousins and elders because unless everyone is in agreement, this process is going to fail. And ideally, this should happen over a period of two-three years through involved discussion and debate and happen when things are good for the group.” 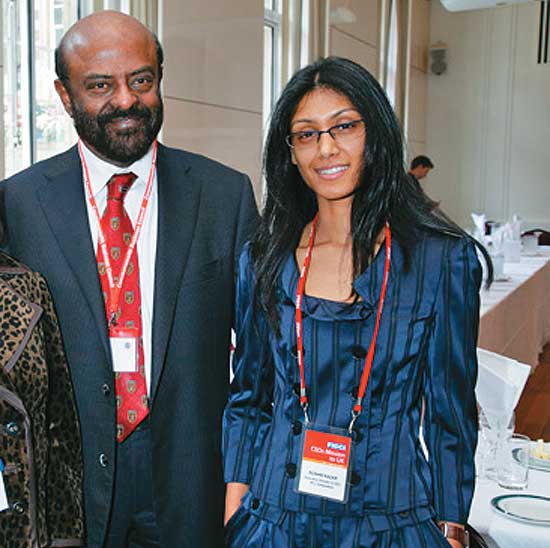 Periods of adjustments become critical aspects of the change process and apart from ensuring the qualifications and capabilities of the successor, it also becomes critical to examine whether or not that person is the right ‘fit’.

“It’s a challenge to understand what stage the business is in and that it’s not left to stand alone prematurely.”
Ashish Singh, Bain & Co

There’s also the whole debate of whether groups should consider internal or external choices. In most instances, the choices are restricted to the network of CEO, board members or promoters. Someone who has worked with the company is aware of its culture and ethos and thus is generally the preferred choice. In the same vein, younger generation natural birth successors are found to be favoured options because they have vested interests in the legacy of the business. In instances where natural birth successors assume roles within the company, India Inc is witnessing a change. At a recently held round table by Spencer Stuart on succession planning, Hemendra Kothari, DSP BlackRock Investment Managers, cautioned, “We need to be sure we are focusing on the right issues—are we grooming shareholders who have the controlling interest or are we looking for the right successor, who knows the business and is the best person to be appointed?”

The younger generation is no longer entering the realm at the top. The process of inculcating new blood has undergone a change. The younger generation is much more aware of the fact that they have to earn their place in the scheme of things rather than assume their place because of their surname. They are more qualified, encouraged to work at other places, willing to come in at a lower rung and be part of a formal mentoring process. Their growth path is nuanced, which helps resolve any resentment issues with the professional managers in the company. Accord India’s Agrawal agrees, “The idea is to look at defining the successor fairly early on so there’s time for on-the-job experience. Now most of the younger generation that’s entering business have a professional background, some work experience and global exposure. This lends a sense of credibility to the process.”

It’s too premature to say that succession planning is coming of age in India. But the change that is taking place is good. Of course, it remains to be seen if all this reduces our usual quota of business family disputes.

Theories To Live By