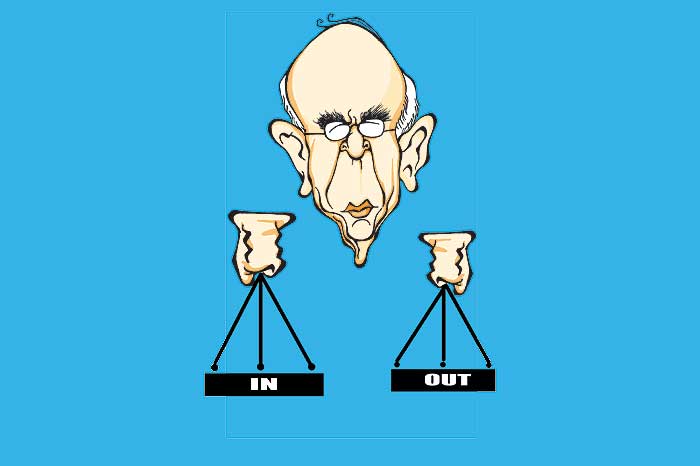 At the very outset, let me say I have personally nothing against Karnataka chief minister Dr Bookanakere Siddalingappa Yediyurappa (for the ignorant, the honorary doctorate was conferred in 2008 by Saginaw Valley State University, Michigan, for his contributions in public life!). Yeddy is a nice man to have kesari baath and filter coffee with at breakfast but one must also admire his ability to run a corrupt government efficiently. As a law mantri of some experience (I started in the ’80s), I’ve seen and dealt with a lot of corruption first hand. However, Yeddy’s blatant style has left me confounded as well as bedazzled. The man, I tell you, is remarkable. As my good friend Ottavio Quattrocchi recently observed, “Robbery and violence are normally called ‘injustice’, but when they are practised wholesale by rulers, they are justice.” (Of course, one must point out here that this wise observation was originally made by Plato. But then, in this age of plagiarism does it matter if one stakes claim to something said by someone from 400 BC?) Incidentally, I did a big favour for Ottavio when I de-froze his and wife Maria’s accounts in a London bank in 2005. The wretched CBI chaps had blocked the accounts which had 3 million euros and $1 million respectively. Well, Ottavio is still so grateful that he sends me cards at Christmas and occasionally orders me a pizza from the Domino’s outlet near Raj Bhavan.

Coming back to Yeddy and his men (and women), they have indeed set a new benchmark in land grab, mining deals and what have you. Tell me, can any Congress CM ‘rise’ (or should I say fall) to such depths? Also, one must not forget Yeddy’s horse-trading finesse. In fact, I am given to understand that his fame has spread so far and wide that the Pushkar camel fair people have invited him to join the organising committee as consultant governor. Of course, Dr Yeddy (aka Teddy in select BJP circles) has spurned all offers as of now even though he was offered sweat equity (also referred to in SMSese as ‘hasina ka pasina’) in the Kochi IPL team. However, my IB source who pretends to be the CM’s immobile phone (No. 22252572) with an extra-sensitive ‘hear piece’ says he may take up the governorship as a last resort since the BJP cannot appoint him to a gubernatorial post since it’s not in power.

Finally, what is all this talk of my being a Congress chamcha? Well I am not ashamed to admit I was born with a silver spoon (shaped like the Congress symbol) in my mouth. Also, I do everything at the bidding of 10 (not Downing Street). To put it in a nutshell, I’m a sycophant and loyalist—the perfect Congressman who can do U-turns at the drop of a hat and for whom party interest is never vested interest. As for Yeddy and the trust vote, let me simply repeat the crucial words speaker K.G. Bopaiah said in the assembly, “The motion has been passed by vice (voice!) vote.”