In Outlook this week, executive editor Satish Padmanabhan writes a diary on his visit to Hampi and the 'Holy side and Hippie side' of it. 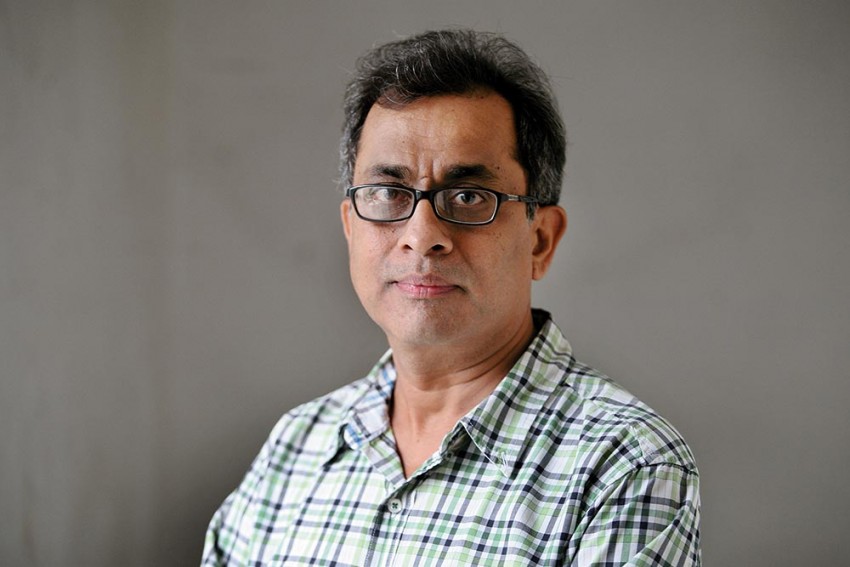 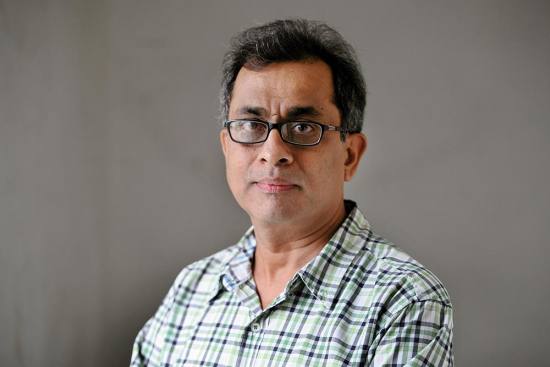 At first glance, Hampi doesn’t feel real at all. It seems like a gigantic film set, a mise-en-scène where the art director has arranged those rocks delicately one above the other, drawn the coconut palms in the background, the lush green paddy fields in the front, made a snaking road through the landscape, propped up a few shops by its side, scattered some people and vehicles there, painted a river afar and a sunset beyond. As you settle in, the stunning rock formations rising abruptly from the flat fields become more tangible. And within this scenario the aesthetics of the Vijayanagara Empire architecture shines through.  The Vittala temple, the Hemakuta monuments, the Hazara Rama ruins all just mesh into the surroundings, so well camouflaged that they are as tough to spot as a brown owl in an oak tree. Well, so many eloquent words have been lavished on them that any more by me would just slide off like raindrops on those smooth rock faces. But after walking through the splendour of this ancient city, where thought and detailing in every inch is so refined, I can’t help wondering what will remain of our now gleaming Gurgaons, Koramangalas and Cyberabads after 400 years.

My Ishtadevata Is Very Chill

There are actually two Hampis. The Holy side and the Hippie side. On the map, the Tungabhadra river cuts through them, but culturally the divide is deeper. The Holy side has truckloads of Kannadigas and Andhraites, and other natives, in white veshtis and vibrant sarees, with all kinds of caste markings on their torsos, gods on their mind, lining up in front of the Virupaksha temple, situated in the middle of a messy bazaar. The Hippie side has Spaniards and Israelis on Royal Enfields, the pillion often cupping a chillum in his or her hands, in shorts and tees, with matted hair and tattoos on all exposed skin, zipping through the lush paddy fields, also with gods on their mind. The Holy side is idli-dosa, pure vegetarian, no booze. The Hippie side is Nutella crepes, wood oven pepperoni pizza, and Kingfisher Strong. That side is Om Namah Shivaya Mahamrityunjaya Mantra, this side is Om Mani Padme Hum. 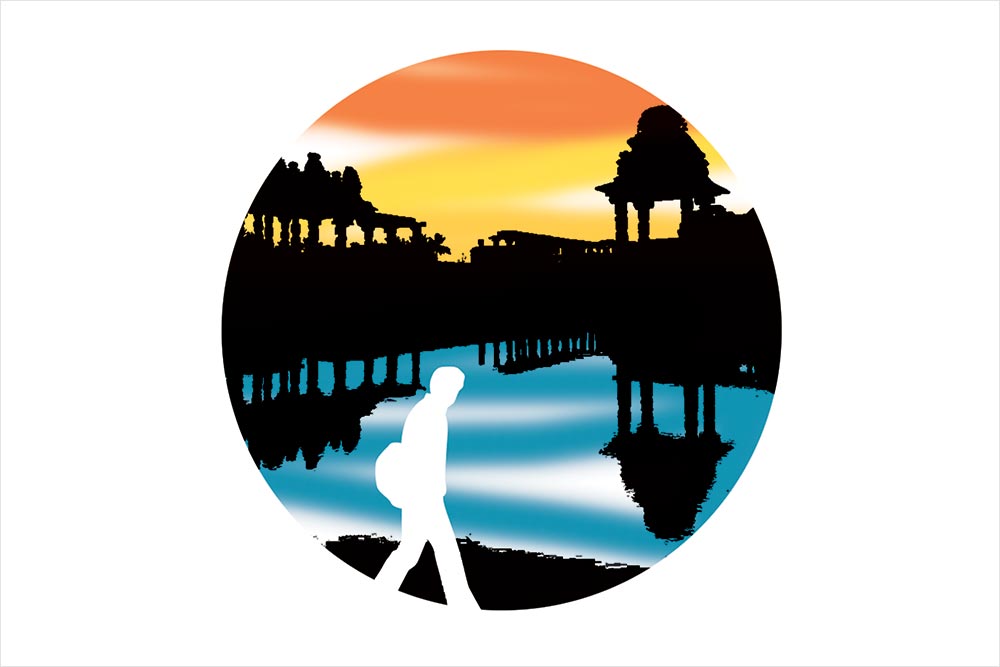 We have come to a guest house this side, crossing a gently flowing branch of the Tungabhadra with ankle-deep water. Ours is a riverside cottage though it’s not bang on the banks of  the Tungabhadra, but beyond the paddy fields and coconut groves. When we wake up the next morning, it takes our breath away—the river is gushing by, with its constant roar almost by our cottage’s doorstep, only a sliver of a paddy field in between. The town is abuzz with talk of ‘cusecs’. “They have released 50,000 cusecs today,” says the owner of the guest house, looking worried, tapping on his app. “Will it go down later?” ask a young couple, who had seemed aloof in the dining area yesterday, now with a camaraderie that the stranded share. They have a connecting international flight the next day. Nobody knows the answer.

FB, Twitter, WhatsApp, Paytm, Uber have all been pushed to the back screen of the phone. The go-to app here is tbboard.com, the Tungabhadra canal office which sends out bulletins on how much water it will release that day. On the morning of our departure, I tap on it, it says 1.48 lakh cusecs. “Won’t it submerge our cottage?” “No, that much water only raises the river level by about a foot,” says the guest house owner. And how do we go across? “Putti,” he says. That is, a coracle, basically a big floating basket, looking puny and flimsy, tied to a coconut tree on the banks of the mighty Tungabhadra. Water has leaked into the putti, wetting our clothes, our bags are placed in the middle and we sit on our haunches as one of the two rowers slides it onto the river. Our stomachs churn as the putti rotates wildly when it hits the strong current. We say a silent prayer to the recently visited Vittala, Virupaksha and Achyutaraya temples. The two men go at it vigorously with their oars, to guide it away from the rapids. Suddenly, there is panic. “Republic TV, Republic TV,” one of them screams. They try to steer the putti to one of the thickets in the middle of the raging river, and hide it there. So, there we are, right in the middle of the raging Tungabhadra, in this little palm-frond basket bobbing violently, with water gushing past us on all sides in great twirls.

Apparently, it is illegal to run the putti when the water is above 50,000 cusecs, and a local news channel, fondly referred to as Republic TV, is filming this operation from the other bank. After about five minutes of this ‘hiding’, and giving in to our frightened pleas, the two men float it back on to the river. As it touches the other bank, they jump out of it and bolt in different directions, away from the cameras. We lift our bags and spring out of the putti before the river swallows it.

(The writer is executive editor, Outlook)