The judiciary scores over the army. Will it benefit democracy? Updates 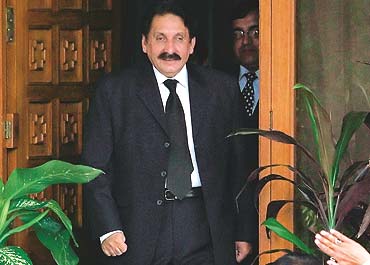 For the moment, though, the landmark judgement has provided a breather to President Musharraf in what is expected to become a prolonged joust between him and the judiciary. For one, chief justice Chaudhry can no longer crisscross the country, addressing various bar associations and galvanising the people to come out in support of the opposition's movement for democracy. Deprived of the chief justice's participation in rallies, and lacking credible mass leaders among its ranks, the opposition could find the popular enthusiasm for its movement ebbing overnight. This prognostication is quite popular in the establishment, which hopes the spurt in Islamic radicalism post Lal Masjid would rally the moderates behind Musharraf.

Analysts, however, argue that an emboldened Supreme Court, enjoying the unprecedented support of people, is more likely to tilt against Musharraf's plan to subvert the Constitution and prolong his tenure as president in uniform for another five years. Such judicial activism, they say, could in itself provide a fillip to the movement for restoration of democracy. Two days before the July 20 judgement, Musharraf told journalists that he would like to continue as president for ensuring a unified command to fight the forces of extremism. "And in order to do that, I will remain the way I am," he said, pointing to his uniform.