In transport and housing, the big urban movers, the public-private debate still holds us back. 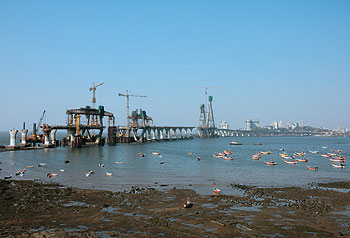 outlookindia.com
-0001-11-30T00:00:00+0553
The honeymoon is over for Mumbai Metro One Ltd, the entity that is to give the city the first phase of its Rs 19,500-crore, 146.5-km metro project. A PPP between Reliance Energy, the Mumbai Metropolitan Regional Development Authority (MMRDA) and an international company, it isn't exactly off the tracks, but there's serious bad weather building. The tussle is over the extent of viability gap funding as well as rate of returns—Reliance wants it to be 26 per cent, the MMRDA has pegged it at 15 per cent. At the February inauguration, as Tina Ambani joined Reliance ADAG executives to break the first stone, MMRDA officials pointedly stayed away. Both sides deny relations have gone sour, but clearly all's not well. The MMRDA, without much ado, has announced simultaneous work on four more sectors without—at this point—partnership with any private entity.

Meanwhile, in the capital, the metro is a successful initiative by an autonomous authority with the Delhi government and the GoI as stakeholders. The Delhi Metro Rail Corp, in fact, now advises other state/autonomous authorities like the Punjab government or Hyderabad administration on like projects. In Bangalore, the metro is a state initiative. In Hyderabad, the metro is an Andhra Pradesh government initiative, guided by the Union ministry of urban development. In Kochi, the debate is still on over the need for a metro; for now, it's being shepherded by the Kerala government. At the other end, it's early days on how the Delhi government-promoted and IDFC-supported High Capacity Bus System (HCBS) will fare on the ground.

'Urban renewal'—whatever its other components—is driven by massive transport projects. But most of India's recent initiatives on this front follow the conventional public entity or government-led model rather than the more contemporary PPP model. Why hasn't the partnership model struck roots in transport—and the other determining urban parameter, housing? Even in this liberalised era, typically a government or government-funded autonomous authority takes charge of a mega project start-to-finish or completely outsources it to private entities for construction and operation. "The Build-Operate-Transfer (BOT) is still a good model rather than the government getting into partnerships," says Anil Deshmukh, Maharashtra public works minister.

This unresolved allocation of stakes finds a curious echo at the consumption end, in how the end-user is defined: as a collective 'public' or as atomised individuals. Across cities, the maximum investment—as high as 60 per cent—is in projects that prioritise private transport. Dr Geetam Tiwari, TRIPP chair Associate Professor for Transport Planning, IIT Delhi, decries even "the fascination for capital-intensive rail-based projects", saying "investments in public transport infrastructure continue to be neglected".

Even so, the main drivers of big-ticket transport projects are either the concerned state authority or purely private conglomerates. In Mumbai, the MMRDA has undertaken macro projects like the proposed four mono-rail routes and east-west link roads while farming out others—like proposed skywalks, single flyovers over traffic junctions, road overbridges—to private entrepreneurs. "It's either us or them. This principle works better than collaboration," says a top MMRDA official. The Rs 4,500 crore, 22-km trans-harbour link between Mumbai and Navi Mumbai was initially intended as a PPP but has been awarded to Reliance Energy ADAG.

Partnerships, where they exist, are in small ventures or micro projects where the stakes aren't high and profit margins modest. Like Delhi's modern radio taxi scheme between the transport department and eligible private vendors. Or Bangalore's elevated road to the Electronics City, being constructed by a Hyderabad-based consortium on a BOT basis. The civic corporation itself executed the 'magic box' underpass—it slashed travel time to the new international airport (at one-tenth cost of a regular underpass).

If transport is seeing a few PPPs (state control is perhaps driven by fear of adverse reactions to high end-user charges), urban housing has hardly any. Traditionally, cities that grew into large urban agglomerations have seen the private sector booming in middle and upper-scale housing while the government is saddled with mass projects meant for lower income groups. The Union ministry of housing estimates the shortage at nearly seven million dwelling units; Assocham figures say India will need about $25 billion in urban housing, to be shared between government and private sector. "About 99 per cent of the shortage lies in the economically weaker sections," says Harjeet Anand, secretary, ministry of housing. PPPs can make a difference, but low margins/incentives mean the private sector has stayed away.

The National Urban Housing and Habitat Policy, 2007, envisages increased PPPs working on the scale of even integrated townships across the country. But how exactly the PPPs will work is anyone's call. State governments are to incentivise private players to make PPPs viable, but city-level experiments have not been inspiring. Mumbai experimented in the '90s with a model that came close to a PPP, but malpractices and corruption—over 100 cases in local courts—has virtually grounded the idea. The Slum Redevelopment Authority of the state had played midwife as slum-dwellers' associations partnered with developers/ builders to raise a vertical colony with basic amenities. Builders could sell the major portion of the reconstructed slum complex at market rates to high-end buyers. Delhi's much-vaunted Bhagidari system has invited civil society and builders to partner the state in redeveloping slums, but the response has been tepid.

The partnerships, where they have made a difference, are between the housing NGOs and private builders—like in Mumbai's Goregaon suburb or the housing colony for beedi workers in Solapur spearheaded by CPI(M) MLA Adam Master. The country's single-largest urban housing endeavour—the redevelopment of Mumbai's and Asia's largest slum Dharavi, across 551 acres with 3.5 crore square feet available for construction—is being bitterly fought over by 19 real estate giants, but only five companies will get to share the contract in the next few months. An unholy nexus between politicians and builders has seen netas and babus openly playing favourites. "Urban housing does not always have to make builders wealthy but governments don't understand that," rues urban planner-architect Chandrashekhar Prabhu, ex-chief of the state housing authority.

Urban Age specialists say transport and housing are closely interconnected in that if cities grow "taller" around transport hubs and business districts, it would reduce commuting time and pressures, besides making housing more affordable. The key issue here is of planning. Other than Chandigarh, hardly any city or urban agglomeration—even the NCR or Mumbai Metropolitan Region—can boast of being "planned". Unplanned growth means future spends on course correction, repair and renewal. The Jawaharlal Nehru National Urban Renewal Mission bears testimony to this.