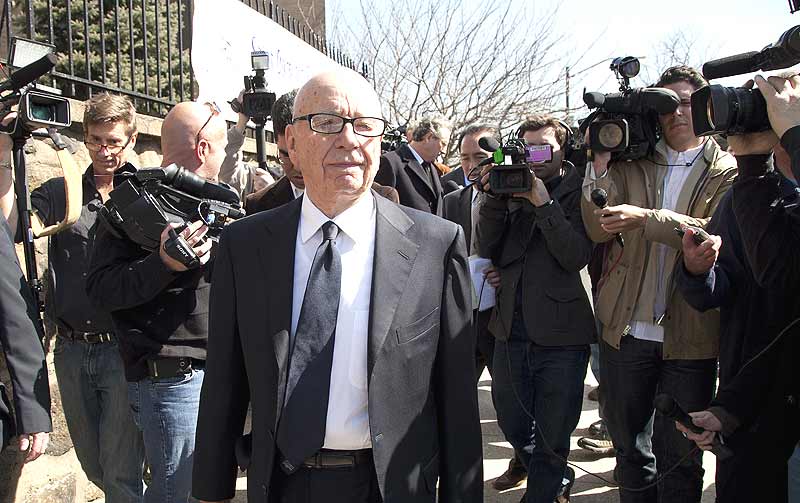 The 19th century Scottish philosopher William Hamilton said, “Britain is not a country that is easily rocked by revolution. In Britain our institutions evolve. We are a Fabian Society writ large.” Perversely, right now his words seem more prescient, and yet more redundant, than ever. And no one has managed to treat revolution and evolution with such disdain as Rupert Murdoch.

In the past year, the rambunctious Australian upstart who infiltrated the gilded nest of Britain’s press barons 40 years ago by throwing some elbows has recently seen his company, News International, under siege. The Guardian’s three-year-old investigation into phone hacking at NI has led Fleet Street a merry danse macabre, culminating this week in criminal charges being laid against Rebekah Brooks and Andy Coulson (and six others), both former editors of the News of the World, and Murdoch himself resigning from the boards of several of his flagship titles, including The Sun, The Sunday Times and The Times. News Corp will now be split into two companies, one covering newspapers and publishing, and the second amalgamating its global entertainment and broadcasting assets.

Is this the endgame for a necessary overhaul of the sceptered isle’s fourth estate? A chance to “drain the poison” from a noxious press culture, as Tony Blair put it when facing the Leveson inquiry into media ethics, which will submit its recommendations this autumn? The fact that Murdoch is godfather to Blair’s youngest child perfectly illustrates the extent of that pollution. There was a smog of dubious virtue, questionable ‘public interest’ and an indifferent populace that paid to read stories of suspicious provenance, but how long had it been there? How long had Britons been breathing this caustic air? And where had it come from?

Here observers are divided. Many, including legendary journalist Carl Bernstein, lay the blame squarely at Murdoch’s pugnacious corporate ethos and newsroom culture, while others say he only succeeded in Britain by fighting dirty and crazy—except that he did it better than the rest of Fleet Street. If his latest move is a prelude to a bitter farewell to arms, whether it will actually change anything in British media culture is open to question. 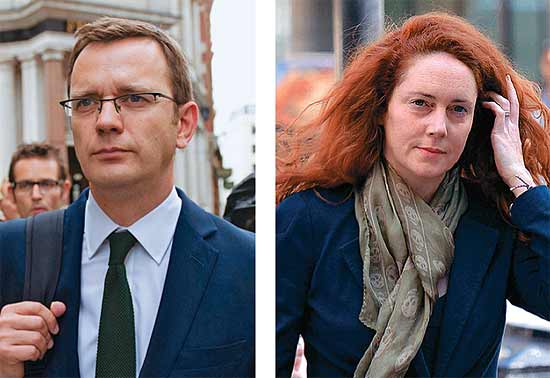 Roy Greenslade, a media commentator and former Daily Mirror editor who also worked at Murdoch titles, says getting his own way at whatever cost was the revolution that Murdoch set in motion, “whether in wiping out rivals through pay wars or lobbying politicians—which became a habit. That led him to villainy in the sense that it created a climate within his company in which winning by any means became a News Corp way of life.”

Claire Enders, CEO of media business consultancy Enders Analysis, says the latest move is part of a staged withdrawal. “While he is stepping back from any frontline exposure it will ultimately not stop him from calling the editor of The Times or The Sun if he wants to—he’s still the chief.” The timing is no coincidence, says Enders, the charges against Brooks and Coulson will see to that—especially as Coulson was later Prime Minister David Cameron’s chief spin doctor. “It is a symbolic and historic act, but the board of the larger organisation—News Corp—is looking to the future.”

“Many politicians, businesses and the public are feeling more chipper as they see that even the mighty have to answer one day.”
Claire Enders, CEO, Enders Analysis

The future is very much a hallowed ideal in the UK. Currently sitting in the worst recession for half a century, ruled by a shaky coalition headed by privileged millionaires who courted the Murdoch press like hormone-addled schoolboys, perhaps the humbling of a powerful, unaccountable figure is a minor victory for the people.

So, would Britain be a better place if Murdoch left? George Brock, head of journalism at City University London, says the next generation or two deserve to be the judge of that. “In 50 years historians will be able to view Murdoch with much more nuance. There will be plenty of negatives, but he has considerably added to television viewing quality by competing with the BBC, with BSkyB. He took a series of high-risk decisions to lengthen the life of daily papers by taking on trade union influence. And he has created thousands of jobs in the process. But it’s impossible to have a balanced view now.”

Greenslade says part of the problem is that Murdoch remains locked in the past, when he was a fearsome operator, a reputation he has traded on ever since, despite some recent shaky decisions. “There’s no doubt that he not only had great media vision such as seeing satellite TV’s value, but also the ruthless determination to forge ahead the great Wapping revolution.” But, as Greenslade concedes, a powerful past can lead to conceit. “The digital era has simply knocked him off his feet.”

As for the titles themselves, would anyone even want to buy them? The Times and its Sunday counterpart still have a certain eminence, while The Sun is still the biggest selling daily tabloid in the UK—but times have changed since the days of price cuts, extras and circulation wars. Obtaining such brands, tainted now by universally damned tabloid tactics, could be hazardous to advertising revenue, let alone whether anyone who necessarily wants to own The Times would want The Sun too.

Brock says no big general daily is attractive in purely financial terms nowadays. “But newspapers have other attractions—prestige, power, influence—so if you can contain the losses, then they are worth owning to some. Technology giants like Google have talked about buying newspapers, Chinese sovereign fund are always looking for something to invest in and then of course there are governments. Qatar has bankrolled The Shard building and a Battersea Park property development recently in London, so why not buy The Times too?”

Enders believes the titles are only attractive as a group. “It is just not saleable,” she says. “Individually they have huge overheads: large staff, printing presses, premises. Any sale would only really work if they were sold as a group. The logical thing to do is separate the assets from each of the papers—these are not sacred cows anymore.”

So what happens now? Whatever Murdoch does elsewhere, that there has been a bodycheck to a runaway press is not in question. But if the most flamboyant of the media moguls abdicates—will there be a period of peace, or will we see fresh warfare as Russian oligarchs, Arab sheikhs and internet titans pick up where he left off?

Enders puts it in context, “So many people have been talking of this omnipotent being who was always 20 steps ahead, but in the past year he has become more like the Wizard of Oz. There is no political vacuum as predicted when his influence falls. In fact, you can see many politicians, businesses and the public feeling more chipper as they have seen that even the mighty have to answer one day.”

Should he leave public life in the UK altogether, it is unlikely Britain will mourn Rupert Murdoch’s exit. But that the abrasive Aussie will leave a gaping hole is not in doubt. As Brock glibly notes: “It will certainly be a less interesting place, won’t it?” 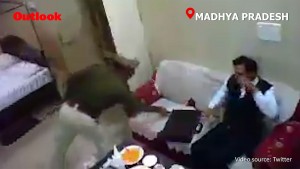 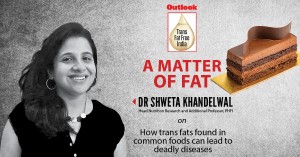