An extraordinarily rich collection of contemporary writing by six journalists and two other writers. 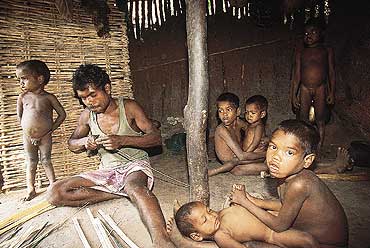 Contemporary Essays:People Unlike Us - The India That Is Invisible
Harper Collins Pages:214; Rs:295
Once in a while, a book comes along where journalists drop their pretensions to objectivity, let down their guard and tell the stories as they are. The latest number of Contemporary Essays is just that: an extraordinarily rich collection of contemporary writing by six journalists and two other writers.

These are sensitive beings who write with passion, truthfulness and humility. As a journalist myself, I believe strongly that this tribe has the capacity and the opportunity to be among the best reflectors and recordists of our times. The problem is that we do not make the time to take a few steps backwards from our daily frenetic existence to survey the melee.

Time and distance make a huge difference to our perceptions of today, of the future and of reality. It makes us more sensitive to the way others think, speak and live, forces us to consider issues that are so important to them and, perhaps, even share that concern.

There are eight essays in this slim and well-produced collection. It is the third in a series which HarperCollins calls "experiments in interpretative journalism". The first was on the Kargil conflict, the second on Pakistan after General Pervez Musharraf's coup.

Anger, grief, pragmatism, fear, despair and humility—as well as a deeper, almost spiritual understanding of the tragedies that torment our land and its unheard people—leaps out from these pages. One wishes that once a week, or even once a fortnight, their editors would give them space to write from the heart, with passion, compassion.

It's difficult to select the best from these: all of them are good, solid, movingly told tales. We are taken back to sati in a UP village, the hanging of a Chamar boy and a Jat girl not far from Delhi; reflections on the northeast, the caste conflict in Bihar, the aftermath of the Orissa cyclone and the tale of a maid in Delhi.

But Randhir Khare's essay on his involvement with the Bhils of Jhabua is one of the most wide-ranging—it deals with how the son of a Bhil shaman flees his village after his father's death in search of "Indianness" and a desperate rejection of his past and everything the old man stood for. In 50 pages, Khare gives us glimpses of the past, of a society in torment, of ancient knowledge lost and the vicious manner in which administrators, historians and colonialists have abused our tribal communities.

But the beauty of Khare's story is not in the actual encounter with the son, Viren Master; it lies in the search for Viren, over several visits and several years. And how, later, after coming face to face with prejudice against tribals for being "uncouth, unhygienic, animal-like, uncivilised, unreliable", he finds "they were more humane, just, uninterfering, unprejudiced and naturing than all their neighbours put together."

Earlier, Khare says that this is not the time to bring the Bhils into the "mainstream" (ugly word!) fold. It's time to record and understand them, to give them back a feeling of "being wanted, a feeling of belonging".

One could say the same about other marginalised people, some of whom figure in this book: the forgotten and devastated villagers of Pazipora and Wasun in Kashmir as recorded by Muzamil Jameel; there are familiar names, Sagarika Ghose and Sankarshan Thakur, Ajit Kumar Jha and Meenal Baghel, Vijay Jung Thapa and Siddhartha Deb, who's putting his first novel together for Picador.

More Contemporary Essays are in order and may the tribe of journalists who take a few steps backward to move a bit forward, to understand issues and face their failings, grow. 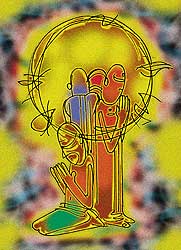 A Prayer For Everyone