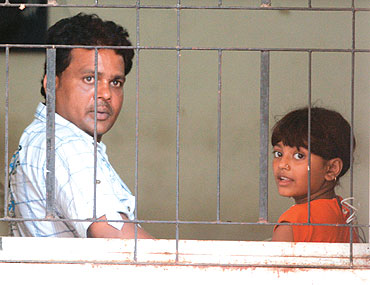 Scene One: Rubina Ali, 9, the child star of Slumdog Millionaire, is treated to food and gifts at a five-star hotel in Mumbai, and comes home blissfully unaware of the sting her hosts have conducted on her father.

Scene Two: As the sting surfaces on every TV channel and newspaper across India, her biological mother and stepmother exchange blows over the revelations, with Rubina watching, aghast.

Scene Three: Rubina is wedged between a burly cop and her dad, in an autorickshaw, and taken to a police station, for questioning. She returns to a queue of cameras lined up for reactions.