Growth Of A Cancer 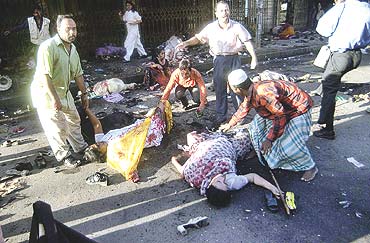 The Harkat-ul-Jehad-al-Islami, or HUJI, made a dramatic appearance on Bangladesh's political firmament fifteen years ago, on April 30, 1992—through a press conference to declare its jehadi agenda. Sitting shoulder to shoulder at Dhaka's Jatiya Press Club, wearing sleeveless olive jackets over their shalwar-kameez, the HUJI men claimed to have participated in the jehad against the Soviet army in Afghanistan. They preened about their exploits there, read out the names of Bangladeshis who had achieved 'martyrdom' in Afghanistan, and declared their intent to establish Islamic rule in Bangladesh. They said their inspiration was Osama bin Laden's International Islamic Front, and later celebrated the defeat of the Soviet army through a rapturous parade in Dhaka. Nobody took them seriously then.

Today, HUJI has been accused of masterminding a string of terrorist attacks in India, most recently the Hyderabad blasts. In Bangladesh, the criminal investigation department is probing HUJI's role in the grenade attack on the political rally of former prime minister Sheikh Hasina Wajed on Aug 21, 2004. HUJI has undergone several metamorphoses—from an outfit of idiosyncratic Afghan war veterans to a shadowy terror group to its activists subsequently joining more infamous militant organisations. On February 19, 1996, security agencies arrested 41 HUJI activists with illegal firearms in Cox's Bazaar. A court sentenced them to life imprisonment but they were granted bail by the high court after Begum Khaleda Zia came to power in Oct 2001.

HUJI's abortive attempt to assassinate eminent poet Shamsur Rahman hit the headlines on January 18, 1998. Two years later, on July 20, 2000, they planted a 75-kg bomb at a public meeting of Sheikh Hasina in Gopalganj district. She escaped this assassination bid as the intelligence agencies discovered the bomb before it could be detonated. In 2003, the US had blacklisted HUJI and in May 2005 the Bush administration termed it a terror outfit. As Bangladesh continued to be racked by terrorism, including the serial explosions in 63 of the country's 64 districts in August 2005, the Zia government finally banned huji in October 2005. 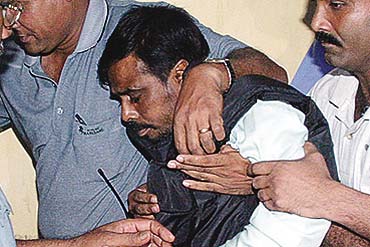 The Zia government's patronage of militants was made public following the arrest of HUJI operations commander Mufti Abdul Hannan on October 1, 2005. Hannan claimed he didn't flee the country following the 2000 assassination attempt on Hasina because he had been assured protection by the home minister in the Zia government, Altaf Hossain Choudhury. Hannan further disclosed that he had "slipped" into India to study at the famous Deoband seminary in Uttar Pradesh for five years, before he trained in Peshawar, Pakistan, to fight in Afghanistan.

The ban on HUJI prompted its top leaders to go underground or disappear from Bangladesh, with some even taking refuge in West Asia. Police also say that many HUJI activists have either joined existing Islamic organisations or floated new outfits that haven't been proscribed yet. In October 2006, a year after the ban, several HUJI leaders gathered at the Baitul Mukarram mosque in Dhaka, under the banner of Sachetan Islami Janata (Conscious Islamic People). This meeting reportedly had the approval of the government. Kazi Azizul Haque, who had organised the HUJI rally, told The Daily Star, "We have been trying for a long time to convince the government that nobody of HUJI, other than Mufti Hannan and Abdur Rouf, is involved in any terrorist activity. " Other leaders told the newspaper that Hannan and his extremist followers were expelled from HUJI in 1998.

HUJI's violent past apart, several Bangladeshi officials express surprise at the Indian government's propensity to blame the group for terror acts even before these are investigated. It happened in Varanasi, it has again happened in Hyderabad.

Fog On The Monocles