Growing GDP As A Crop

The farm is greener than five years ago, yet the bounty is hyped 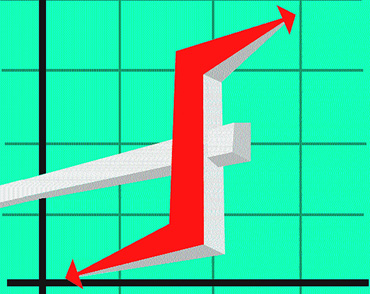 outlookindia.com
-0001-11-30T00:00:00+0553
Suddenly there is talk of agricultural and rural prosperity. Businesses are counting on rural demand as exports and investments shrink; and this is also being viewed in political circles as a reason why we may not see the anti-incumbency that swept the BJP out of power five years ago. However, much of this is overdone. Agricultural GDP is now only 17 per cent of the total GDP and this limits the extent of impact that it can have on the rest of the economy. Also, with agriculture still having to absorb roughly 50 per cent of the population, the average farmer earns only about a third of India’s per capita GDP.

It is, however, true that agriculture has rebounded from around 2005 after eight years of almost total stagnation. GDP in agriculture has grown at around 4 per cent per annum after 2004-05, compared to only about 1.5 per cent per annum between 1999-2000 and 2004-05. It is also true that the UPA government paid more attention to agriculture and spent a lot more on this sector than what the previous government did. The debt relief has reduced the burden on many farmers, making it possible for them to invest afresh. But it is still too early to judge how much of the increased growth is attributable to what the government did, or what god and weather did, or because higher international prices improved farm returns.

Also, this upward growth graph does not necessarily mean that agriculture is suddenly prosperous. People in agriculture have certainly done better in the last five years than in the five years before that. But the increase in per capita agriculture GDP since 2004 totals less than 10 per cent. Moreover, the idea that agricultural incomes were catching up with the rest is simply false. With overall GDP growth at more than 8 per cent per annum since 2004-05, twice as fast as in agriculture, people on the farms were, in fact, falling further behind the rest of the country.

Yes, there have been improvements as well. More roads have been constructed, more children are going to school, and there has been more agricultural production—that’s why the rate of growth is higher. We also now have a better safety net in the NREGS. But none of this is large enough improvement to be called prosperity. When you look at the overall expenditure on NREGS, which is perhaps the most important scheme that has been undertaken for the poor, it does not even amount to half per cent of GDP.

As for politics, rural folk may not necessarily dwell on the fact that there has been definite improvement from the scene five years ago. They may instead compare themselves with others doing better than them. They may also rightly grudge that employment cuts are mainly in the non-agricultural sectors that they can access.

How all these things divide up in politics will depend on who spins better on the story of success and failure. Whether the economy overrides issues of caste and religion varies from place to place and from time to time. But for a farmer, the economy is not just about how agriculture is doing and certainly not about GDP growth. Inflation matters to a farmer just as much as it bothers an urban person; and concerns about sadak-pani-bijli are even more serious in rural areas.

But the most important point is that even if the economy does matter a great deal, it is hard to say to whom any good or bad performance would be attributed. A lot depends on who is able to get the message across to the voters either way. To get the right message across, local equations, and not necessarily local issues, matter a lot.

(The author is member, Planning Commission.)