Grow With Roots In The Earth | By Madhav Gadgil

Kerala must now aim for harmonious development, taking into account natural, human and social capital—and do so by deepening democracy 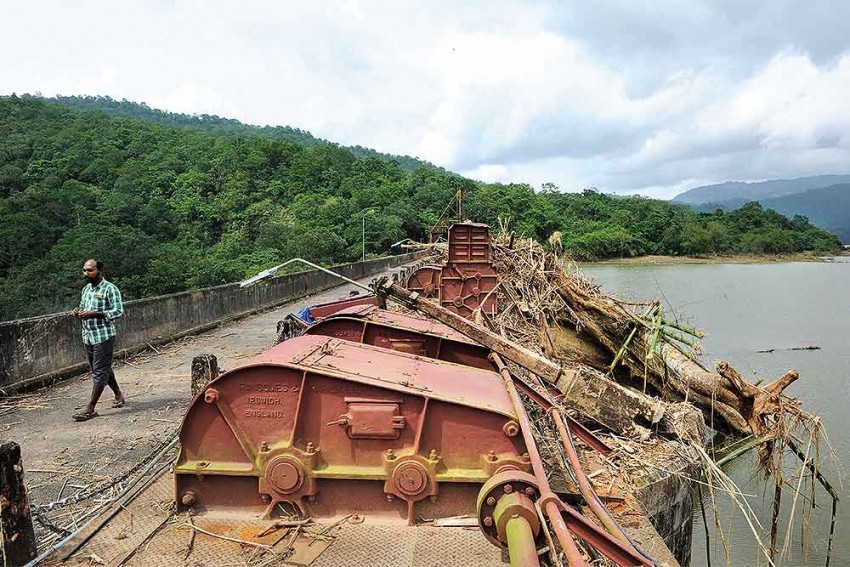 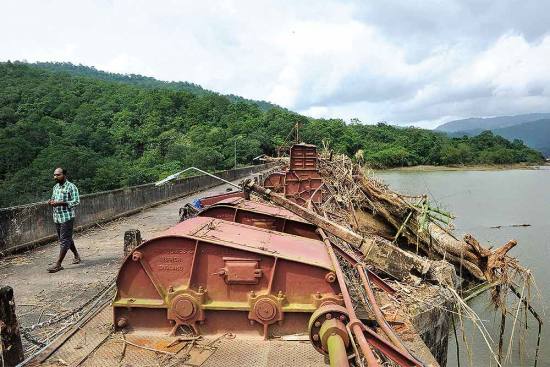 I have always been fascinated by nature and wildlife, but was really hooked when, in 1973, I first encountered the wild elephants of the Western Ghats. I looked at scientific literature and discovered that nothing reliable was known about their numbers. So, I decided to go ahead and start counting them. I began with the Mysore plateau and the Nilgiris, and then moved on to Wayanad in Kerala. Here, I was struck by the fact that while the elephants were the same, the culture of the people was strikingly different. In Karnataka and Tamil Nadu, villagers and lower forest department staff behaved in a subservient manner towards their superiors.  Not so in Kerala; this was a society where the gulf between different socioeconomic strata was far smaller. One manifestation of this was the vigorous scientific movement, the Kerala Sastra Sahitya Parishad whose motto was ‘Science for Social Revolution’. I was fascinated and have been working with many activists and academics of Kerala ever since. In today’s context, a particularly inspiring experience for me was the People’s Planning Campaign in the late 1990s, which aimed to empower people to take charge, study and carefully plan the management of local natural ­resources while pursuing their development aspirations.

Villages in eastern Maharashtra have taken charge of community forest ­resources. Kerala must emulate this on a state-wide scale.

As I continued my fieldwork, not just with elephants, but also with people rooted firmly to the ground—farmers, herders, fisherfolk and artisans—I soon realised that there was a strong and positive correlation between a healthy ecology, a healthy economy and a healthy society.  Internationally, examples include the nature-loving egalitarian soc­ieties of the Scandinavian countries, which are rich in forest and mineral resources, and are creating wealth out of them, but in ways that ensure that the quality of people’s life is enhanced in the process. But the most relevant and inspiring examples for us are our own villages in eastern Maharashtra that have taken charge of community forest resources and are managing them sustainably, with active inv­olvement of the gram sabhas. They are demonstrating how a healthy ecology and economy can go hand in hand along with a deepening of democracy. These are small-scale beginnings and need to be taken further. Kerala should now do so on the scale of the entire state. This would be particularly fitting, since it was here that the current finance minister, Thomas Isaac, had served as the chief architect of the People’s Planning Campaign.

Read Also: Anatomy Of A Flood

India remains a biomass-based civilisation and a significant majority, around three-quarters of our people, depend on a healthy base of natural ­resources in their surroundings for their livelihoods, for their health and a feeling of well-being. For them, a healthy ecology is a prerequisite of a healthy economy. It is only a minority of the people, less than one-fifth of India’s population, that do not relate in this fashion to particular localities and their base of natural resources. This minority often prospers economically by overusing or polluting natural resources of localities far away. But it is this section of Indian population that controls the polity, the bureaucracy and much of the discourse in the media. It is these people that postulate the false ­dichotomy that ecological degradation is essential for us to grow economically.

Among the proponents of such a thesis are people who have been engaged in largely illegal stone quarrying, against the wishes of the local people, throughout the Western Ghats. I had a taste of what is going on when I visited Chembanmudy village five years ago. Here, the people were on a relay hunger strike for eleven months, demanding a halt to stone-quarrying that was triggering landslides, damaging agriculture, blocking streams and polluting the air. Throughout Kerala, people have been resenting such activities. This has also led to tragedies, as in the case of 20-year-old anti-quarry activist Anoop Vellolippil, who was killed in stone-pelting by goondas employed by quarry owners during a peaceful demonstration in favour of our report and against illegal stone quarries at Kaiveli in Kozhikode district on December 16, 2014. Reportedly, nobody was ever booked for this murder.

As Nobel Laureate Joseph Stiglitz emphasises, any nation must aim at a harmonious development of its four capital stocks: not just the manmade capital that GDP highlights, but natural capital, human capital and social capital as well. A GDP-centric viewpoint focuses exclusively on economic activity in the organised industries-services sector. Thus, in the case of Chembanmudy, it will count as gains not only the quarrying, stone-crushing and truck ­transport, but also the boosting of sales of anti-­cancer and anti-asthmatic drugs as a result of the ill-health caused by the horrific air pollution res­ulting from the quarrying activities. In the absence of proper records, other relevant elements of economic ­activities that ought to be counted on the debit side, such as decline in agricultural produc­tivity and loss of employment for agricultural ­labour, will be overlooked.

The ­economy of violence promotes resource grabs and is enabled by lawlessness; Kerala has roughly 1,700 illegal quarries.

In addition, the GDP-centric view totally ignores the ongoing grave depletion of natural, human and social capitals. In Chembanmudy, landslips and blockage of streams are adversely impacting land, water, forest and biodiversity resources. Health, education and employment are three important components of human capital. But in Chembanmudy, health has suffered, with even young children developing lung cancer. Mothers have submitted petitions saying that the unceasing truck traffic does not permit their children to focus on studies. As to employment, there is little for local community members. Most of the small number of labour employed is from tribal tracts of Odisha or Jharkhand, people whose own livelihood has been destroyed by rampant mining in their native ­districts. Social capital resides in social harmony, cooperation and trust. These too are clearly suf­fering under the prevalent economy of violence. This economy is promoting the grabbing and spoiling of land, water, mineral and forest resources to benefit a few, at a cost to society at large. This is being facilitated by lawlessness and social injustice, as witness the very large number of illegal quarries currently operational in Kerala, estimated at 1,700 out of a total 2,700 functional quarries. Moreover, the claim that India’s rapid economic growth is helping to create much-needed employment is dub­ious; the annual rate of growth in employment in the organised sector, which was two per cent when GDP was growing at three per cent, actually declined to one per cent as the GDP growth rate soared to seven per cent. So, what we are witnessing is jobless growth, with accompanying erosion of natural, human and social capital.

We must, of course, immediately rush to confront the enormous challenges of rehabilitation and rebuilding. However, we must also take to heart the lessons learnt, namely, that the imprudent rush to build up manmade capital has resulted in the destruction of much of that capital along with serious erosion of natural, human and social capitals. So, it is imperative that we turn over a new leaf.  The government of Kerala must now reassure its people that it will no longer continue the policies of development by exclusion and conservation by exclusion, that it will respect the right of local communities to decide what kind of development they want and what kind of conservation measures they would like to see put in place. It must assure people that it will abandon the current system of bureaucratic implementation of conservation measures, which permits a corrupt system to harass people and to extort bribes from them. It is, after all, the local communities that have a genuine stake in the health of their own surroundings and must be empowered, as our Constitution demands. In the future, they will be much better equipped to moderate, if not fully prevent, the kind of havoc that has visited Kerala in recent weeks.

(The writer, a renowned ecologist, was chairman of the Western Ghats Ecology Expert Panel)

Anatomy Of A Flood