The title passed into common usage to des­cribe repetitive living. 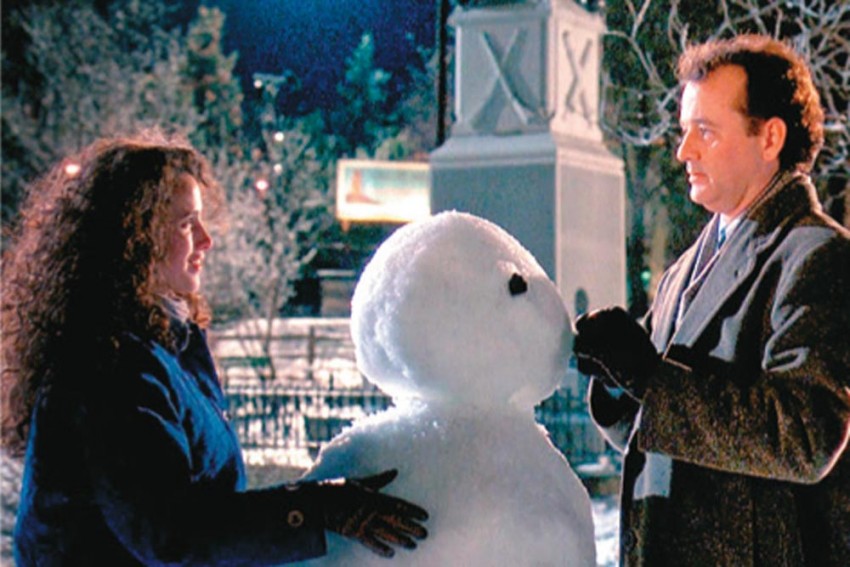 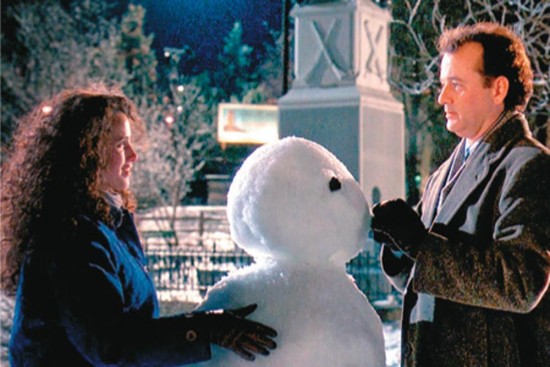 Reality-benders that are otherwise set in the world as we know it—asking questions such as ‘What if everyone looked alike?’ or, as in Groundhog Day, ‘What if someone relived a particular day over and over again?—are easier to sustain convincingly in poem, fable, short story or even on stage than in a novel or on the screen. It’s usually achieved in the longer forms through anything-can-happen fantasy or comedy. Groundhog Day takes the latter route, with the feelgood tone gradually foregrounding only towards the end, as the full-of-himself Phil Connors, underplayed by Bill Murray, turns good, gets the girl he wants, and breaks out of the unending loop of February 2s, from which even suicide had not rescued him. It’s rumoured that the making of this film broke up the friendship bet­ween Murray and director Ramis. Measures of the film’s popularity? One, the parlour game of assessing how many days—or years—the insufferable Phil might have taken to transform and free himself. Also, the title passed into common usage to des­cribe repetitive living. Aren’t our lives mostly that—and without the escape hatch to boot?

Letter From An Unknown Woman (English)