CSDS Director's diary on flying with The Maharaja from Delhi to Bangkok. 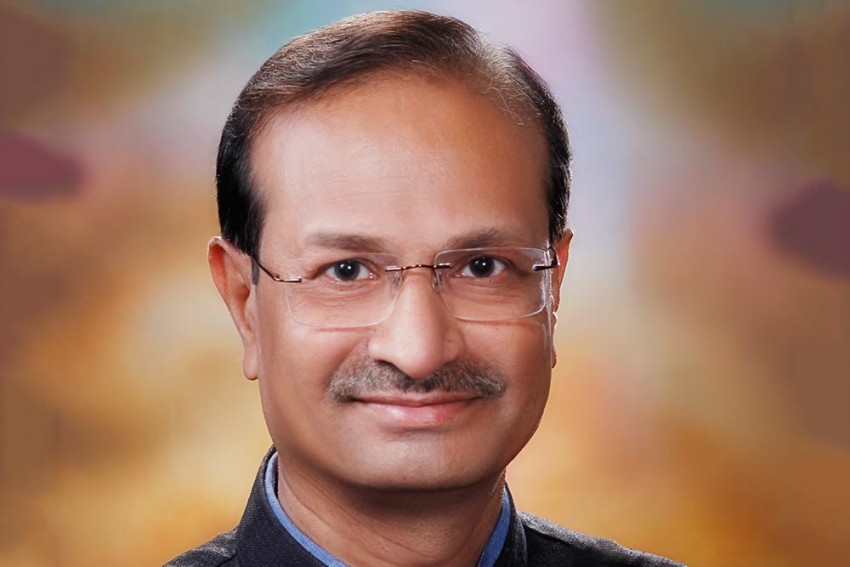 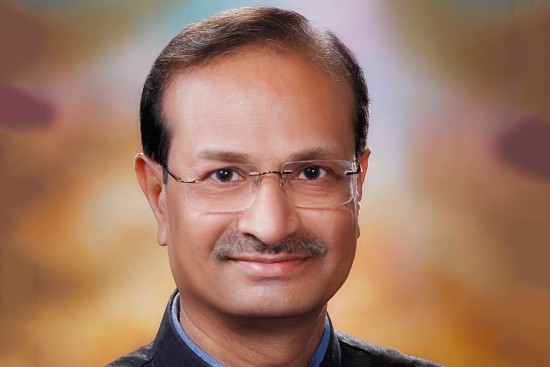 They were not speaking of God in the hangar/But of a ratio/Between what they had built and natural forces,/That everlasting cast by man/Between the unknown and known resources.

—The Ratio by John Pudney

Had we the foggiest foreboding of our chewed-up, bedraggled fate as we boarded that Air India flight (AI331) in New Delhi in the afternoon of November 11? Ah, no. Why would we? ‘Twas a mundane hop (a drop) to the south to neon-lit, tinny, domesticated Bangkok. The flight took off at its scheduled time of 1.45. It had scarcely been airborne for 20 minutes, before the pilot announced that he had to return to Delhi due to ‘technical reasons’. We were back at Delhi airport at 2.30, the pilot announcing that the aircraft was being refuelled, an operation that might take 35-40 minutes, before it takes off again. He also announced that we were to be served lunch. Passengers finished eating by 3.30 and 4 pm. Then, we waited patiently for an update.

At 4.30, I walked up to the airhostess for news. To my surprise, she was eager for it too, but had none to proffer, since the pilots had left the aircraft. This is when I decided to call up my contacts in the print and electronic media, but hardly expected the ‘story’, as it were, to ‘develop’ further. The media started calling the Air India PRO, only to be told that one pilot had missed his breath analyser test, while the other had pushed off as his ‘duty hours’ were over. After that, strict radio silence was maintained by authorities.

After a lot of nagging, we were told (unofficially) that new pilots were being arranged, which might take another 30 minutes. An hour trickled by; it was around 6 pm by now. Then, a dribble of anxiously whispered hilarity: the pilots had started from Seelampur...reached ITO...reached Dhaula Kuan...or they wouldn’t be long now as  they were coming from Vasant Kunj.... Aviator glasses were supposedly spotted at immigration, but made no haste to grace us with their presence. As AI officials continued to make themselves scarce, our aircraft was given over to confusion. The clock struck seven, then 7.30 pm. We were still as flightless as a Dodo. The aircraft had run out of food, except juices and water. Darkness had gathered outside, broken by series of lights of other ambulatory and speeding planes. Inside, the fatigued 200 drank in stale air, wishing there was stale food too. Passengers were neither allowed to leave the aircraft nor, surprisingly, allowed to cancel their ticket. Only one business class passenger was allowed to leave at 8.30 pm after he (audibly) dropped names of top officials, including that of minister Jayant Sinha. It started to feel as if we were hijacked hostages. The cabin crew, admittedly, were extremely helpful and tried their best to arrange food, but the ground staff had AI’s win­­some reputation to uphold. They stonewalled all requests by saying that the catering was done by some other department, who would be informed suitably. So, we waited.... 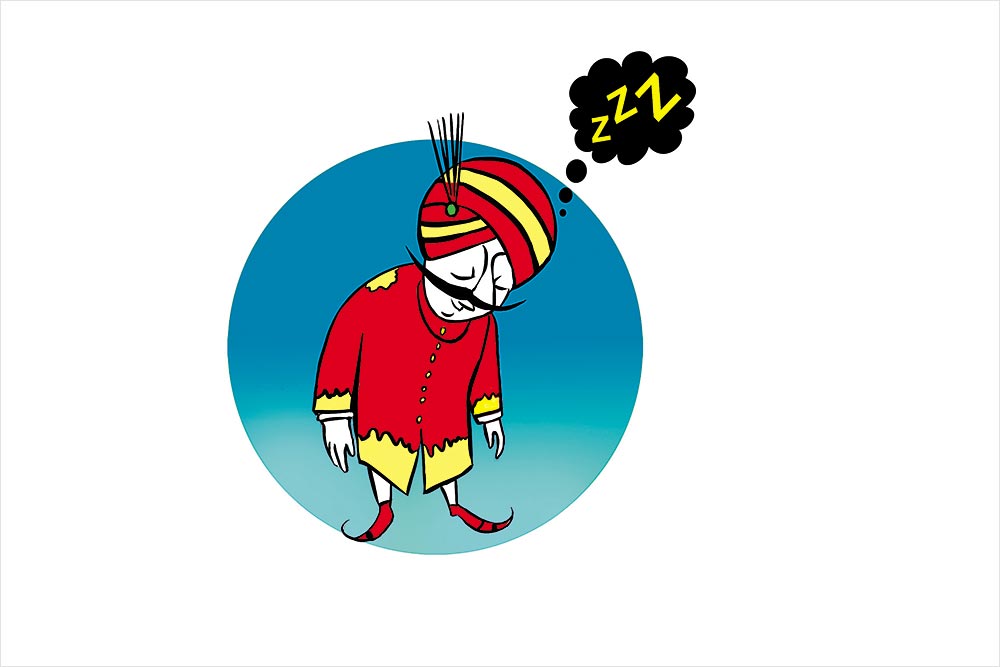 Illustration by Saahil
Can The Maharaja Speak?

....And waited. By eight, many were at the end of their tether, and tem­­pers started breaching the limits of patience. With AI aut­­horities playing the sphinx to perfection, no one could tell if the flight would take off at all. Most of us chafed at being kept hostage, at not being allowed to cancel our journey—a com­plete violation of laws. I kept updating the media over the phone and sent them images; videos shot by passengers were sent to ANI. The passengers were ravenously hungry by now.  Finally, we came to know that the pilots were on board; apparently they had arrived around 8.35 pm. Information such as this were extracted by us after a great deal of coaxing and cadging—official channels of communication remained as muted as ever. When, during the last stages of our ordeal, an AI official was on board for a short period, he managed to hurry off without so much as a word of commiseration. As a senior crew member confessed, he had not experienced such appalling apathy in 33 years of service.

When the pilots had (reliably) materialised, we insisted on loading food, as passengers were faint with hunger. It needed some convincing, for the AI was only willing to serve snacks! AI 331 took off at 9.00 pm, with over 200 passengers shut in for almost eight hours. The suspension of our flight demanded a total suspension of disbelief too. After recently being pampered by staff on a New York-Mumbai AI flight, Shahrukh Khan declared his wish to be their brand ambassador. Before taking that decisive step, he ought to fly on their Delhi-Bangkok line. They’re in need of heroics there.

(The writer is Director, CSDS)