The pitch beat all in flight and turn. But India had greater self-belief. 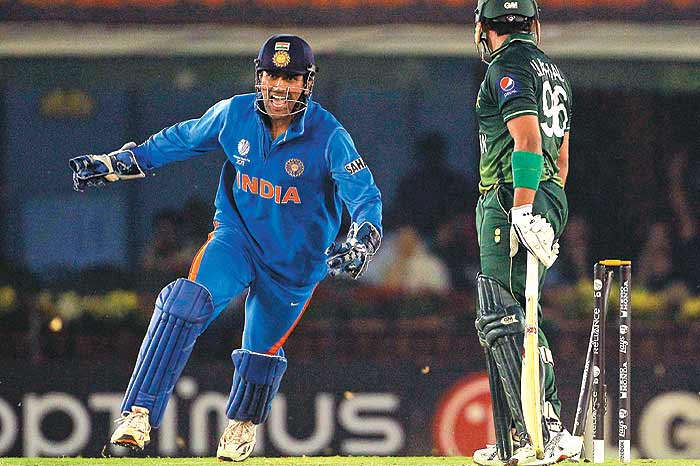 The most difficult skill in cricket is reading pitches. As yet I’ve seen nobody who has mastered this art. I have seen people master the art of batting, bowling and fielding but not quite making the right assessment of a pitch and giving accurate predictions about a surface. They may get it right a few times but not often enough to suggest a mastery over this aspect of the game.

This was reinforced when players with a combined experience of over 1,000 international matches could not quite read the Mohali pitch in one of the biggest games ever played in the subcontinent, the India-Pakistan World Cup semi-final. All the players playing the game and we, former players-turned-commentators, read the Mohali pitch as a belter that would be a batting paradise like nothing seen before.

Sourav Ganguly, who as captain of India spent a lot of time around pitches feeling the surfaces, trying to understand their true nature et al, was our TV pitch reporter for the game. “This is a pitch where 300 runs will be made and can be chased too”, was his verdict. The rest of us had no reason to dispute that, having looked at the pitch ourselves.

But it does not really matter what we commentators think of the surface; what the players do is important. And for India, what Mahendra Singh Dhoni thought on March 30 was absolutely critical. Dhoni had no hesitation in dropping R. Ashwin and getting Ashish Nehra into the playing XI. He dropped an in-form spinner to get in an out-of-form seamer. Why? Because he too thought this pitch was a belter!

As it happened, much to the delight of Dhoni, it turned out to be a slow pitch where the ball turned too. Now, when there is slow turn off the pitch, Dhoni rules as captain. Out come his various spinners, part-time as well as specialist, to tighten the noose around the opposition.

What’s more, the Indian captain also won a very, very important toss. That the pitch turned out the way it did was another bonus that came with winning the toss and batting first. Things were just falling nicely into place for India on the day that mattered. I must confess, though, that for the first time since the build-up to this game, I felt a little uncertain when India got just 260 runs on the board. Until then, I had shouted from all possible rooftops about how India was the clear favourite and the better side by far in this match-up. In fact, I felt that after an intense quarter-final against Australia in Ahmedabad, this match against Pakistan would be a one-sided affair.

But when Kamran Akmal led the run chase, I was not that sure any more. The ball was coming nicely on to the bat and all of us were still under the impression that this was a batting beauty and India had just not got enough runs on the board, and we were chewing our nails. 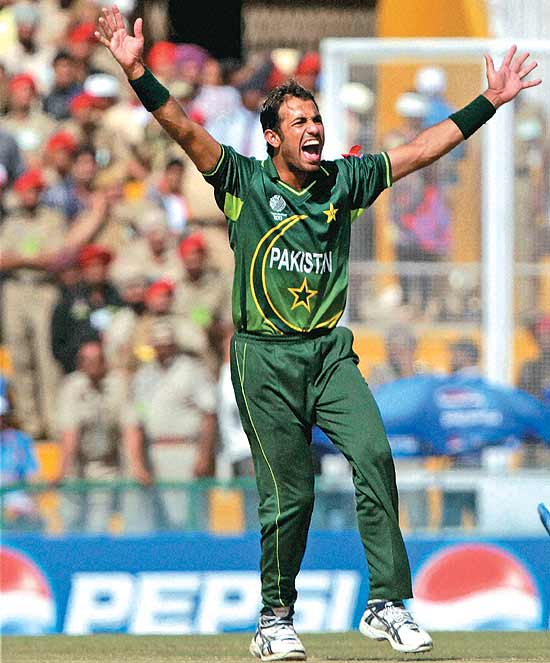 To produce genuine wicket-taking balls to get good batsmen out on a pitch devoid of seam movement was an unbelievable effort by Wahab Riaz.

Then the Indian spinners came on to bowl and that familiar slow turn became visible. What’s more, Yuvraj Singh too got the ball to turn and the pace was just slow enough to hamper smooth strokeplay. In fact, Sachin Tendulkar also mentioned that the pitch was not easy to play shots on when he was batting. No wonder we saw this kind of an innings from Tendulkar. To his credit, Tendulkar still kept going, for he is one of those guys who always aims to play the perfect innings. After seeing the catches go down one after the other, just for a while, one felt that he was almost starting to lose interest in the innings. Even if it was the innings that was potentially going to give him his landmark 100th international century. The quality of an innings also matters to this batting maestro and this effort was not quite turning out the way he wanted, was it?

Because India started losing wickets at the other end, Tendulkar was left with no choice but to keep hanging in there. Also, he may have realised while batting on it that this was not the 300-run pitch everyone thought it was. For Pakistan, suddenly, 260 runs looked like a mountain to climb. It’s quite amazing how much the pitch dictates pretty much everything in this sport.

Anyway, Dhoni was on familiar terrain when he realised he could bowl Yuvraj a lot and that Ashwin’s absence was not going to hurt him too much, and he started to relax. Just watching him operate as captain on Wednesday night, I got the feeling that Dhoni also raises his captaincy according to the game. In a boring bilateral one-day game he may make some bowling changes that you would not understand, but in a game like this his captaincy is almost flawless. Maybe the results of his moves go wrong sometimes but everyone who understands the game can see a convincing cricketing logic in all his decisions. I really think, along with a few others, Dhoni was one of the stars of that Indian win, for only his captaincy.

I’m one of those who think that the man of the match should always be from the side that has won. The argument against naming him from the losing side is that if someone has performed so well, the question naturally follows: why did his team not end up on the winning side? That is the logic behind it. But you felt like making an exception in this match with Wahab Riaz. Five wickets on a pitch that had nothing at all for him was a tremendous performance. And every wicket that he picked up was through a great delivery. Very often in one-day cricket when a bowler gets five wickets, three of them invariably result from the batsmen trying to slog him and getting caught somewhere in the deep in the final overs.

Not here, though. Wahab had the batsmen out when they were looking to defend, except perhaps Zaheer Khan. To produce such lethal deliveries to get good batsmen out on a pitch totally devoid of seam movement and bounce was an unbelievable effort to say the least. But then, why do we keep getting amazed by the seam talent that keeps coming through from across the border? We should be used to that by now.

What eventually prevailed in this match of the decade was pure cricket logic: The team with more strengths won. India’s greater batting ability, self-belief, and superior thought process through their leadership ultimately proved just too much for Pakistan to handle, however strong their bowling was.