The TMC threatens to bite the domestic hand; the DMK growls 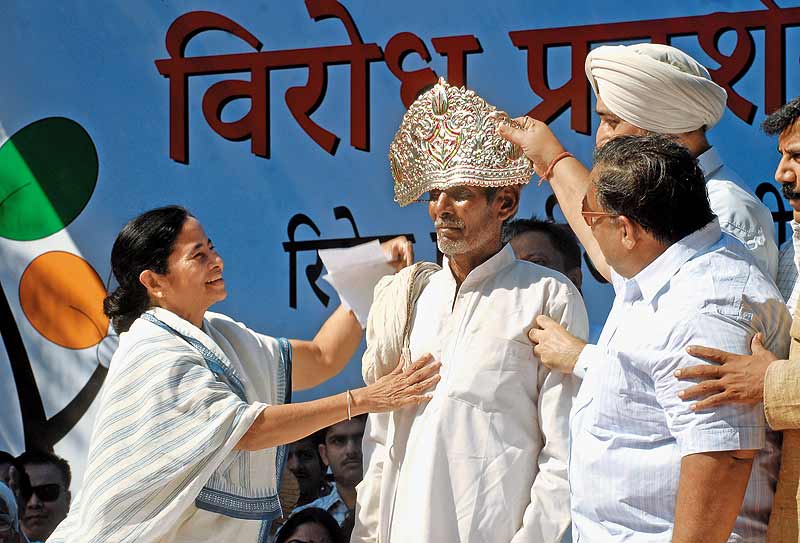 The political tug-of-war over FDI in multi-brand retail has prompted moves of realpolitik by the UPA’s partners, both present and past. While West Bengal CM Mamata Banerjee took the battle to Delhi, the TMC back home aimed a mighty blow and announced it would also oppose domestic investment in the retail sector in the state. From Big Bazaar, Reliance Fresh and Spencer’s to More and Pantaloons, there’s no shortage of organised retailers in West Bengal.

The proposal created a storm of indignation. Dancer Alokananda Ray, who is close to Mamata, says: “I don’t understand politics and I don’t know the pros and cons of FDI, but I know that as a citizen of Calcutta I can’t imagine our city would be deprived of modern amenities like organised retail outlets, which have made life so much more convenient.”

Breaking his silence since the Left defeat in the assembly polls, former state industry minister Nirupam Sen told Outlook that the TMC stance was “detrimental to the economic growth of Bengal”. Recalling how his efforts to bring Tata Motors was squashed by the TMC, Sen says, “The move to block not just FDI but domestic investment is going to plunge the state into further darkness and chase out all manner of investment”. Alarmed by the reaction, panchayat minister Subrata Mukherjee said that the recommendation will not become law in the near future.

Further south, DMK chief M. Karunanidhi issued a statement asking the PM to reconsider the FDI move. Quite simply, Karunanidhi has to advertise that he cannot be taken for granted and has to convey, also for possible future use, that he is not party to the Congress’s “anti-people” policies. He’s expected to let off steam, but not pull the plug. “Even if there is a vote on FDI, the government will not fall,” says political commentator Cho Ramaswamy.

By Dola Mitra and Pushpa Iyengar